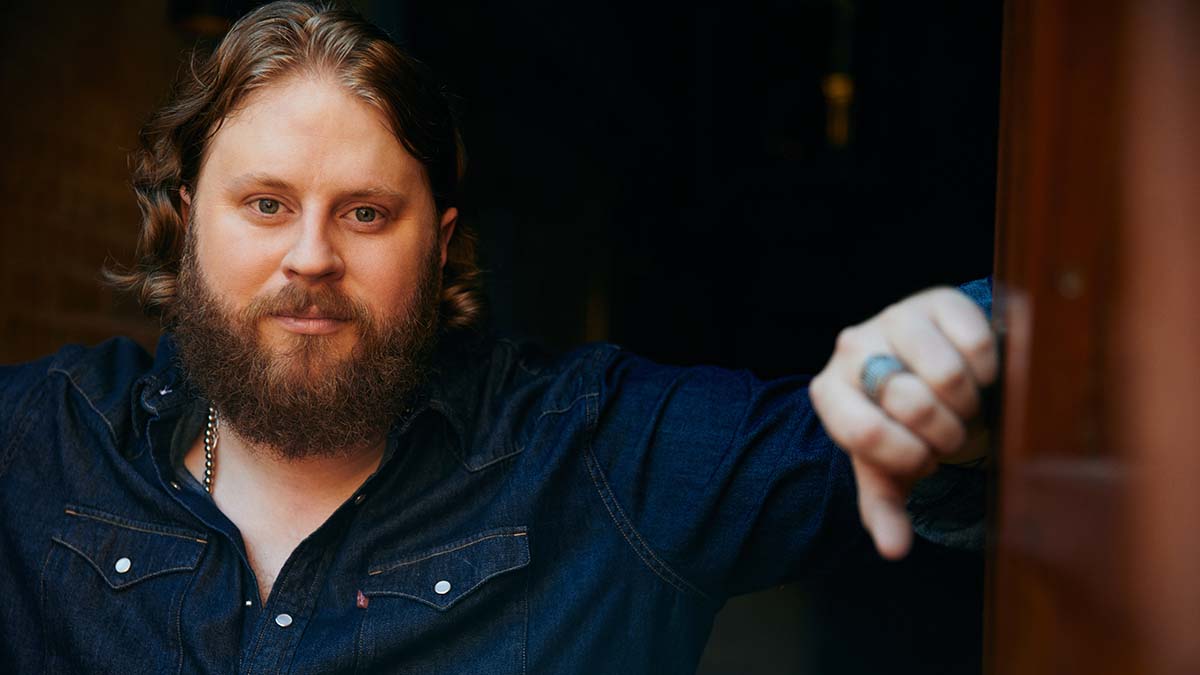 California native Nate Smith is signed to Sony Music Nashville and he’s garnering plenty of attention with his single “I Don’t Wanna Go To Heaven”.

Inspired by a range of artists such as Garth Brooks, Elvis Presley and Bob Seger, Smith has shown incredible tenacity and patience as he’s worked hard to establish himself as an artist.

I caught up with Nate to talk about the success of “I Don’t Wanna Go To Heaven”, discuss his plans for new music and find out more about his journey as an artist so far…

Your current single is “I Don’t Wanna Go To Heaven”. What’s the story behind the song?

“I Don’t Wanna Go To Heaven” is a song about appreciating life now. It’s about not taking the things right in front of you for granted. It’s so easy to do when we get busy, but I really feel like the song does a good job reminding me of that.

The song has been blowing up on TikTok and has had more than 4 million streams on Spotify. What’s it been like to see the reaction it’s been getting?

Seeing the way people have reacted to the song has blown my mind. The coolest part to me is to see how many different ways the song relates to people. Some people have been terminally ill, and found it to be an anthem for them, and some people have used it for their wedding. It’s insane. I’m grateful that I could help write something that could mean that much to somebody.

2022 is going to be a blast! I’ve recorded a few more songs, and my amazing team and I will figure out the best way to release them! I’m very excited for everyone to hear them.

Tell us about your journey to getting to this point in your career. When did you decide to pursue music and what hurdles have you had to overcome?

The road getting to Nashville (for the second time) has been a rocky one, but amazing at the same time. Long story short, but my hometown, Paradise, California, burned down in 2018, and I lost everything I’ve ever had. To be honest, I was thankful to have come out alive, and it gave me a second chance at life. I wrote a song about the fire and saw it connect with people in a way that I had never anticipated. It truly brought my mission right to my doorstep. To write songs that inspire hope.

I started writing more music after that point and played shows. My friends had all been encouraging me to make the move back to Nashville, so they started a Go Fund for me to get back. I packed up my car and drove all around America for a month and a half, living out of my car. When I got to Nashville, I met some incredible people who were in a position to help me out, and I eventually landed management, booking, publishing and a record deal in just under a year.

How have you dealt with the pandemic and what did you do to keep yourself going through that time?

The pandemic definitely has been challenging, but I haven’t stopped. I’ve kept working hard on my craft and have tried to make the best out of it.

You’ve toured alongside the likes of Brett Eldredge and Morgan Evans. Who has been your favourite to tour with and what did you learn on the road?

I still can’t believe I was able to be on tour with those talented people.  I can’t pick favorites, but I’ve learned so much from everyone I’ve had the privilege of sharing a stage with. There’s a lot to learn in this business, and the wealth of knowledge I’m learning is priceless. Also, it was so much fun to play shows again!

When will we see you over here in the UK?

I hope to come play a show in the UK ASAP!!! Say the word, I’ll be right there!

What else do you want to achieve this year?

This year, as weird as it sounds, I want to learn to love myself better. Physically, mentally and spiritually. I care so much about other people and feel like I’ve got to take care of myself first, and once I do that, I’ll be able to make an even greater impact on others.

Nate Smith’s single “I Don’t Wanna Go To Heaven” is available to stream and download now. Watch the choir version of the music video below: