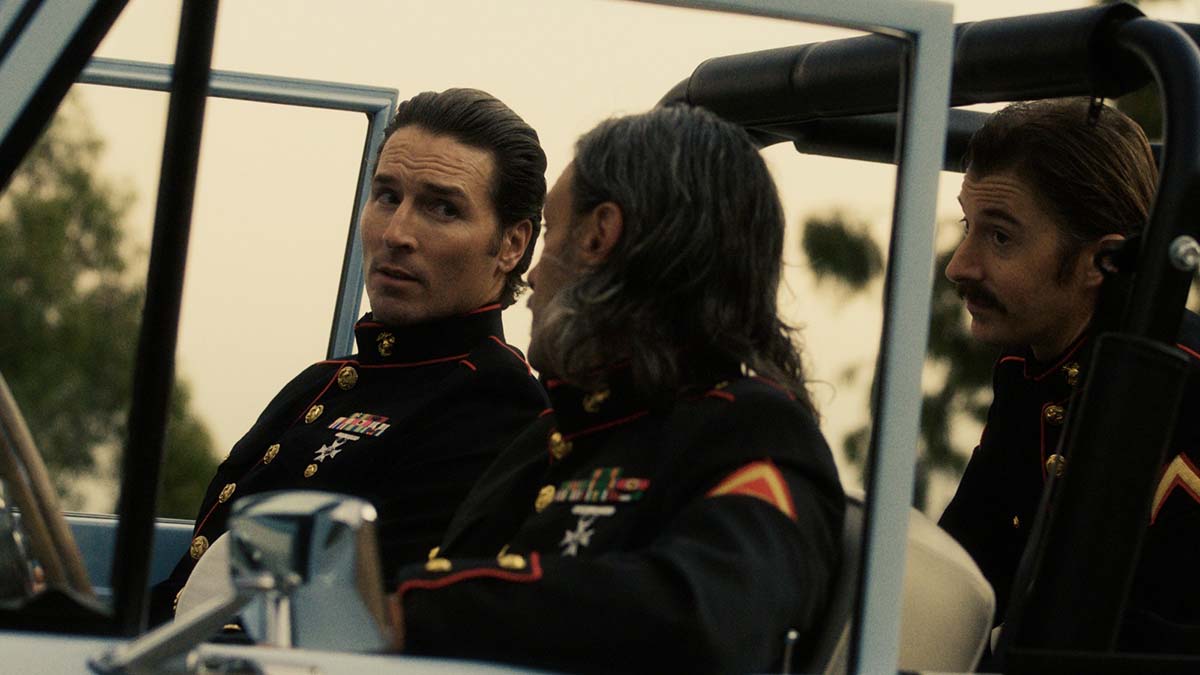 Midland have released the music video for their new single ‘Sunrise Tells The Story’, taken from their ‘The Last Resort’ EP.

‘Sunrise Tells The Story’ riffs on the ‘Officer & A Gentleman’ notion of the class structures, formalities, and realities of military life. But rather than the heroine being a local girl, the young woman is the chief officer’s daughter – and the location is his retirement party.

“We’ve always loved pop culture,” says bassist/harmony singer Cameron Duddy, “and the way it threads through how people live. Done properly, it becomes what people reference in their lives… and when we were trying to think of how to represent this song, we wanted something more than just the obvious reference to a guy and a girl getting together.”

“And,” adds guitarist/vocalist Jess Carson, “we wanted to show people our own dynamic, too. How do you show our friendship in a way that’s not just a bunch of guys on the road?”

The video is directed by Duddy and it captures the trio’s well-known brand of wry humour.

Band member Mark Wystrach, who serves as the clip’s sex symbol, recognizes the tension between storylines.

“No one story really serves what’s going on here,” says Wystrach. “If you’ve been around us, we’re always pranking each other, because that’s who we are. But this song is something completely else. How do you show that? That’s where the three of us being us comes in, so it’s not so serious or so much a sexy video.”

“Cam wanted to raise the stakes, and what is more serious or important than our military?” adds Wystrach. “My father is a decorated veteran, and I know how protective those men are of their daughters! There couldn’t be a worse choice of a girl to fall in love with, but the heart wants what it wants. Plus, if there’s anyone who’s going to be a little fast and loose at a party, no matter where, it’s us…”

Watch the video at the top of this article.