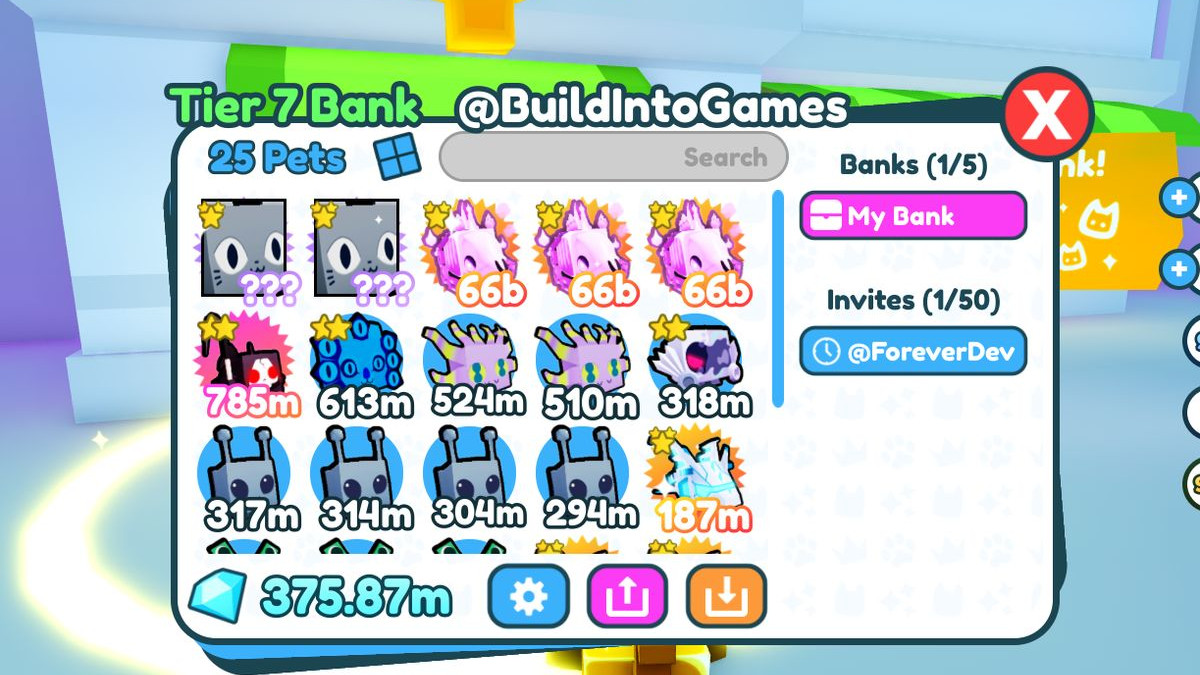 It’s been three weeks since we last saw an update for Pet Simulator X but the new Bank Update is surely worth the wait. This new update adds the brand new bank feature plus several other major changes as well as the usual polishing and bug fixing.

The bank will allow players to store large amounts of pets and diamonds and share them across servers with friends or other people they trust. Players will also earn interest on any diamonds they have in the bank across several tiers. Tiers go as high as seven and each increase will result in better perks in return.

The banks will appear in all worlds bar the Tech World and it will cost 7.5 million diamonds to open your account.

In the update blog, Preston acknowledges the end game afk grind and wants to reward players who actually interact with the game. To this end, he has introduced loot bags. These loot bags will randomly appear when you gather coins and contain large quantities of diamonds, coins or even boosts. There will also be super rare versions with even greater rewards.

These are the major changes in this update but there are more and to get the full lowdown head to the official Pet Simulator Blog Page.