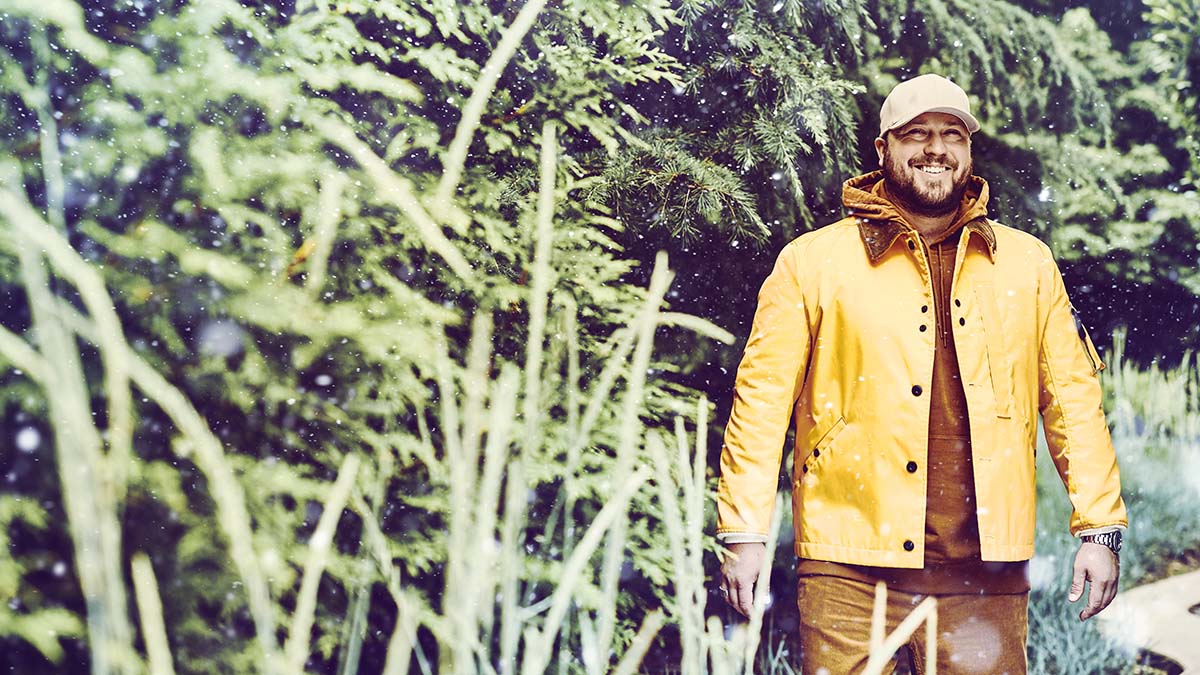 Mitchell Tenpenny has been enjoying a steady rise in Country music since the release of his 2018 debut album ‘Telling All My Secrets’. He enjoyed a breakthrough with the album’s lead single ‘Drunk Me’ and since then he’s established himself as one of the most promising new artists in the genre. Earlier this year Tenpenny released his EP ‘Midtown Diaries’, which pushed his brand of soulful Country into new and promising areas. As we approach the festive season, Tenpenny is extending his 2020 EP ‘Neon Christmas’ into a full-fledged Christmas album titled ‘Naughty List’.

‘Naughty List’ features all seven tracks from ‘Neon Christmas’ along with four brand new songs. Opening with ‘Neon Christmas’, Tenpenny manages to mix his own unique style with identifiable Christmas music melodies. The jingly-jangly song is the perfect opener for Tenpenny’s tour-de-force take on what a collection of festive tunes should sound like. Second track ‘Snow Angels’ is a surprisingly sexy festive original that channels 90s R&B for a seductive mid-tempo jam. Has Christmas ever sounded sexier? I don’t think so and that guitar solo in the middle of the song is a real unexpected treat.

Of the other originals here, ‘Naughty List’ is another ode to getting hot and heavy during the festive season with a mix of saucy and clever lyrics, “Don’t Hang The Mistletoe’ is a soulful ode to finding your other half hard to resist, and ‘I Hope It Snows’ features Tenpenny’s partner and fellow Country singer Meghan Patrick, and is a standout moment that celebrates spending Christmas with a loved one.

When it comes to covering he classics, Tenpenny isn’t frightened to put his own spin on them. ‘Have Yourself a Merry Little Christmas’ is given a loose groove that shouldn’t work but it does, ‘Let It Snow! Let It Snow! Let It Snow!’ gets a Boyz II Men like spoken word outro that is as effective as it is entertaining, and ‘Joy To The World’ mixes traditional Country instrumentation with Christmas tradition to great effect.

One of my favourites is a rocked-up version of ‘Jingle Bell Rock’ that sits somewhere between The Darkness and Hall & Oates. ‘Santa Claus Is Comin’ To Town’ follows a similar route before taking a detour into Korn territory at the end, for the album’s most unexpected moment.

With ‘Naughty List’ Tenpenny has succeeded in putting his own stamp on Christmas music. I’m not usually a fan of contemporary takes on Christmas classics but this album really won me over. Tenpenny hasn’t paid lip service to the songs he covers, he’s actually put his own stamp on them in a way that feels fresh and original. His original songs sit neatly alongside them and ‘Naughty List’ is a refreshing and hugely enjoyable festive collection.