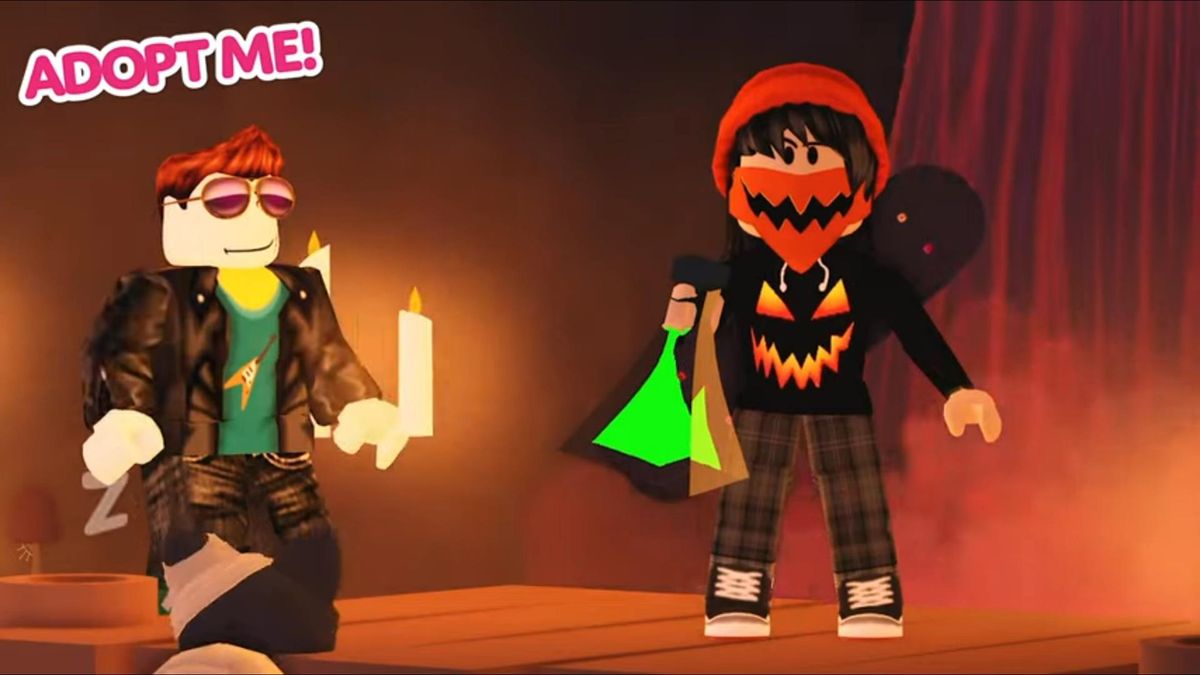 It’s almost time for this years Halloween update to go live in Adopt Me on Roblox. The update will go live tomorrow (28th October) at 4 pm BST. The update will once again include the candy currency, new pets to collect and new mini-games to play.

The mini-games are the way you can earn candy and there are two games to choose from. One game sees you collecting mushrooms and turning them into magic potions. The other involves racing around Adoption Island against no other than the headless horseman!

Watch the announcement video below:

Once you’ve collected enough candy you’ll be able to spend it on the new cat boxes that are available for a limited time, each cat box will cost 600 candy. These are similar to the bat boxes from last year and offer a chance of getting one of three different mummy cats. There is a black, white and blue cat available with the blue one being the rarest.

In addition to the cat boxes, there are other pets available. Some appear to be available by spending candy although the prices haven’t been revealed yet and there is the addition of a limited-time premium pet that can be bought with Robux.

The pets you can buy with candy are the Evil Dachshund, Skele Dog and Scorpion. The premium pet is the rather impressive looking Ghost Dragon which will cost a rather expensive 1250 Robux!

Once again it seems there is something for everyone in this year’s update and the Adopt Me team have knocked it out of the park once again.

Check out the gallery below if you want a closer look at the pets: