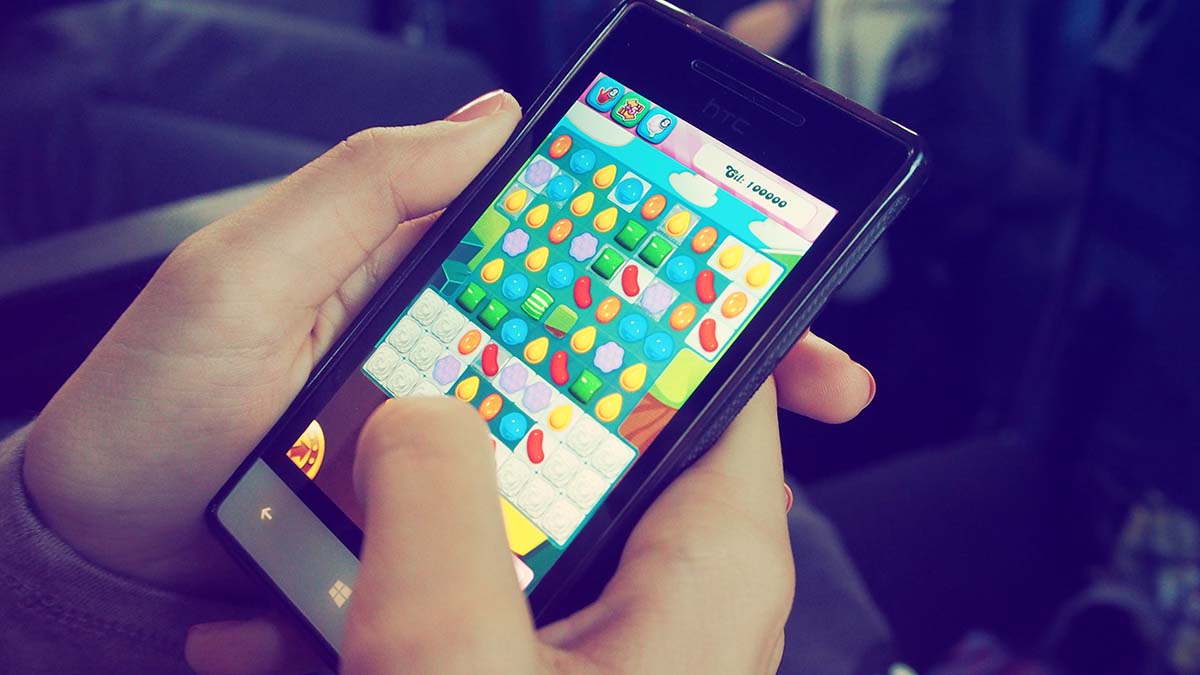 Despite not existing until relatively recently, the mobile gaming industry has become a global phenomenon with millions of players taking their gaming with them wherever they go. From simple puzzle games to massively multiplayer online role-playing games (MMORPG) that have thousands of players joining forces to complete quests together, there’s a mobile game to suit everyone.

In the early days of mobile phone technology, gamers were thrilled when their phones came pre-loaded with classic games such as ‘snake’ and the idea of playing games on a phone really took hold. As technology advanced and mobile phones became more and more sophisticated, so too did the games that could be played on them.

As computer gaming became a fast-growing market, developers were using the decreasing size of microchips, the improvements in graphics, and faster more efficient processors to capitalise on the opportunity to develop an entirely new gaming sector. Players didn’t want to be limited by their home computers and mobile phones technology was breaking new ground every few months, providing a prime opportunity for a convenient and flexible way to game on the go.

Mobile gaming for the modern day

Games designers soon began creating games specifically for the mobile market, building in features that make them more appealing to those who are gaming on the go. By analysing the way people interact with their phones and considering the circumstances in which they would be likely to be gaming, they developed games that worked with smaller screens, made features such as pause buttons easy to access, and designed games that could be played in short bursts to accommodate playing habits.

The mobile gaming industry also built up entirely new sales models for games, such as ‘freemium’ gaming whereby the initial download attracts no cost, but in-game achievements can be unlocked faster with small payments that make the game profitable. Developers also offer ad-free versions of games for a minimal charge, giving customers the choice over whether they want to contribute their time or money to play the game.

Mobile games are designed to be easily accessible, and with more than 2.2 billion mobile gamers worldwide, the market is significant. Gaming accounts for nearly half of all smartphone usage and the market is estimated to be worth more than 76 billion dollars, so it’s no surprise that there are still new and exciting games being developed and brought to market as the sector continues to grow.

So, it’s no surprise that there are nearly half a million games to choose from when browsing the app store, and some of the best are just begging to be downloaded:

Although it may have its roots firmly offline in the 20th century, bingo has been given a new lease of life when it comes to online gaming. Playing bingo on a mobile device has all the advantages of any game of bingo, with the added benefits of being flexible and convenient. One of the main benefits of the game are the free bingo games, allowing players to play the game without using their own money, the best part is they even have the chance to win real money!

Mobile bingo games are designed to be short, allowing players to fit them in on their commute, during breaks or whenever they find a little downtime. The social aspects of the game that made it such a popular choice during the bingo boom of the 1980s are all preserved via online chat forums and social media, and the addition of promotions, special offers, and bonuses bring the best of offline bingo to the online game.

With so many shooting games to choose from, it may come as no surprise to learn that the mobile version of ‘Call of Duty’ has been a top pick among gamers in 2021. Bringing players the excitement of the original game in a mobile format, some say that this version combines all the more compelling elements from the existing games.

The format is a first-person shooter and the high-quality of the franchise has been carried across to the mobile version with excellent control support and a range of different modes, including the chance to play in Battle Royale mode.

First person shooter games like Call of Duty are one of the most popular games on mobile devices.

As well as taking popular culture by storm, ‘Among Us’ has also racked up millions of fans who love the simplicity of the concept combined with its modern take on a whodunnit. Players work together through the online interface, joining forces to prepare a spaceship for departure, but one of them is an imposter.

For fans of fantasy, anime and action, this role-playing game has a lot to offer, from beautifully rendered graphics to exciting and engaging game play. It leans heavily on influences from other popular games, such as ‘The Legend of Zelda’, but with a new twist that makes it stand out from the crowd, and it’s all free to play.

With mobile gaming continuing to increase in popularity, there are so many ways to have fun on a smartphone that players are spoilt for choice. From puzzles and strategy games to action and adventure, the future suggests that gaming is not only here to stay, but that it will continue to evolve and develop in line with the incredible demand from the gaming community to offer even more sensational games in years to come.