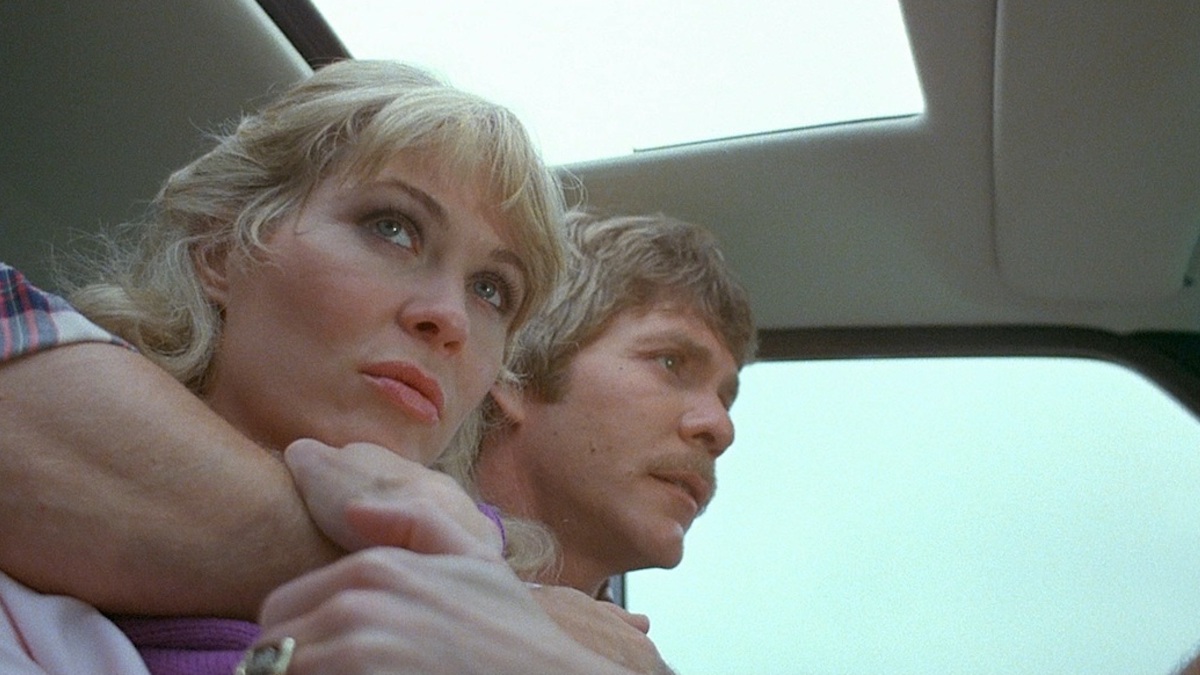 1981 was the year of the werewolf. Cinematically speaking, of course. ‘American Werewolf in London’ was the one we all remember, and has gone on to be recognised as a seminal classic. ‘Wolfen’ is the one we all forget, though is perhaps the most interesting. And ‘The Howling’ is the weird one that has become something of a cult favourite over the years. Joe Dante’s unashamed homage to his B-movie roots has been given a sparkling new release from Studiocanal, just in time to be added to your Halloween watch-list.

‘The Howling’ opens with a remarkable, almost De Palma-esque sequence, which sees TV news anchor Karen White (Dee Wallace) putting her life on the line as part of a police sting operation to catch the depraved serial killer who has been stalking her. When Karen finally sees the face of her tormentor, in the seconds before he is shot dead by the police, she is so traumatised that all memory of the event is erased from her mind.

Following an on-air breakdown, Karen’s therapist Dr Waggner (Patrick Macnee) suggests she takes some time away, and recommends his rehab colony at a secluded resort in the country. What at first seems like a relaxing retreat, quickly turns into a nightmare, as some of the other residents of the colony are not quite what they seem.

Even as beautifully cleaned up as this new restoration is (check out the deleted scenes for a comparison with the un-remastered footage) the film itself hasn’t aged particularly well. Satirising the self-help and pop-psychology fad of the 70s and 80s, ‘The Howling’ is certainly one of the more thematically interesting takes on the werewolf genre, driving home its message of primal predatory instinct that is buried deep within us all. The script however, even by B-movie standards, is a bit of a tonal mish-mash, and the pacing sags in the middle. Though a brief cameo from Dante regular Dick Miller as the owner of an occult bookshop is a fun addition to proceedings.

However, it is more than worth sticking with. The final act is terrific fun, and it is propelled by the outstanding transformation sequence created by special effects genius Rob Bottin. The prosthetic work is technically incredible, and a showcase for Bottin’s gift for the grotesque when it comes to practical horror effects.

Whilst the transformation is probably what the film is best known for, its secret weapon is Dee Wallace. The legendary scream queen delivers a great performance as the beleaguered TV host. She is one of those actresses who is just inherently likeable, and that is a perfect trait when it comes to being a horror lead. The muddled script forces her to be somewhat passive in the second act, but when she is finally given the chance to take control of the situation, she does so with gusto.

Studiocanal have pulled together a decent release for this 40th anniversary edition of ‘The Howling’. The first special feature on the disc is a brand new interview with Joe Dante talking about his career and influences. There’s lots of talk about Roger Corman, monster movies, and grindhouse flicks. As you’d expect, the majority of the interview is focused on the ‘The Howling’, but bizarrely there is absolutely no mention of ‘Gremlins’.

Delving into the archives is Welcome to Werewolfland, a 50-minute documentary from 2004 about the making of the film. There’s also 10 minutes of un-remastered deleted scenes, 12-mins of goofs and outtakes, and the new trailer for this release. If you are splashing out on the 4K limited edition, you will also get 5 art cards, and a 20-page booklet with the original press kit, new stills, and an essay.