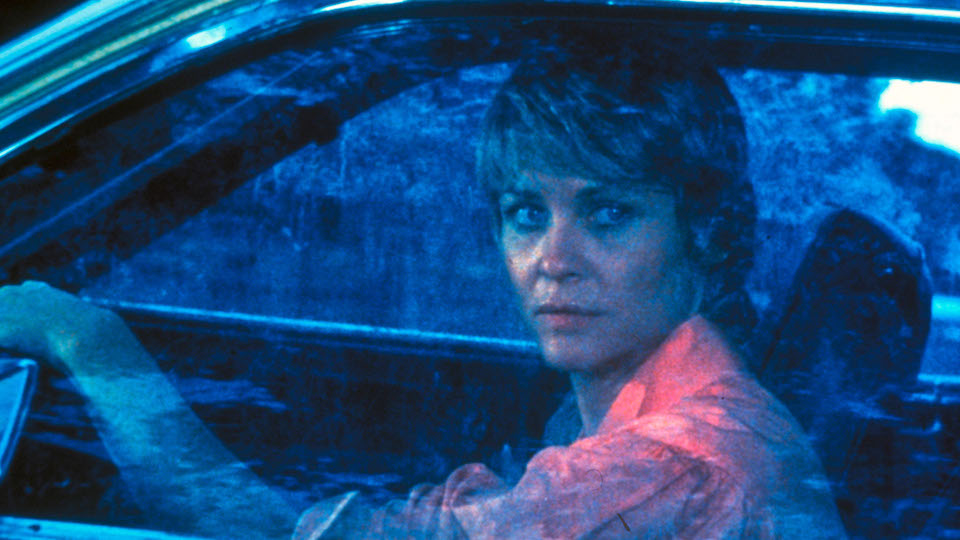 This is something of an unexpected release, though not an unwelcome one. As I’m sure you’re all aware, since the success of the new version of IT, Stephen King’s back catalogue is being mined for all it’s worth. There are countless movies and television shows based on his books currently in production, and even more in development. What we’re also seeing is spiffy new releases of films from the dark depths of his filmography. Recently we have had newly restored editions of Christine and Pet Sematary, and now we’ve got this monster edition of Cujo, making its UK debut on Blu-ray.

So what’s unexpected about it I hear you ask? Well, it’s a 90-minute film about a killer dog, and it’s being released in a bumper special edition with more than 7-hours of bonus content. You wouldn’t get that on a Criterion release of an Ozu film. So yes, unexpected, but as I said, not unwelcome.

Based on novel of the same name, Cujo is one of the books that emerged from the dark haze of booze and drugs that King struggled through for many years. In his fantastic memoir On Writing, King confessed to having barely any memory of even writing the book. Which is pretty incredibly because it’s a damn good novel. The film isn’t too bad either.

A kind of horror-siege movie, Cujo is about a gentle St. Bernard dog who is bitten by a rabid bat. Cujo belongs to a car mechanic based out in the sticks of rural Maine. When Donna (Dee Wallace) and her son Tad (Danny Pintauro) drive out to get some repairs on their car they find the place abandoned. Her car breaks down completely, and they are then attacked by Cujo, who has been transformed by rabies into a ferocious and deadly beast.

There are numerous little plots and subplots that leads to Donna and Tad being out there on their own, and director Lewis Teague does an excellent job setting all this up in the first act, and efficiently boiling down King’s sprawling plot. Jan de Bont’s cinematography ensures the film is beautifully staged, with some very neat visual tricks as well.

The film lulls ever so slightly in the second act, but things kick back into gear once we get to the attack. By this time Cujo has transformed into a hideous sight, covered in filthy matted fur, blood, pus, and foaming at his not inconsiderable maw. Demented by the disease, he holds Donna and Tad hostage in the car for days, terrorising them, as they succumb to heat and dehydration.

Dee Wallace is the pick of the cast, delivering a sensational performance as Donna, in what is her most famous role (after E.T. of course). The fundamental flaw with Cujo however, compared with something like Jaws, is that the shark elicits no sympathy. But no matter how degraded and monstrous Cujo becomes, you can still see that big old lovable pooch. Seeing him turn rabid just makes me feel really sad, and wish that someone had taken the poor bastard to the vet.

As I mentioned at the top of the review, this new release from Eureka is loaded with special features. Disc One comes with a feature length commentary from Lee Gambin, author of Nope, Nothing Wrong Here: The Making of Cujo.

The disc also comes with a series of brand-new interviews produced exclusively for this release. It’s as comprehensive a retrospective of a film as you are ever likely to get. We have Dee Wallace, composer Charles Bernstein, stuntman Gary Morgan, stuntwoman Jean Coulter, casting director Marcia Ross, visual effects artist Kathie Lawrence, special effects designer Robert Clark, and dog trainer Teresa Miller all sharing their recollections of the film. Dee Wallace is particularly good value in her interview. Going against the old W.C. Fields wisdom of never working with children or animals, she spent half of this film working with both. She recalls that getting a take where all of them were on point meant she had to be on her game all the time.

Dog Days: The Making of Cujo is an archival documentary on the film’s production. It features interviews with all the main cast and crew. There’s no behind the scenes footage, but there are some production stills from the set interspersed with the interviews. The best of which is probably the reveal of the man in the dog suit. Genuinely, the film is edited so well, you’d never have known.

The disc is rounded off with a selection of trailers and TV spots. Disc Two comes with a 96-minute Q and A with Dee Wallace from the Cinemaniacs and Monsters Fest in 2015, moderated by Lee Gambin. Finally, there is a brand-new interview with horror expert Kim Newman, which is as fantastic and insightful as you would expect.