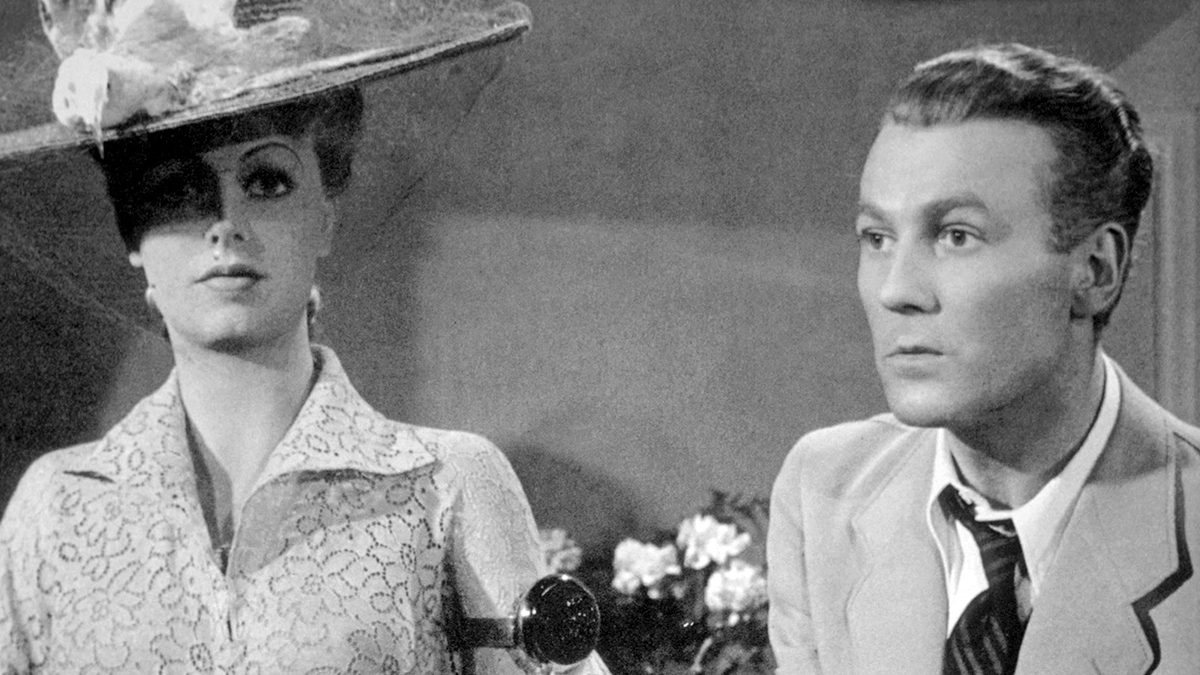 The 1945 French film ‘Falbalas’ by Jacques Becker is a welcome addition to Studiocanal’s Vintage World Cinema collection. The brand new restoration is available on Blu-ray, the format we saw it on, as well as DVD and digital.

Charismatic Belgian actor Raymond Rouleau stars as Philippe, a Parisian fashion designer. When he meets Micheline (Micheline Presle), a naive young woman, he is instantly captivated by her beauty. But Philippe is a lifelong Casanova, moving from one conquest to the next for the thrill of the chase. Micheline is engaged to Philippe’s friend Daniel (Jean Chevrier), but he is a serious, ordinary fellow, and she is having doubts that they should marry. When Philippe can’t help himself and makes a move on Micheline, he start a chain of events that will change all of their lives.

‘Falbalas’ is essentially a love triangle story, but it is told with considerable flair by director Jacques Becker against the background of a busy Parisian fashion house. Location filming in immediately post-war Paris is used for parts of the film, giving it a historical significance and rooting it in a strong period setting. The lead actors give great performances, and despite the infidelity, none emerges as a character you can’t sympathise with. Micheline Presle’s steely and pragmatic Micheline is a perfect foil for Raymond Rouleau’s romanticism and Jean Chevrier’s dour dependability.

There are touches of melodrama about the film, especially in some of the climactic sequences when Philippe doesn’t distinguish between one of his dummies and Micheline, but it is carried off with enough style to keep audiences engaged in the story. It veers from the comedic to the tragic but with authenticity throughout. However, with themes of spurned love and suicide, it is a film you have to be in the right mood for.

This restoration gives a clean and sharp picture quality for a film of that age, though the sound doesn’t have the clarity of more modern films. Subtitles are helpful for those who can’t quite discern the French language. There are quite a few extras on the disc to attract collectors. The son of director Jacques Becker appears in ‘Falbalas: a family affair’ to explain how his father came by the idea of the story from his mother. There is an interview with contemporary fashion designer Jean Paul Gaultier, who had been moved to go into the fashion industry by the film. You can also see an interview from a few decades ago with one of the stars, Micheline Presle, about her involvement with the film and her experience of working with Becker. Now 99 years of age, she is the surviving member of the main cast. You can also see some contemporary auditions for the children who play the table tennis game, and a restored version of the film.