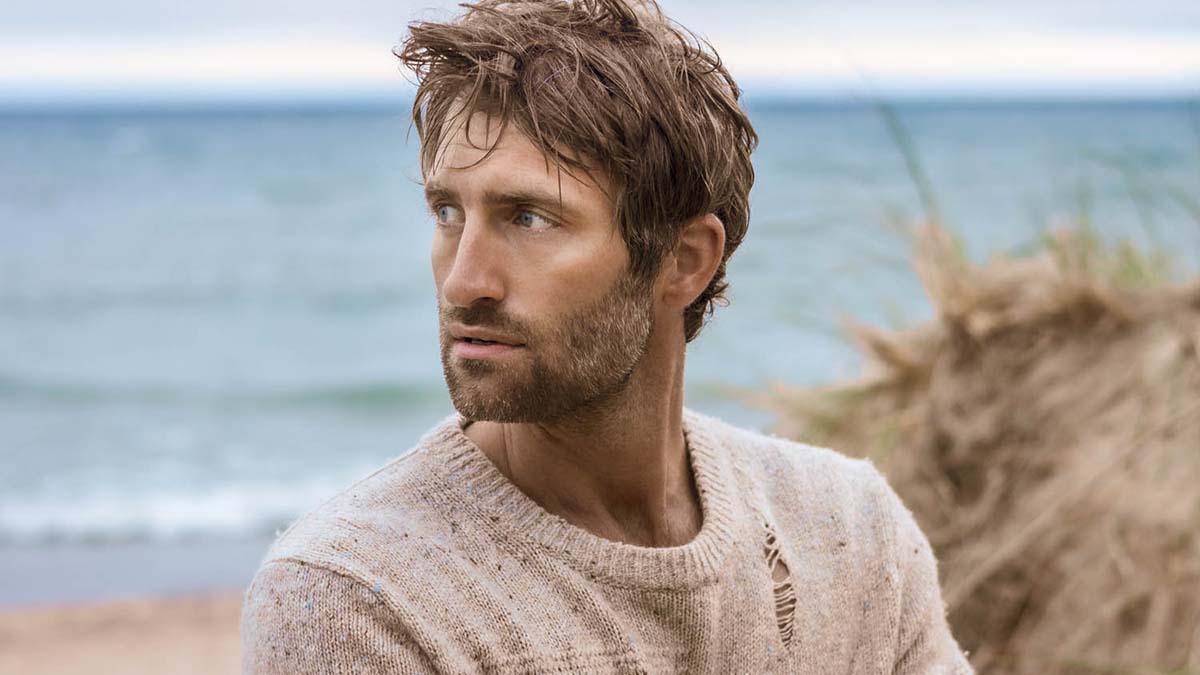 Singer-songwriter Ryan Hurd has been penning hits for other artists for years and this week he’s finally releasing his own album, ‘Pelago’.

After releasing individual tracks and several EPs over the past few years, Hurd is capitalising on the success of his single ‘Chasing After You’, which features his wife Maren Morris, and releasing his first full body of work.

I spoke to Ryan recently to talk about the release of the album, discuss the title and find out what it’s like to have the title track on the new Lady A record…

I know! I’m really, really excited about it. I’m thankful that it finally gets to come out. I’m really proud of the songs and the way that it was recorded. I hope people really love it.

This album is exactly what I wanted, and I think your fans want, from you. You must have had a wealth of material to choose from for the record. How did you pick the songs?

You never feel like you have enough good songs. You have to have feel good music on your album but I wanted it to be very song forward. The writing had to be something that I was really proud of and this is some of the best writing I’ve ever done, for me. I think it really does represent me as a writer and an artist but also just a person. I think it’s really cool when an artist can say, ‘there’s a whole lot of me in this record’. It’s not a whole lot of trying to be what I think I’m supposed to be, I just really did put out songs and it’s really scary. The first reactions I’ve gotten have been really positive and that’s encouraging but it’s really scary when you put out a record that’s a little bit different. You just really hope that people get it and people like it, and luckily so far we’ve had that reaction.

This really does feel like the right time for this album to arrive. You’ve been building momentum with each release and ‘Chasing After You’ is the biggest commercial success you’ve had so far. That must feel a strong platform to launch this record from?

It is and it’s the necessary part of it that I haven’t had quite yet; enough radio success and streaming success to have people really invest in what it takes to make a full length album successful. ‘Chasing’, I have to give a lot of credit to Maren because I know that this duet is a really big deal and I know that without it and its success, I probably wouldn’t have the opportunity to release this album in this way. It’s just a really incredible launching point and foundation for the rest of the songs. I hope that people who love ‘Chasing After You’ take the time to dive into the rest of it. There’s a lot more Maren on it – she’s a writer on a song and she’s singing on a lot of it – but I hope that they take the time to invest in what we really tried to get across to people. It’s been an incredible opportunity and it’s been really fun to just hear what people think of it. It’s been all positive so far.

‘Chasing After You’ had just come out when we last spoke and now the song has exploded, and you’ve got CMA nominations for it. How does that feel?

It feels good. For me, it just feels like I can relax a little bit and I know that most people don’t feel like that in this position. We’ve been doing this a long time together and to have all the pieces fit together for the first time in this way, just is really satisfying. It makes you enjoy it more. It doesn’t make you pressed, it makes you smile and I’m really thankful for this little chapter in our lives.

There’s a lot of variety on this record and some songs that are going to catch people by surprise. I really love ‘If I Had Two Hearts’ but which songs are you excited for fans to hear?

You know it’s interesting… I don’t know if it’s a good or a bad thing that everyone’s favourite is different. I guess it’s good. I love the first and the last track, I just think it sort of sums up the whole record. ‘Pass It On’ is so unabashedly positive and there’s not enough of that going around right now. The last song, ‘I Never Said I’m Sorry’, is an apology to somebody that you’ve hurt. I just love that sentiment. My favourite song on there is track eight, ‘What Are You Drinking?’, and it’s one of the songs I didn’t write for this record. I heard it on a beach in Mexico and fell in love with it. I asked the writers what the plan was and they were nice enough to let me record it and write a little bit on the bridge. Maybe because it’s the one I didn’t write that it’s my favourite. I also got to do an eight-piece string section on ‘Tab With My Name On It’ and on ‘What Are You Drinking?’ I have this massive orchestral arrangement, which I never thought I’d get to do but that was really exciting.

Is it more or less pressure when you record a song that you didn’t write?

I think if it’s something you didn’t write you feel more pressure because it’s someone else’s baby so you don’t want to disappoint them in any way, but I’m proud of the two songs on this record that were outside (songs). I think the recordings are pretty special and so far everybody’s pretty pumped about what they’ve accomplished and the way they sound. Aaron Eshuis, my producer and buddy, he knocked this record out of the park so I’m really thankful for him and thankful for the writers on all the songs. It’s been it’s been so special.

I wanted to dig into the album title. What does ‘Pelago’ mean?

I’m really thankful that I named the album something weird because verybody has to ask. It was just a placeholder for another word on the song ‘Coast’ and I thought, ‘this isn’t even a word’. Then I started looking it up and it’s a word in Italian and it means open sea, and it also means overwhelming passion. Those two things sort of summed up the entire album to me. All the songs fit within one of those two categories. I grew up on a lake so I’ve always loved water and singing about water. Obviously Kenny Chesney, and Jake Owen opened up that lane for people in Country music. Half of (the album) is feel good, which you really need and I really like and it’s a huge part of who I am, and then half it’s these songs that I have this relationship arc that covers the beginning and the end of something. Pelago is very odd for an American Country singer to name an album after a word in another language you didn’t even know existed. I don’t want to be insensitive in any way to that but I think it’s perfectly summed up the whole process of making this record.

Yeah, I did have that one!

How does it feel when artists like that choose a song you’ve co-written to be the title track?

Oh man, I am very honoured anytime someone records one of my songs. When they base the whole concept of the album on that, it’s a huge honour. I guess I don’t think about it. (‘What A Song Can Do’) was the first time that I’ve written with Charles (Kelley) and (Lady A has) recorded it. They’ve been so good to me, recording songs that I pitched them that they weren’t writers on and so for me it’s a huge honour to have one with Charles. He has been such an incredible mentor to me. He’s been good friend and they’ve kept me relevant in moments where there wasn’t a lot going on as an artist. I have a huge, huge spot in my heart for the three of them and just to have one with Charles is really cool.

You’re getting a track record for writing hits for them…

I know! I hope they continue to let me do it.

The songs you’ve written for them are among the best they’ve recorded, in my opinion…

Well (What A Song Can Do) is my favourite melody that we’ve done and we wrote it over Zoom. I remember it being cool because it was a song about songs without doing the trick everyone does where it’s mentioning every single song that they like. We’ve had a lot of really great songs like that in Country music but we’ve never had one about songs that doesn’t mention any songs. I thought it was a creative way to attack something that has been done before and is really effective but it’s also a fresh way to do it. If you sing it the way they do, then it doesn’t matter really what it says. It’s pretty incredible.

Ryan Hurd’s debut album ‘Pelago’ is released on Friday 15th October 2021. Watch the video for ‘Tab With My Name On It’ below:

In this article:Featured, Ryan Hurd