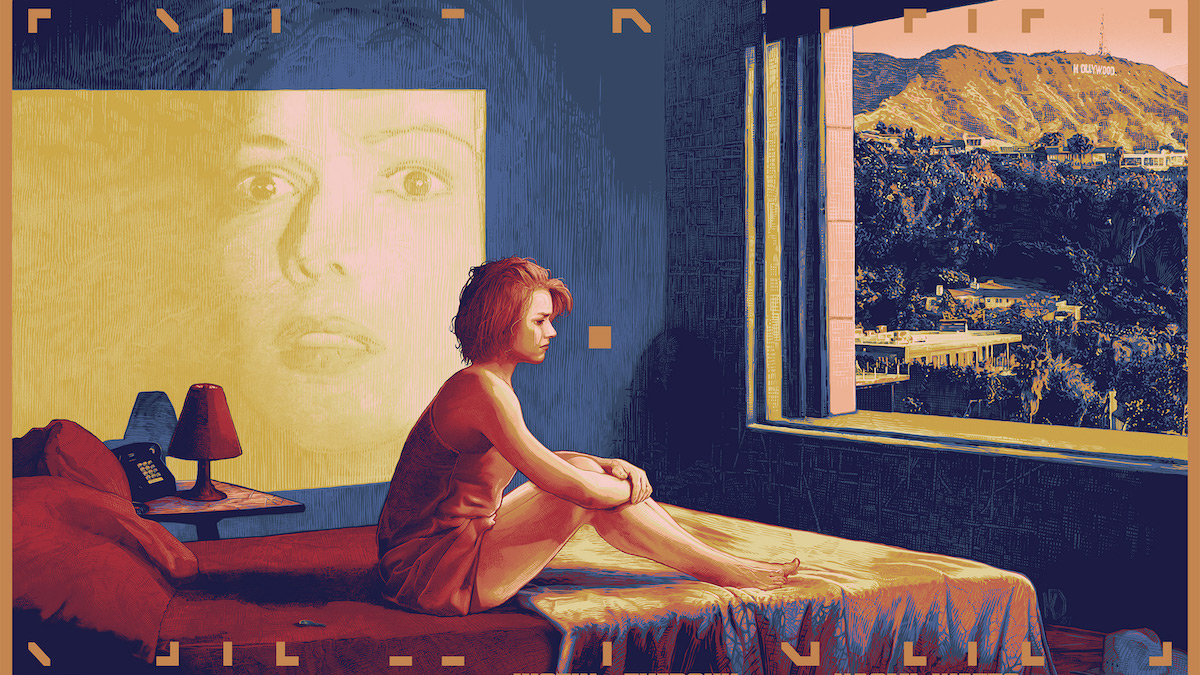 To celebrate the 20th anniversary of David Lynch’s ‘Mulholland Drive’, StudioCanal and Criterion have collaborated to present a brand new 4K restoration of the iconic 2001 surrealist mystery-drama, supervised by David Lynch himself.

20 years after the film’s original World Premiere at the Cannes Film Festival in 2001, where David Lynch was awarded the Best Director prize (famously shared with Joel Coen for ‘The Man Who Wasn’t There’), the brand-new 4K restoration premiered as part of this year’s Cannes Classics selection. The 4K restoration will be released as a 4K UHD Collector’s Edition with new artwork by Krzysztof Domaradzki on 6th December 2021.

‘Mulholland Drive’, one of director David Lynch’s (Twin Peaks, Inland Empire) essential films, is also arguably one of the greatest films of the 21st century. It stars Naomi Watts in her breakthrough double-role as Betty / Diane as well as Laura Harring, Justin Theroux, and Melissa George. ‘Mulholland Drive’ is a dreamlike journey, as well as a captivating commentary on Hollywood, receiving continued acclaim from critics and viewers alike since its initial release.

This 20th Anniversary Collector’s Edition includes a 4K restoration (approved by David Lynch) on UHD and Blu-ray in an inner digipack, 2 posters, a set of 5 artcards, and a booklet including essays from Anna Smith and David Jenkins packaged in an outer clamshell box featuring all new artwork.

A first restoration of ‘Mulholland Drive’ was undertaken by Criterion back in 2016. The original 35 mm negative was scanned and graded in 4K. The 4K graded scan was converted to 2K before doing the restoration. At the time, there was no 4K UHD available, so the film was only released in 2K (Blu-Ray).

For this latest restoration, StudioCanal and Criterion decided to mark the 20th Anniversary by restoring the film in 4K and premiering the film in Cannes. A process that often takes two years was condensed into several months with the help of David Lynch, who supported the restoration team.