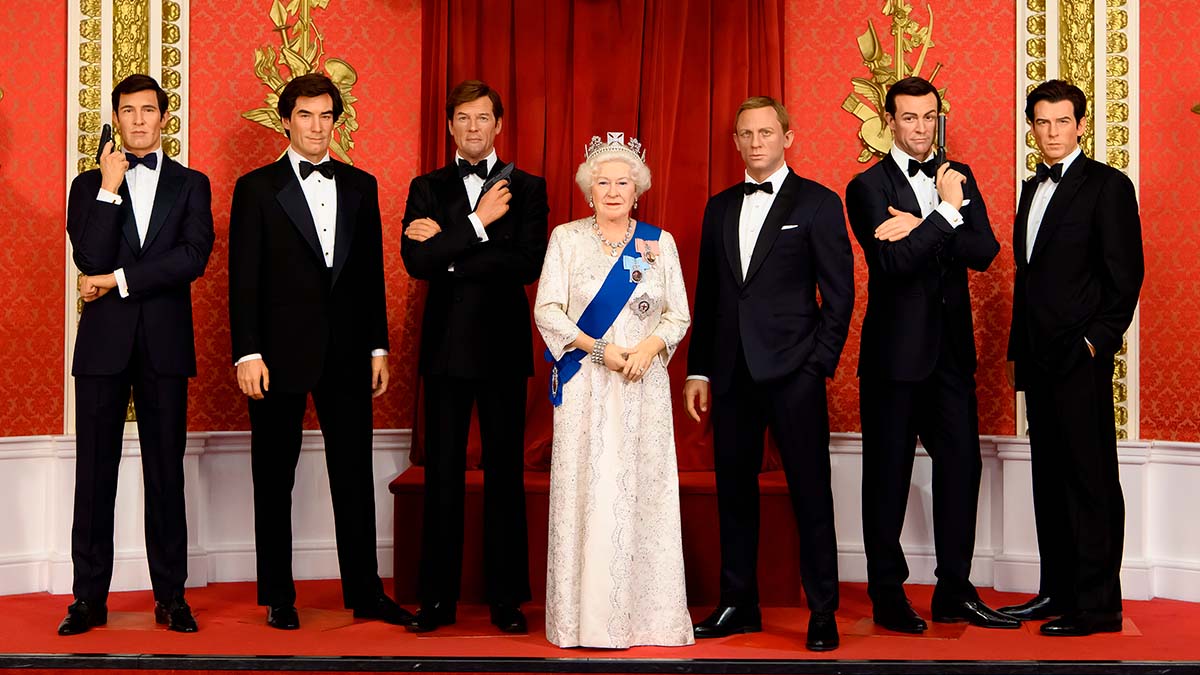 James Bond fans will be able to six all six incarnations of the iconic character at Madame Tussauds London from 30th September 2021.

The return of the figures coincides with the release of new James Bond film ‘No Time To Die’. All six Bonds will take up permanent residence in the famous Baker Street attraction’s film zone.

Fronted by the incumbent 007, Daniel Craig, the dazzling line-up has a Bond to suit everyone’s taste – whether it’s ‘From Russia With Love’s 1963 styled Sean Connery, George Lazenby’s solo Bond outing in 1969’s ‘On Her Majesty’s Secret Service’, seven-time 007 Roger Moore’s 1977 ‘The Spy Who Loved Me’, Timothy Dalton’s 1989 outing in ‘Licence to Kill’ or Pierce Brosnan’s 1997 turn in ‘Tomorrow Never Dies’.

Styled in quintessential Bond tailoring, all six 007 figures were created using measurements taken from the leading men themselves across a number of years. The killer line-up of Craig, Connery, Lazenby, Moore, Dalton and Brosnan will cause quite the stir in attraction as Madame Tussauds London becomes the only place to see all Bonds reunited.

Tim Waters, General Manager at Madame Tussauds London, said: “James Bond has been a legend of the big screen for almost 60 years and the excitement for this long-anticipated 25th instalment in the epic film franchise is palpable. We wanted to be part of this historic moment in a way that only Madame Tussauds London can. By reuniting Craig, Connery, Lazenby, Moore, Dalton and Brosnan, fans across the generations get the inimitable opportunity to meet their favourite 007 – all in the same place, at the same time.”

You can see all six Bond figures at Madame Tussauds London from 30th of September. Book tickets at www.madametussauds.com/London