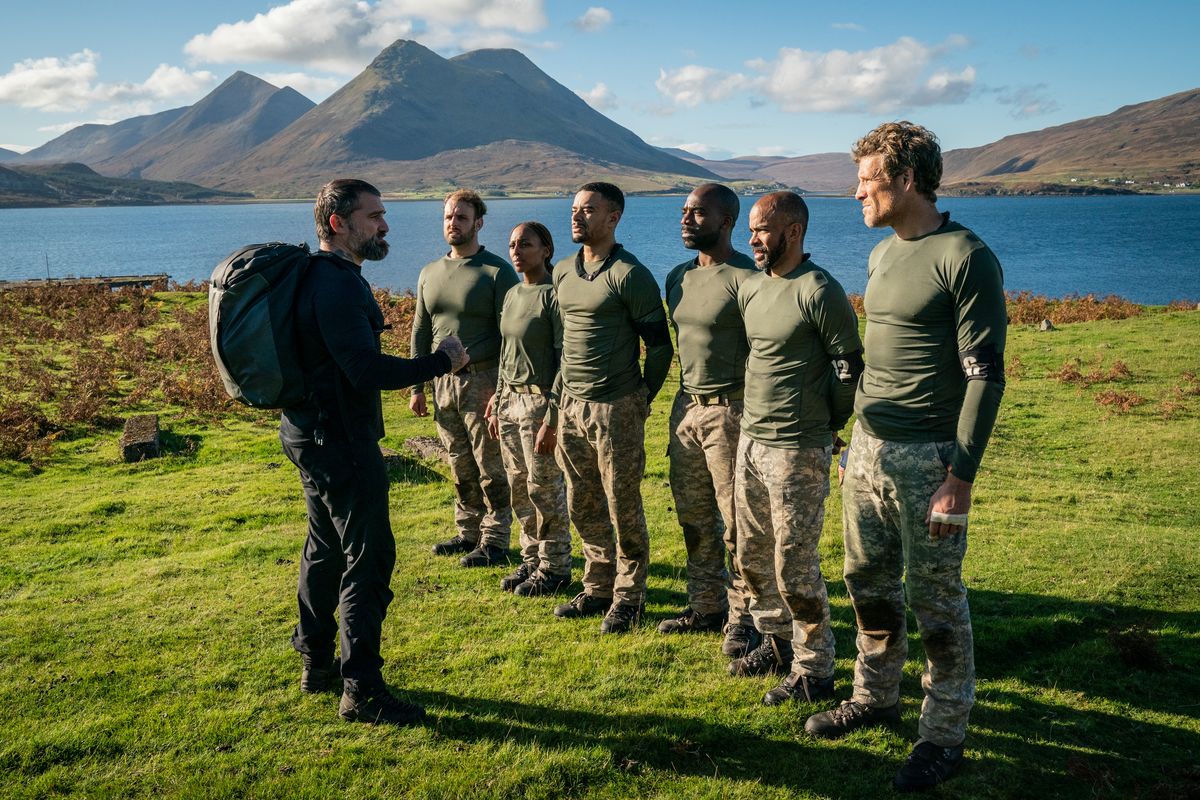 On the latest episode of Celebrity SAS: Who Dares Wins , the celebs began to drop like flies.

The third episode focused on Trust. It opened up with Ant dividing the recruits into pairs. For this phase they needed to show they could trust themselves and each other to work together and overcome their weaknesses.

Before the first challenge was an uphill march carrying their bergens. It was too much for Saira with her injured ankle and she was forced to pull out. Ore also struggled to keep up with his partner Shanaze.

The actual challenge was fast rappelling face first down a 100ft cliff face. Those going down the cliff were relying on their partners to act as the brake before they hit the ground.

The next challenge involved the pairs working together to transport a heavy oil drum across a variety of terrain. The size, shape and weight of the drums proved awkward and the teams had to communicate to progress effectively. After a talking from the DS (Directing Staff), Ore upped his game and impressed. Vicky felt she was letting her partner James down and decided to VW (Voluntary Withdraw). Before the end of the task, Shanaze dislocated her shoulder and was medically withdrawn, leaving Ore to complete the task solo.

The recruits were given new partners for the final task – the fast boat pickup. This involved extracting a partner from the water. It looked to be going well for all teams until it was the turn of Jake to be extracted. Something went wrong which led to him damaging his shoulder and ripping tendons. He was also forced to medically withdraw from the course.

Of the twelve celebrities who started, only six remain for the next phase as they take on the ‘redman’ challenge, featuring hand-to-hand combat against their trainers, the DS. Kieron Dyer catches the eye with his strength, but the DS want to know where he’s at mentally.

Next, the recruits are required to run down a 50-metre-high pillar face first. Alexandra Burke is still standing but struggling with her confidence. Later, it’s the open-water task, where the recruits must dive nine feet deep in low visibility and open a crate of essential supplies.

Stories unfold from the recruits of historic sexual abuse, and tales of grief and loss, and one celebrity is medically withdrawn.

Celebrity SAS: Who Dares Wins 2021 continues at 9pm Sunday 19th September on Channel 4. Preview the episode with our gallery: