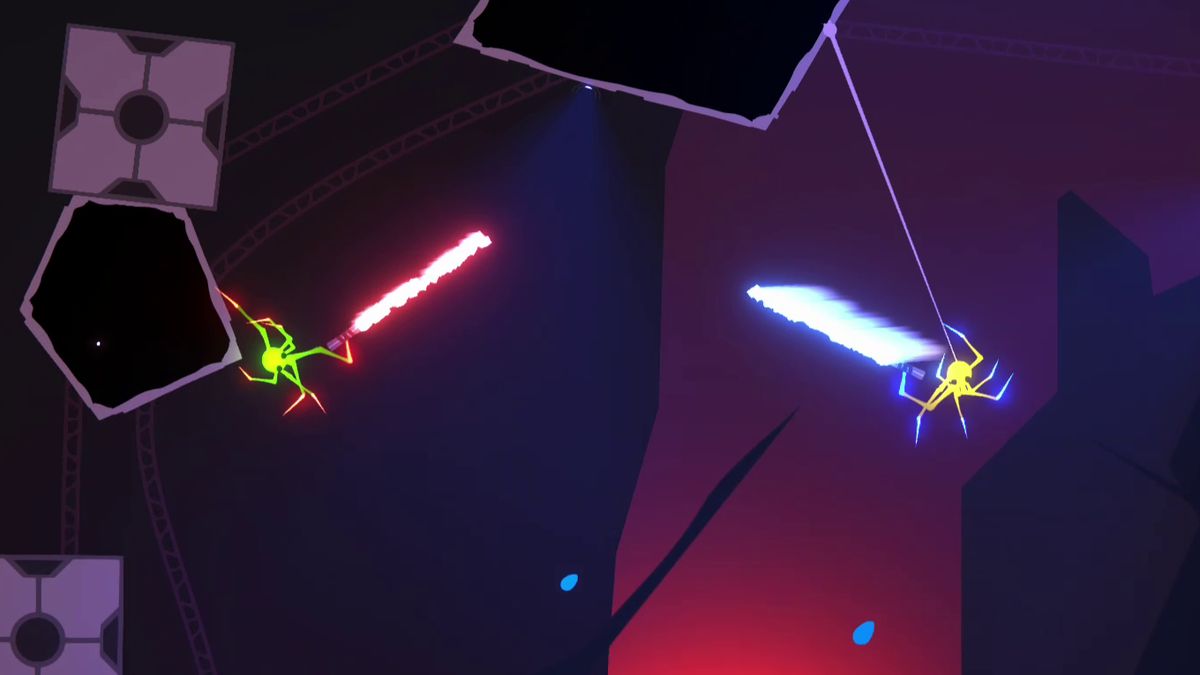 Announced at the recent tinyBuild Connect, SpiderHeck is a fast-paced brawler that launches up to four players into a ridiculous spider showdown. Armed with laser swords, grenades, and even rocket launchers players must navigate multiple platforms (and the dangerous lava) to web-sling their way to victory.

View the SpiderHeck announcement trailer below:

“A lot of the development for SpiderHeck was very improvisational. I didn’t really set out with any other goal than just making something that is purely fun (several years of making boring software products probably had its effect on me). Every stage of the process has just been the simple matter of “Okay, what would be cool?” or “Oooh, that would be funny, I’ll just do that.” So in a way the game has evolved into a mixture of various things I enjoy.”

SpiderHeck will be coming soon to PC, Xbox, PlayStation and Nintendo Switch. PC players can join the Steam Playtest by visiting the SpiderHeck Steam Page to request access.