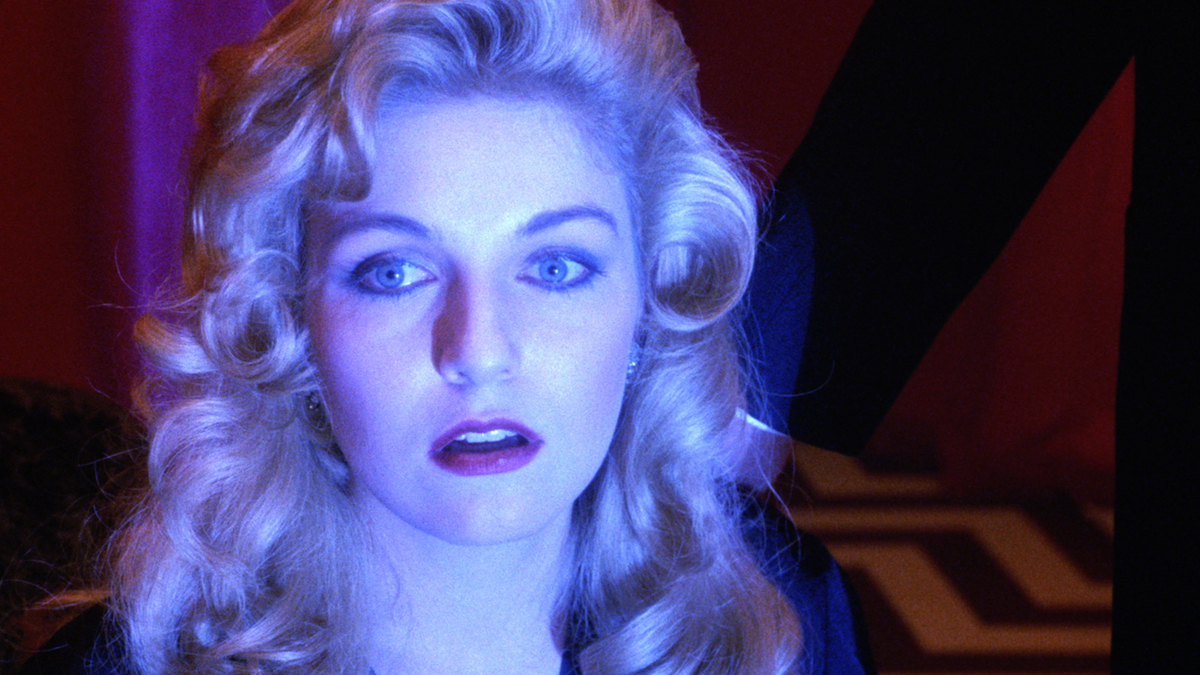 Stunningly restored in 4K, David Lynch’s surreal (first) return to the odd little town of Twin Peaks is now available as a special edition release from the Criterion Collection. ‘Fire Walk With Me’ stripped away the likeable charm of the TV show, and instead delved into the dark realm of domestic abuse and surreal horror. It was very much unloved on initial release, but is a lot better than you might remember.

The film begins in bizarre fashion (yes, I was surprised too) with Chris Isaak as FBI Agent Chester Desmond, who is sent to investigate the murder of a young girl in some small town in the Pacific Northwest. Agent Phillip Jeffries (David Bowie) who has been missing for years, materializes at the FBI field office in Philadelphia, ranting insanely about evil spirits. After Jeffries vanishes again, Special Agent Dale Cooper (Kyle MacLachlan) is told that Agent Desmond has disappeared.

The action then jumps to one year later, and we are witness to the final days in the tragic life of Laura Palmer (Sheryl Lee). On the surface her life is perfect, she is the homecoming queen, popular, and beautiful. But scratch a little deeper, and hers is actually a life of drugs, abuse, and exploitation. She is on a haunting and heartbreaking downward spiral, and the conclusion—we already know—is inevitable.

As a standalone film, it is borderline incomprehensible. As a companion piece prequel to the original Twin Peaks series, it answers a few questions, but raises even more. Following ‘Twin Peaks: The Return’ however, it feels more of a complete piece, and critical to understanding some of the more unusual aspects of the latest series. David Bowie’s startling cameo, which once seemed like utter nonsense, now feels like the nexus of the entire Twin Peaks universe.

Lynch imbues every frame of ‘Fire Walk With Me’ with that thrumming, inorganic sensibility, which is such a key motif in his work. That nightmarish sense of something sinister travelling through the space where nature and industry collide. The hum and crackle of static electricity. The wind rattling through the trees. You can feel it pulsing in every scene, and it contributes to the overall sense of dread and unease as we wind our way to Laura’s murder.

It’s because of this sense of dread why I’ve always viewed ‘Fire Walk With Me’ as a horror film. The film contains some truly harrowing sequences. That scene with Killer BOB (Frank Silva) behind the chest of drawers is an all-timer. I remember it terrifying me the first time I saw it, and I can assure you it has lost none of its potency on re-watch. My blood was suitably chilled. The scene also confirms Sheryl Lee’s stature as one of cinema’s greatest screamers.

But she is so much more than just a run of the mill scream queen. Given something more to do than just be a corpse, or some ethereal figure in flashback, her performance here in her career defining role is sensational. Brilliantly capturing the duality and ambiguity of Laura Palmer, Lee plays her as the sweet girl everyone knows, but with that sense of reckless danger under the surface as she tries to numb the terror and trauma she has endured. She gives everything she has to this performance. The agony and anxiety of Laura is palpable.

It’s not the most packed disc in terms of supplementary features, but what is there is very good. ‘The Missing Pieces’ is the main bonus feature on the disc. Those of you who already have the Twin Peaks: The Entire Mystery box set will be familiar with this feature length compilation piece. It is over 90-minutes of deleted and extended scenes from ‘Fire Walk With Me’, cut together in an order that sort of makes sense. Do these missing pieces ultimately make any of the mysteries any less mysterious? Not really, but anything that gives you the opportunity to spend more time in Twin Peaks can only be a good thing.

Next up is a terrific 22-minute interview with Sheryl Lee from 2017 which covers lots of Twin Peaks related material. She talks about how she first got involved with the show, what it meant to work with David Lynch, and how her role was expanded from the initial 4-day shoot. She also speaks in glowing terms about her cast mates.

Another interview from 2017 is next on the disc, this time with legendary composer Angelo Badalamenti. He talks about the differences in musical styles between the show and the more dissonant, abstract jazzy sound of ‘Fire Walk With Me’. He also tells an extraordinary anecdote which involves Sir Paul McCartney and The Queen.

Finally on the disc is Between Two Worlds, a 30-minute programme produced by CBS in 2014. It takes the form of an actors roundtable discussion, with David Lynch, Ray Wise, Grace Zabriskie, and Sheryl Lee. Once the initial pleasantries are out of the way, this becomes a really interesting piece, with the actors being very candid about the impact the show had on them (especially Lee), and some of the choices they made in the show which they now regret.

This edition also comes with a booklet which includes excerpts from an interview with David Lynch from Chris Rodley’s 1997 book ‘Lynch on Lynch’.