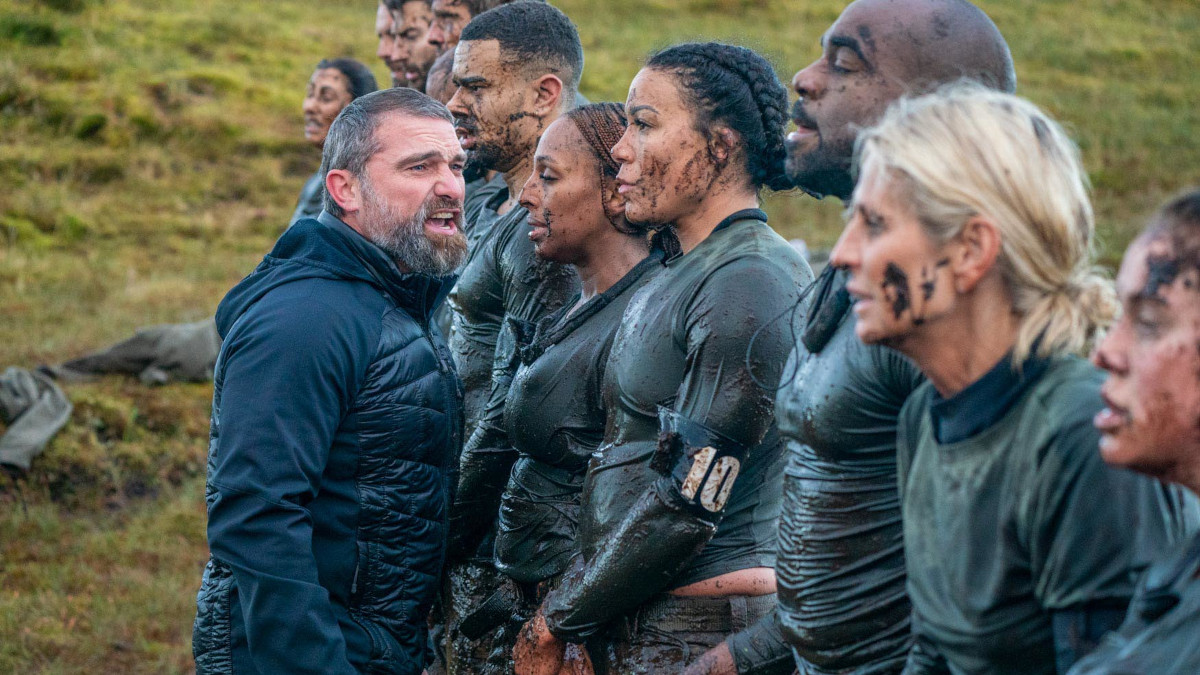 The third series of Celebrity SAS: Who Dares Wins began last Sunday on Channel 4. Another twelve well-known faces took on the challenge of SAS selection.

The first episode focused on Panic. It opened up as the hooded celebrities arrived in Scotland under the cover of darkness. Each were inspected by the Directing Staff team before they were taken to Raasay by boat. They were then forced to jump into the freezing water and race to shore.

The celebs were told to strip and change kit before facing a tough walk uphill to the first challenge. This was to face the ‘trainasium’ – an aerial assault course designed to test how candidates manage fear. Most recruits struggled with this one, particularly Kerry Katona. Alexandra Burke really impressed as did paralympic athlete Aled Davies.

Ulrika Jonsson was taken off the first challenge due to suffering hypothermia. She was brought in by Ant and Billy for a pep talk and revealed how she’s lost her confidence.

The next challenge was for the celebs to try and rescue a hostage while under the effects of CS gas. This is a horrendous challenge for anyone but most celebs managed to get through it. Ore Oduba and Kerry Katona both failed to complete the challenge. However, Ulrika excelled at this one and really impressed.

After failing the CS gas task, Kerry was brought in for questioning by Ant and Melvyn. She spoke of being stuck in the past and the many tough situations she has faced. Kerry also bravely spoke of the death of an abusive partner. Ant and Melvyn pointed out how much she had overcome and how she could use that to push herself forward and shape her future.

In episode 2, all 12 celebrities who began the selection process remain on site. But as the pressure cooker environment builds, through a series of physical and mental tasks, several recruits begin to question their place on the course.

After the recruits are asked to rank themselves from strongest to weakest, they are instructed to carry their 40kg bergens and 15kg sandbags to the first task, where they are pitted against each other in hand-to-hand combat.

TV personality Saira Khan soldiers on despite an injury as the recruits’ decision-making skills are tested when they’re forced to make a call on who to shoot and who to save in a hostage rescue task. The staff pick up on TV personality Jake Quickenden’s weaknesses and bring him in for questioning. Stories unfold about loss and grief and soon two recruits are heading home.

Celebrity SAS: Who Dares Wins 2021 continues at 9pm Sunday 5th September on Channel 4. Preview the episode with our gallery: