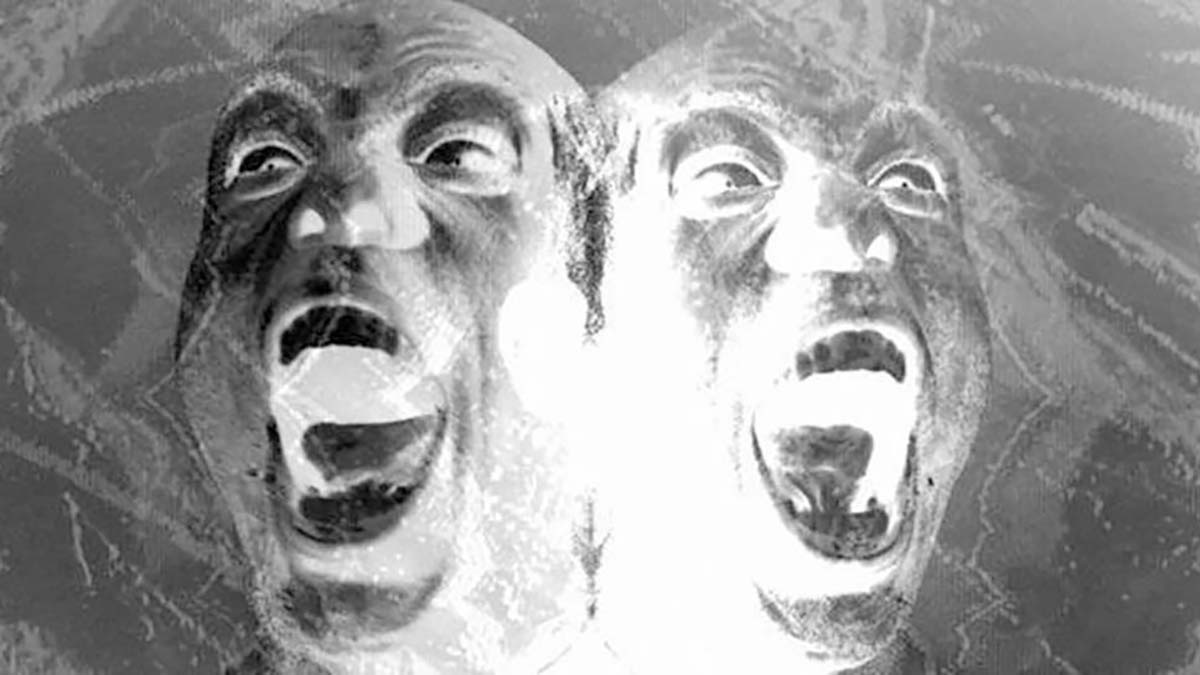 Former musician Russell (Russell Steinberg) loses his job and becomes concerned about how he’s going to pay the rent in his Los Angeles apartment. In a relationship with Rita (Stephanie Brait), and living with a prosthetic hand, Russell becomes intrigued by his new downstairs neighbour Gary (James Markham Hall Jr) who blasts out loud music all night and keeps strange hours. When Rita needs to travel for business, Russell is drawn into Gary’s bizarre and sinister world.

‘Laguna Ave’ is from director David Buchanan and writer Paul Papadeas. Filmed in black-and-white, the film is a mixture of comedy and science fiction with a little bit of horror through in for good measure. At 80 minutes in length the film doesn’t outstay its welcome but it does try to pack in plenty. The first 40 minutes is very strong as we get acquainted with Russell, who deals with losing his job by lounging around and feeling sorry for himself. The tension builds as Russell confronts his new neighbour one evening when they are blasting out loud music, and is confronted not with Gary but with the androgynous Charlie (Sheridan Ward), who just laughs in his face.

As Russell begins to suspect that Gary and Charlie are up to something dodgy, he has an encounter with Gary that changes his mind and that’s the moment the film turns from a slow-burning thriller into an uneven sci-fi comedy. I don’t want to reveal too much more about the plot as it’s the unexpected unravelling of events that is one of the film’s strengths but suffice to say it gets pretty bonkers from there on out. Imagine a mixture of John Waters and David Lynch, and you’ll find yourself in the right ball park for what Buchanan and Papadeas are trying to achieve.

Aesthetically the film is impressive. The decision to film in black-and-white gives ‘Laguna Ave’ a film noir-ish quality and there are some impressive special effects, particularly in the film’s second half. Buchanan does a fantastic job of bringing Russell’s nightmares to life too, recalling Lynch’s work on ‘Eraserhead’. ‘Laguna Ave’ benefits from a very strong lead performance from Russell Steinberg, who is excellent as the hapless central character Russell. He’s likeable and relatable, and you’re happy to follow his journey no matter how bonkers things get.

Where the film falters a little is in two areas. Firstly, the stilted performance from James Markham Hall Jr., who isn’t able to match the performance of Steinberg, is jarring. At times his portrayal of Gary comes off too cartoonish to take seriously but not quite zany enough to be funny. He does have his moments, particularly during the climax, but overall, he doesn’t give a great performance. Secondly, the tone of the film is all over the place. While I admire the film’s ambitions, and it really does have plenty of ambition, the story falls to the way side in favour of zany sequences. Those are fun to an extent but the excellent first half is sadly not matched by the patchy second half.

All that being said, there’s enough to like about ‘Laguna Ave’ and it’s a refreshing piece of cinema that shows the potential that Buchanan and Papadeas has. It may not hit every note its striving for but it hits enough of them to make the film worth your while. Watch it for the aesthetics and for Steinberg’s performance, and try not to pay too much attention to the intricacies of the story. If you do that, like me, you’ll find it an entertaining watch.