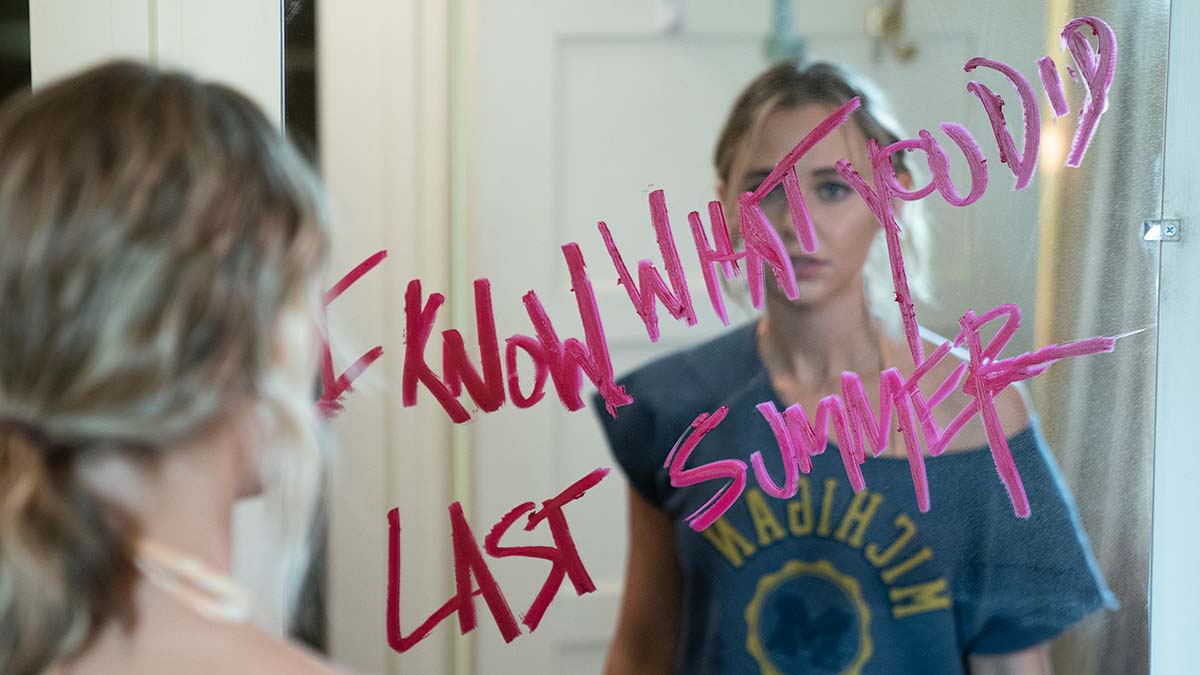 Amazon Studios’ eagerly awaited TV series ‘I Know What You Did Last Summer’ will arrive on Amazon Prime Video on 15th October 2021.

A modern take on the 1997 horror film of the same name, the series is based on the 1973 novel by Lois Duncan. It stars Madison Iseman, Bill Heck, Brianne Tju, Ezekiel Goodman, Ashley Moore, Sebastian Amoruso, Fiona Rene, Cassie Beck and Brooke Bloom.

The synopsis for the series is:

One year after the fatal car accident that haunted their graduation night, a group of teenagers find themselves bound together by a dark secret and stalked by a brutal killer. As they try to piece together who’s after them, they reveal the dark side of their seemingly perfect town—and themselves. Everyone is hiding something, and uncovering the wrong secret could be deadly.

‘I Know What You Did Last Summer’ will debut with its first four episodes on 15th October with new episodes arriving weekly after.

Take a look at the first images from the series below in our gallery:

Credit: Amazon Studios
In this article:I Know What You Did Last Summer