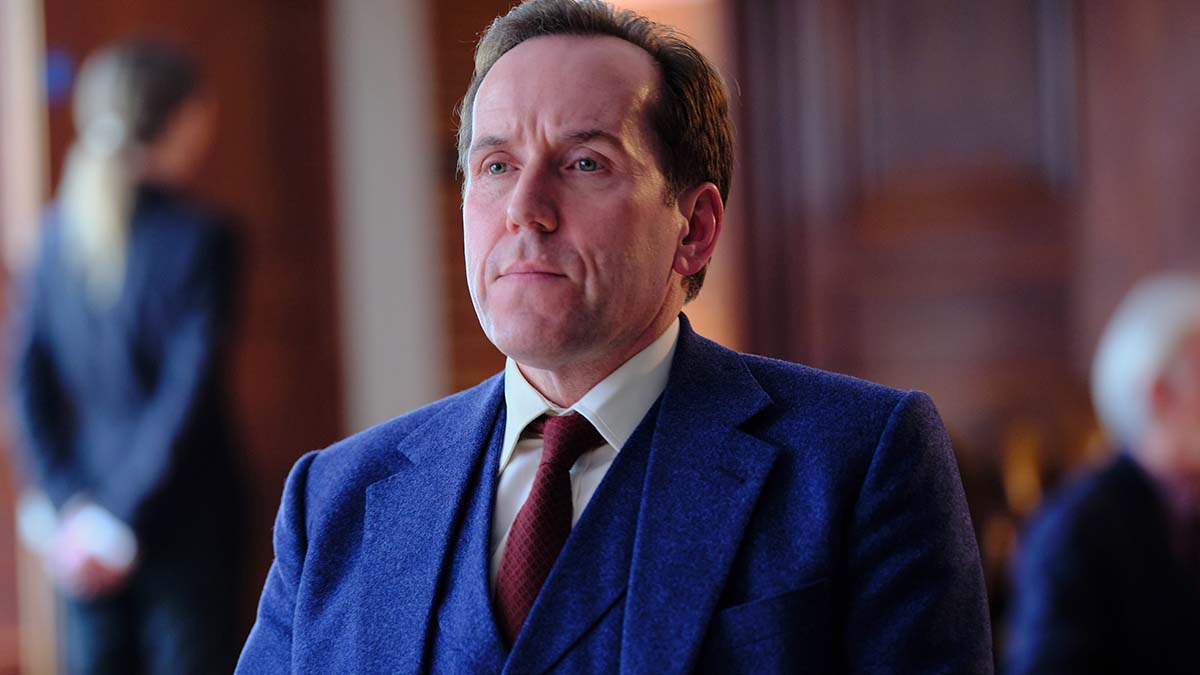 A young girl with Down’s Syndrome held vital evidence in the case of her mother’s murder but she was reluctant to tell anyone what she knew. Jasper formed a bond with her and spent time in her company so that he could earn her trust and get the information out of her.

His method worked when the girl revealed that it was her own father that had killed her mother, and she had witnessed him disposing of the murder weapon.

The synopsis for the sixth and final episode of the series is:

There is a hit on prominent businessman during an official function. The shooter fails but the intended victim is found dead a few days later. A family feud reminds Jasper of his past.

‘Professor T’ concludes on Sunday night at 9pm on ITV. Preview the final episode with our gallery: