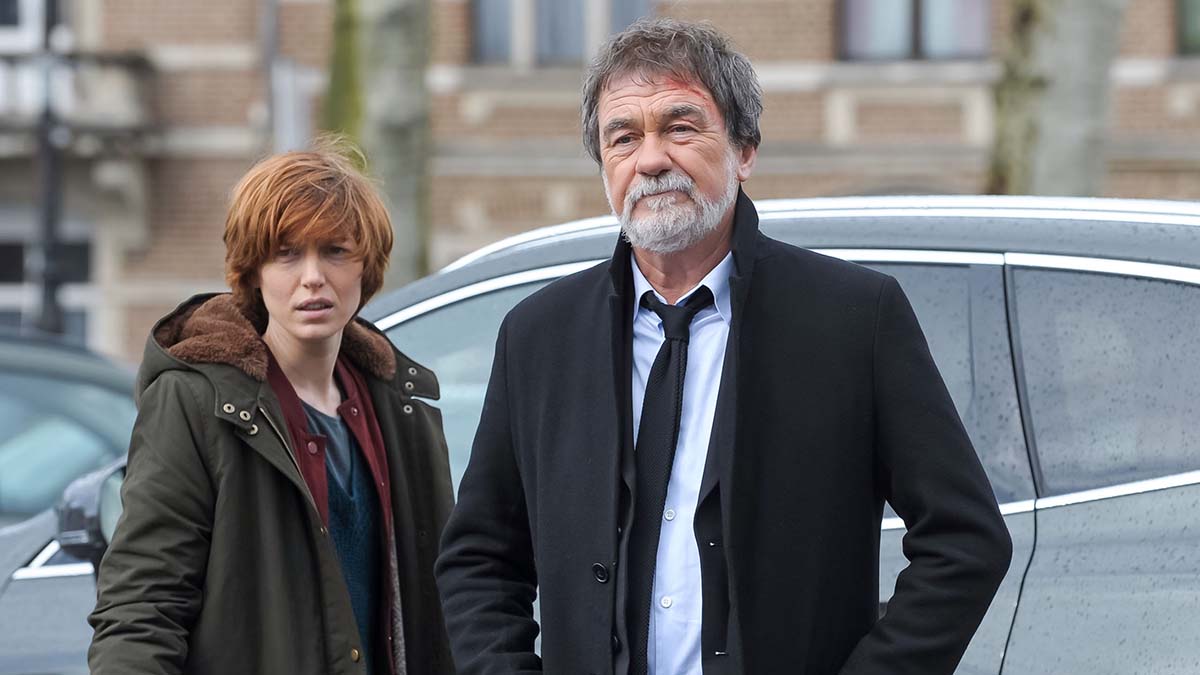 I like this series. It’s no-nonsense, uncomplicated entertainment with plenty of twists and intrigue to keep you guessing for each of the double-episodes. That’s another aspect in its favour, actually – the double-episodes. Each storyline comes in two full hour-long (including commercials) chunks, giving the character development and plot plenty of time to get going, but not over-burdening the viewer with a longer commitment.

If you don’t want any spoilers, stop reading this article now.

The two main detectives – Pierre Niémans played by Olivier Marchal, and Camille Delaunay played by Erika Sainte – are a fine combo.  Niémans is the older, worldly-wise cop – bearing more than a passing resemblance to former snooker player John Virgo – who is a paternal figure to the younger and more impetuous Delaunay, a woman with domestic issues involving her errant son. The two of them complement each other well, and there’s none of the tiresome sexual frisson that some writers insist on chucking into the script. They’re colleagues – end of story.

I like that there’s no preamble with the storyline here, either – we’re straight into the nitty-gritty as we see a man of the cloth walking into his church, where he finds a colleague dead, crucified on an inverted cross with his eyes removed. So begins an investigation that takes in religious relics, accusations of satanism and sexual misconduct, and – eventually – the Yugoslav war. It’s a little bit by numbers, perhaps, with a few red herrings thrown in along the way, but it’s an enjoyable ride – the acting is strong, the aerial shots of the French countryside are nicely done, and the plot left me guessing right until the end. Okay, you have to suspend disbelief on occasions; but this is drama, not reality, so we can give a few liberties being taken in that regard.

The Crimson Rivers (Les rivières pourpres in its native French) derives from the 2000 cinema release of the same name (starring Jean Reno) and is loosely based on the Red Blood Rivers novel by Jean-Christophe Grangé, who is also credited as the creator and writer of the subsequent TV adaptation.  A third season has already aired earlier this year in France.

The series is the product of Luc Besson’s Europacorp Television company and was aired in France by their national broadcaster, France Télévisions, and in Germany by ZDF – two heavyweight channels, giving an indication of the class we have on screen here.

If you enjoy a high-quality police procedural show, this is definitely worth investigation. The stand-alone stories make it ideal for dipping in and out (no major commitment to an entire series), and it’s nicely shot, well-written, and with some fine acting performances from the leads.

Walter Presents: ‘The Crimson Rivers’ Season 2 airs from 20th August on More 4 at 9pm. The full boxset is available on Walter Presents via All 4 after transmission of the first episode.