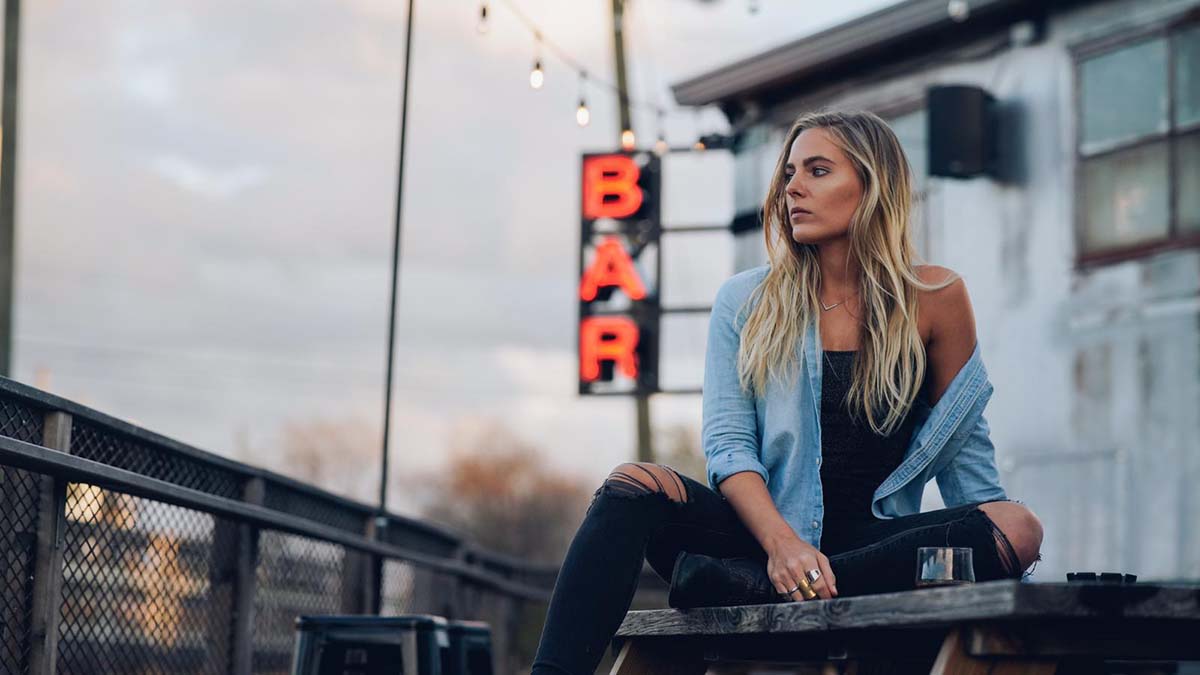 Singer-songwriter Lauren Jenkins has always proven herself to be a visionary when it comes to her music. Rather than just releasing music, she envisages every project she does as a complete audio-visual package and her bold debut ‘No Saint’, accompanied by a short film, was proof that she’s not your average artist. Released via Big Machine, who she’d been signed to for years prior to the album’s arrival, ‘No Saint’ launched Jenkins to a global market and gave her a foothold on the live music scene here in the UK. In a surprising move, Big Machine dropped Jenkins and after taking some time to find a path forward, Jenkins decided to go it alone as an independent artist.

Her first body of work to be released is ‘Miles On Me, Part 1’ EP, the first of a three-part EP that progresses her story from the songs we heard on ‘No Saint’. Marrying the desire for a streaming audience to get regular music with her usual visionary approach, Jenkins continues to be one of the most innovative and exciting artists in Country music with this three-part project. Comprising four songs, with a run time of 14 minutes in total, ‘Miles On Me, Part 1’ showcases Jenkins’ growth as an artist and celebrates her new-found freedom as an independent artist.

If you loved ‘No Saint’, you’ll love these songs even more. ‘Like You Found Me’, the EP opener and the project’s lead single, is a jangly guitar-led track that ups the tempo and finds Jenkins taking comfort in who she is. Her lyrics are honest and stark, as she asks a potential new lover to be careful with her heart. Jenkins sounds free and happy, and the song is the perfect way to kick things off. Second track ‘She’s a Star’ is the first sign of Jenkins’ sound beginning to evolve. A bluesier undertone runs through the track as Jenkins sings in a more hushed tone. The end result is a seductive song that’s unlike anything we’ve heard from Jenkins before.

The EP’s highlight is ‘Miles On Me’ featuring David Ramirez. One of the EP’s more vulnerable moments, the acoustic-led ballad combines Jenkins and Ramirez’s voices beautifully. The instrumentation on the track builds to a crescendo with crashing drums and guitars, stepping closer to rock territory than we’ve heard before. Closing track ‘My Own Advice, references Jenkins’ ‘Give Up The Ghost’ and features some of the most honest lyrics we’ve heard from her as she reflects on her inability to take her own advice and stop repeating mistakes.

With ‘Miles On Me, Part 1’ Lauren Jenkins shows that she’s happy to be operating in her own lane. This is a confident and bold collection of songs that perfectly builds on ‘No Saint’ but offers something fresh and new. With two more parts to go, I’m already keen to hear what else she has up her sleeve, and knowing Jenkins like I do she’ll have plenty of surprises in store.