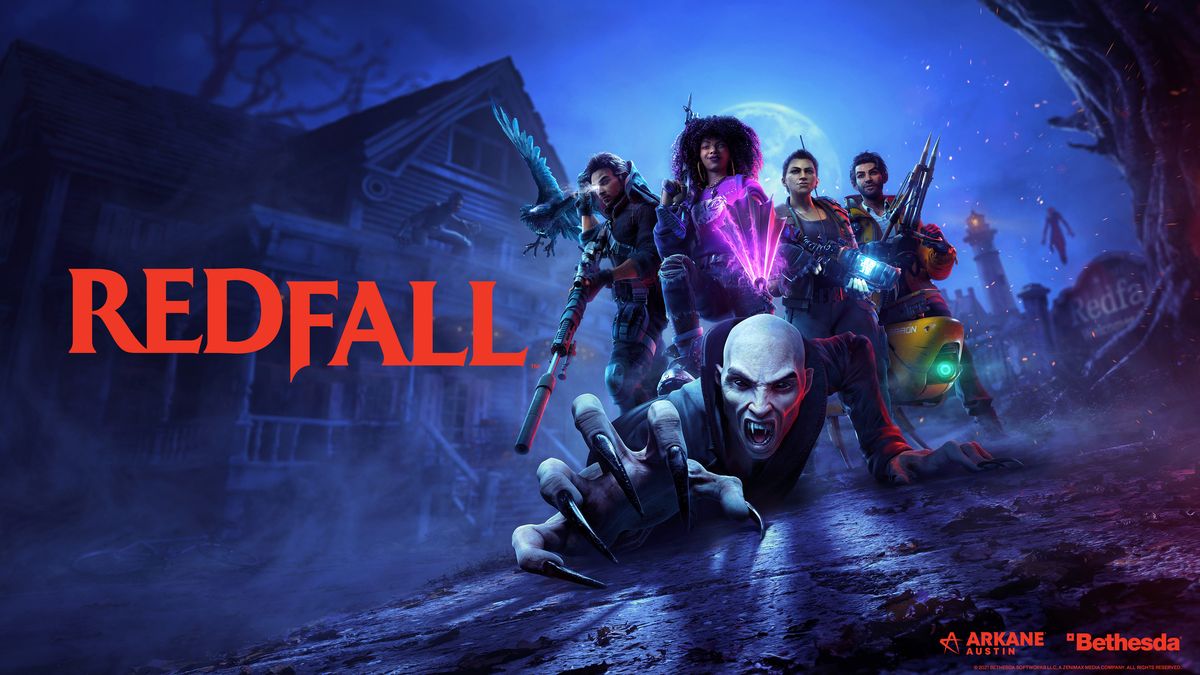 Redfall is an open-world co-op FPS from Arkane Austin, the award-winning team behind Prey and Dishonored. Continuing Arkane’s legacy of carefully crafted worlds and love of creative game mechanics, Redfall brings the studio’s signature gameplay to the co-operative action and FPS genres.

The quaint island town of Redfall, Massachusetts, is under siege by a legion of vampires who have blocked out the sun and cut the island off from the outside world. Trapped with a handful of survivors against a horde of creatures threatening to bleed the town dry, players will choose from a diverse roster of heroes and group up with others to create the perfect team of vampire slayers.

Unconventional Heroes Vs. The Night

Players will choose from a team of heroes with unique abilities:

Devinder Crousley is an internet-famous paranormal investigator, amateur cryptozoologist, and aspiring inventor. Armed with weapons of his own creation, he’s on a mission to prove himself.

Layla Ellison studied biomedical engineering at a local university and interned at a research facility, where something went very wrong, leaving her with intense telekinetic abilities.

Remi de la Rosa is a brilliant combat engineer who has spent her life on the frontlines. With the help of her robot cohort, Bribón, she’s determined to help rescue Redfall’s survivors.

Jacob Boyer is an ex-military sharpshooter turned private contractor. Strange happenings on Redfall have left Jacob with a mysterious vampiric eye and a spectral raven that’s never far from his side.

Redfall is expected to launch on Xbox Series X|S and PC in Summer 2022 and will be available day one with Xbox Game Pass. EF Games will bring you more on Redfall as it is announced. In the meantime, visit the official Redfall website for more information.