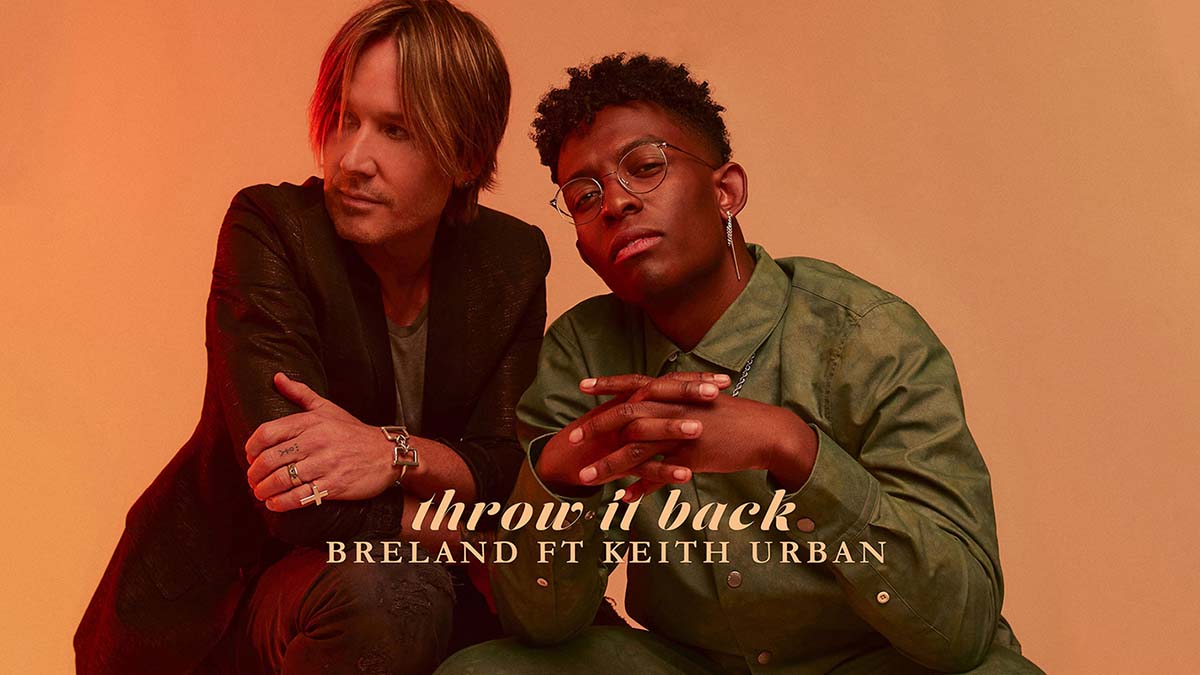 Breland has enlisted Country superstar Keith Urban for new song ‘Throw It Back’.

A rootsy blast of dancefloor fire, the track is the second time that the two artists have collaborated. The official music video for ‘Throw It Back’ is directed by Bobby Bruderle and was filmed and filmed at Analog in Nashville’s Hutton Hotel.

“’Throw it Back’ is the first song Keith and I ever worked on together, and despite it being so sonically left of center, he immediately recognized it as a special song and started adding his iconic flavor to the record,” shares Breland. “You’ll be able to feel my and Keith’s energy flowing not only on the song but in the video, which we helped shape together as well. With the world finally opening up, and live music coming back, I feel like we’ve got a real summer anthem on our hands.”

“Breland is my brother from another mother,” adds Urban. “I LOVE creating with him. Everything is so simpatico and matter of fact – here it is! I’m stoked that a song written from our very first time writing together (June of last year) is finally coming out.”

‘Throw It Back’ follows ‘Out The Cage’, which Urban and Breland collaborated on for Urban’s album ‘The Speed of Now Part 1’.

Breland has been on the rise since the success of his Platinum debut hit ‘My Truck’. He will kick off his Cross Country Tour at Bonnaroo Music Festival on 5th September, embarking on his first-ever headline tour. The coast-to-coast trek runs through October and tickets for all dates are on sale now.

In this article:Breland, Keith Urban