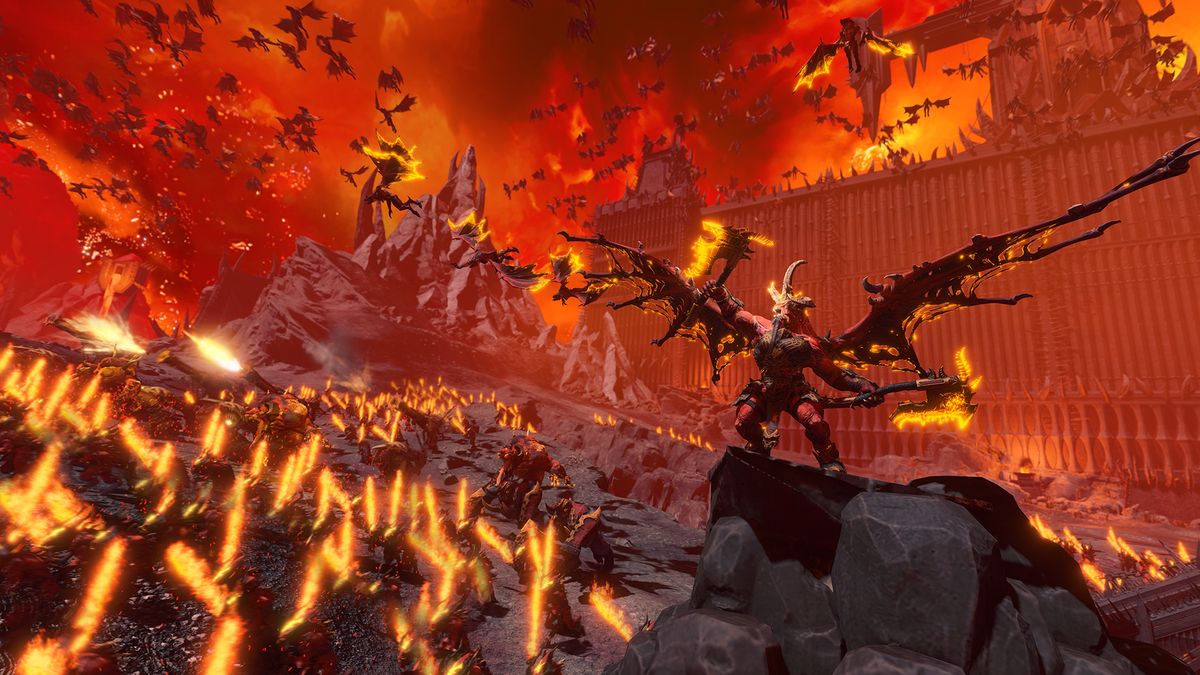 Creative Assembly has released more information from the upcoming Total War Warhammer 3. This time we get the low down on the forces of Khorne, who amongst the forces of chaos are the most battle crazed and love nothing more than putting their enemies (which is everyone!) to the sword.

The forces of Khorne are led by legendary lord Skarbrand The Exiled One who was once the greatest of all Khorne’s daemons. Undone by his pride, he was banished from the service of the Blood God and cast from the Realm of Chaos. Forever tormented by his downfall, he wanders the mortal and immortal realms, a restless fury that cannot be stopped.

Check out the Khorne trailer below:

As the most powerful melee combatant to ever grace the battlefields of Total War: Warhammer, Skarbrand has a host of unique abilities which improve his battle prowess. His twin axes, Slaughter & Carnage increase his damage output with every kill made, whilst Bellow of Endless Fury allows him to unleash a devastating fire-breath attack. Beyond these, he also has the passive ability to inflict rampage upon his weak-minded foes, rendering them incapable of retreating from the slaughter he presides over.

The armies of Khorne despise the use of magic in their battles and prefer to use their prowess in the melee to grind their enemies down. Their playstyle reflects this and you’ll want to play a rush style to engage with the enemy as quickly as possible. This is especially important as your troops will gain combat bonuses the longer they remain in combat.