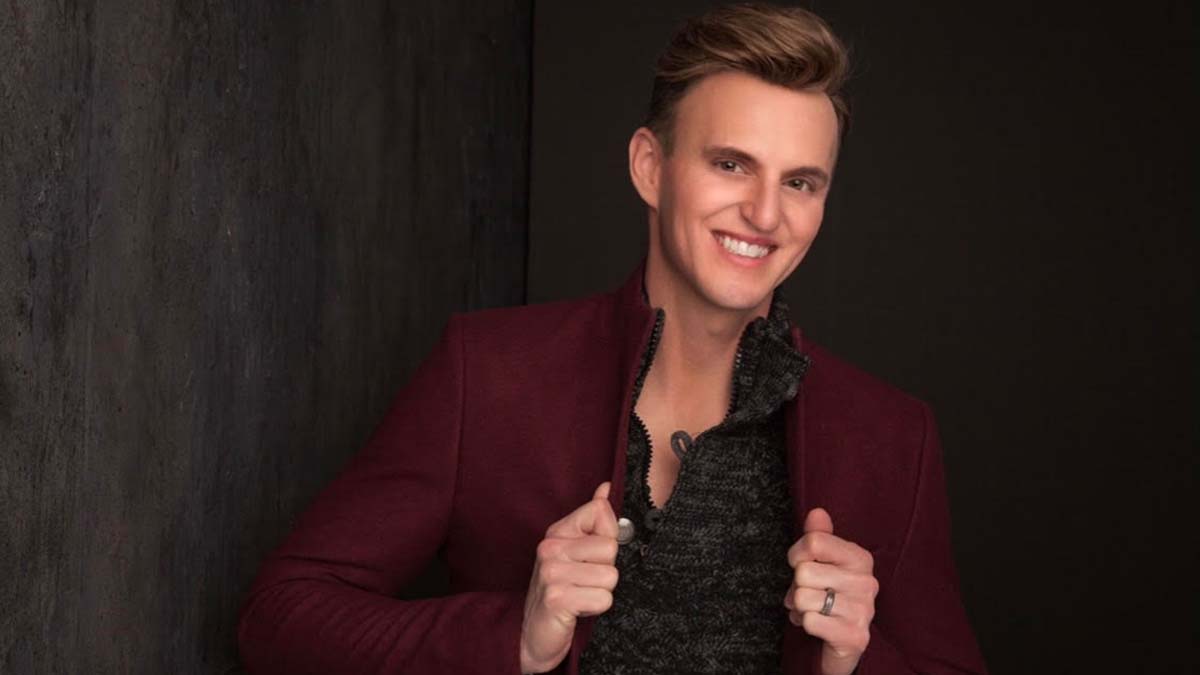 Texas native Curtis Braly started performing from a young age and has toured with the likes of Daryl Singletary, Johnny Rodriguez, Tanya Tucker and even country icon Dolly Parton.

Following on from the impact of his 2019 release ‘One Day’, Braly has been working on new music and today he’s released new single ‘That Should Be Me’, which is the start of his next chapter.

I spoke with Curtis recently to talk about the new single, discuss the impact of ‘One Day’ and to find out his plans for the future…

You’ve released your new single ‘That Should Be Me’. What can your fans expect from the song and what’s the inspiration behind it?

‘That Should Be Me’ is fun, playful and a bit of a signature song for a night out on the town. It tells the story of seeing someone across the room while at the club that really gets your motor running and who can’t relate to that. It’s a run down of reasons why they should be going home with one another by last-call, regardless if the other is looking for something long term or just right now. I wanted to record a song and pair that with a music video that would remind country music fans that things aren’t always what they seem.

You’ve released several songs over the past couple of years. Are you working towards an album or an EP for release later this year?

Yes. While my focus is generally on creating one good song at a time, we are continually working on new music that will make the cut for an EP later this year.

How has the pandemic impacted you and what have you done to keep making music and get yourself through it?

The pandemic sent me on a whirlwind of emotions. Just as we were gearing up to launch several projects and make 2020 one of the best & biggest years in my career, it all came to a screeching halt. With no end in sight, I began to emotionally struggle with not only boredom but fear that just as my career was shifting into high gear, it may be over. Then, I realized that I needed to take advantage of the downtime to really reevaluate my goals, objectives & spend that time getting creative. So, I spent time in the studio working on new music and putting a business plan together that encompassed both my career goals and my life goals. I decided that my story was not in the hands of COVID-19 but in my own hands and I could make the best or worst out of it. I chose best.

In 2019 you released your song ‘One Day’.That song has a big impact for you. What does it mean to you and in what ways has it changed the course of your career?

‘One Day’ is literally the credo of my life. It is every wish I have for the world and those of us living in it. It was a wake up call that reminded me I had to begin living an authentic life, making decisions that not only positively impacted me but also positively impacted others around me who may be struggling. It is a project that I will always be proud of and will always serve as a reminder for me to practice patience, love, understanding & acceptance for those who may be different than me. Afterall, we are all in this together. It’s time we start acting like it.

For your third album ‘You Matter’, you worked with Kent Wells. What was he like to work with and what did you learn from him?

Kent is an amazing producer and now a great friend. He’s very good about listening to your vision & goals for a song and then turning those ideas up a notch to make it even bigger and better than you imagined.

I learn something from Kent everytime we work on a project together. First, he’s made me realize that I can always do better. For example, I can just finish singing a line and think to myself, “I nailed it that time”. Then he’ll say, “I think you’ve got one even better in you” and he’s usually right. He also has taught me the importance of having the ability to play several different characters when you step in front of the mic; depending on the story and mood of the song.

At what point did you know that you wanted to pursue a career in music and what have been the biggest challenges for you?

I was bullied on a daily basis as a kid; from elementary all the way through high school which made me very insecure and question my purpose in life. However, in 8th grade, my theater arts teacher recognized that I had a hidden talent for singing. After lots of encouragement, Mrs. Nancy Foisner talked me into performing in the school talent show. I was so scared to get up in front of all my peers. I mean, these are the same people who ridiculed everything I did on a daily basis. It was an extremely vulnerable moment for me. However, I can still remember this moment like it was yesterday. The night of the performance, I finished my song and watched all of my peers stand to their feet, cheering and applauding me. I took home the 1st place trophy that night. It was the first time in my life that I felt accepted and celebrated by kids my age. It was that night I realized that my gift to connect with other people was through music. I knew right then that being a performer was the career path for me, and I’ve never looked back. Now, choosing country music and being gay was a whole new challenge in and of itself. That has caused me to find more determination than I ever thought I had to push through the obstacles thrown at me. Eventually, it also made me realize my purpose was not only to entertain but to use that platform to stand up for others who might be “different” then what is considered the norm.

What else are you hoping to fit in before the end of the year?

Aside from getting back on the road for shows again, one of my big goals is to make an appearance on the Grand Ole Opry stage and to convince Dolly to sing a duet with me. Some people may laugh when I tell them that’s on my 2021 bucket list but hey, they are goals that I am determined to achieve. Even if it doesn’t happen by the end of this year, I won’t give up. One thing I’ve learned is that ANYTHING IS POSSIBLE!

Curtis Braly’s new single ‘That Should Be Me’ is out to stream and download now. Listen to the track below:

Advertisement. Scroll to continue reading.
In this article:Curtis Braly