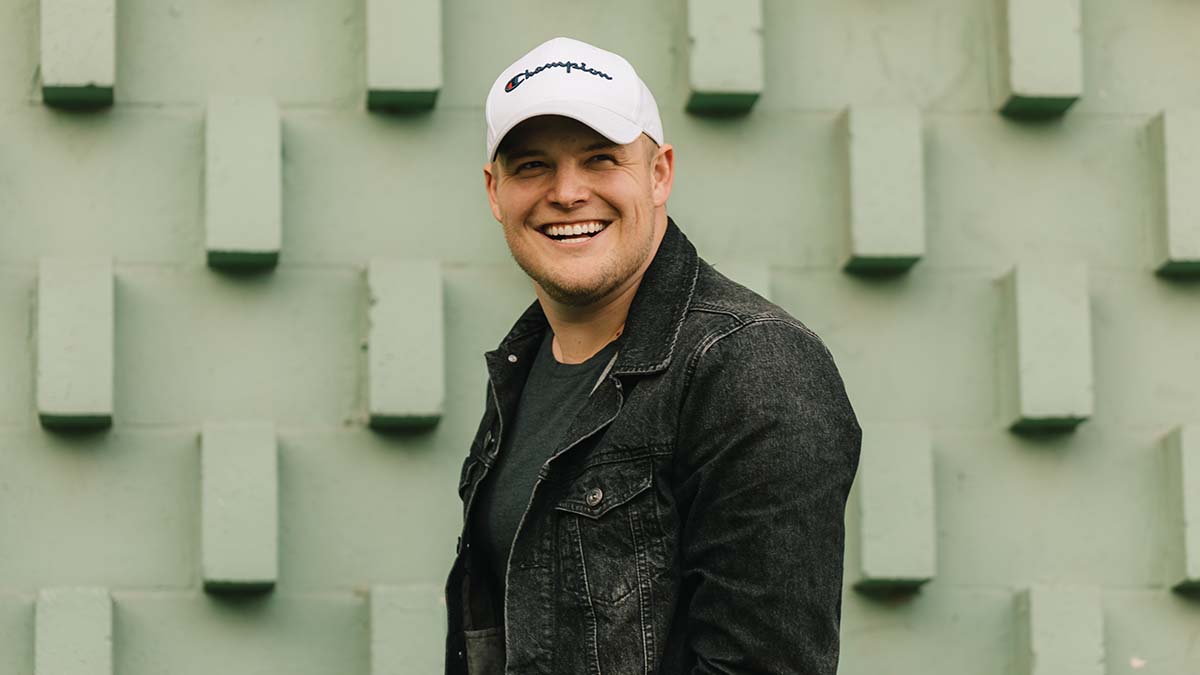 Independent Country artist Spencer Crandall garnered plenty of attention in 2020 with ‘Wilderness’, his chart-topping album that arrived following a series of EPs.

Just months on from that and Crandall has released new EP ‘Lost in the Wild’, which features new tracks and alternate versions of songs from ‘Wilderness’. It also contains a wedding version of his TikTok viral hit ‘My Person’, which continues to have a life of its own.

I caught up with Spencer recently to talk about the EP, find out his TikTok secrets and discuss the longevity of ‘My Person’…

You’ve just released your new EP ‘Lost in the Wild’, which is the follow-up to your album ‘Wilderness’. Why did you decide to put an EP out now?

The EP is called ‘Lost In The Wild’ because the album’s called ‘Wilderness’ and it features two new songs that didn’t make the album along with some reimagining of the ‘Wilderness’ project in general. We have a wedding version, we have a stripped version, we have an EDM version, which is super fun. It just felt like the right thing to do to follow up and point people back to that project that I’m so proud of that went number one and changed my life. It’s streaming like crazy and TikTok is really giving it a big life.

‘My Person’ has done amazing things for you and been all over TikTok. Why did you decide to do a wedding version?

It’s crazy. There’s now 50,000 TikToks made to ‘My Person’ and on most of those the number one comment is, ‘this should be a wedding song. There should be a wedding version. I want to play this at my wedding but I wish there was a more intimate version’. For a year I kept getting that comment. I looked at my manager and I’m like, ‘are we really dumb if we don’t put out this wedding version?’ (laughs) So we did, and the first video I posted on TikTok got watched three and a half million times, which is crazy. That put the original version back on the top five on iTunes and the next week the wedding version was in the top five on iTunes. That song just keeps finding more and more life and the wedding version has been really fun.

I’m going to share an idea with you that I shared with Russell Dickerson as he had a similar reaction to his song ‘Yours’. You need to put some sleigh bells onto ‘My Person’ and release a Christmas version…

The Christmas wedding version, I think you’re onto something. We’ll call it ‘My Presents’ (laughs).

One of the songs on the EP I love is the Nate Dodge Remix of ‘Delete All’, which makes me want an EDM album from you if I’m honest. Is that a sound you might explore more in the future?

I’m so curious about genre and I think most of my fans know that I really like to play within genre. I don’t think that the conversation of genre is super interesting, especially as an artist. There’s so many things I want to say and do so I’m going to keep doing whatever feels right whether that’s an EDM collab, a pop collab, a bluegrass collab… whatever that looks like it sounds super fun to me.

The industry loves to pigeonhole things and they can’t cope with artists that explore their sound. That isn’t helpful to you as an artist is it?

Might we hear some more alternate versions of songs from ‘Wilderness’ in the future?

You just never know. I think as time progresses, we’ll always keep coming back to these songs because they keep doing so well, they keep finding new lives. I think this was a great first step. I have a ton of new music that I’m really excited about coming up soon. We have a new era that we’re moving into after ‘Lost in the Wild’, which will be awesome.

Do you have lots of music backed up now thanks to the pandemic?

‘Wilderness’ was kind of the production side of that. I got so much time with my producer Lalo (Guzman). We sat down and produced a 21-track album. At the same time I was writing my face off because I had nothing else to do besides watching movies. I ended up writing pretty much a whole new album, which feels crazy to say. We’ve already started working on the structure and the production and all these things, and a couple singles that I feel are gonna be real game changers. The pandemic was terrible but for me, I did get to dig into who I am as an artist and the production and the writing. That was a huge blessing.

The roll out for ‘Wilderness’ was so creative. Do you feel it was beneficial to take the approach you did?

Something I’m super proud of, is the way that we put out ‘Wilderness’ with the four EPs that wrapped up into the album. It was such a fun way and I think the fans really felt that with the intros, outros and interludes, everything was very intentional, and everything was very on purpose and had a point. We told stories with my stories. We used art to make art. That was always something that I was interested in and ‘Wilderness’ really unlocked something in me, which is really fun.

Now the pandemic is easing up, are you looking into touring again and maybe coming over to the UK?

I would love to. One of my big dreams is to be able to see the world and to tour the world. I know country music is exploding in other places outside of America, like Australia, like the UK, like the Philippines, like all these places where they speak English, they have the same stories and lives and cultures. There’s some overlap there. People find these stories and they make them their own. The coolest thing ever would be to fly across the ocean and have somebody sing a song back to you. Super interested, it just has to be the right opportunity and make sense for us. The second that I can, I will definitely be there. It sounds amazing.

UK fans will know everything you sing, even if it’s something you once put out on social media and never recorded. We do have this reputation…

I’ve seen videos of some of my friends and it feels like they’re almost bigger in the UK than they are here. The fans just crave the music and they really show up for the artists they love.

What else do you have in the pipeline for this year?

I have so many new projects. I took the first part of the year to get them rolling and now I’m so pumped that I can announce a bunch of them. One is a video series on my YouTube called ‘Road to the Stadium’, which is a way better inside look at what it takes to be an independent artist in 2021. Something that I hope to do, really for the rest of my career, is show people a behind the curtain look at the real life of what that is and not just the highlight reel. We have a podcast coming out June 7 called ‘Why Are We Here?’ I’m incredibly excited about it. I get to have long-form nuanced conversations about some deeper stuff with really interesting guests and people. We have a fan club called ‘Stadium Gang’ that launched on May 30th and that’s an incredible opportunity to just get closer with my fans and turn fans to family and really make it feel like it’s our journey, and that when I play the stadium they have their ticket to the stadium from the get.

Was the past year harder for you because you are an independent artist?

Actually I think it made it easier if I’m being honest, maybe I’m a silly optimist. I think being independent allows for speed and I was able to make decisions in a time where most people had to jump through fences and wait and sit because of other people’s dollars or other people’s time. It’s my dollars and it’s my time so I actually get to make decisions pretty fast. Something like the ‘Lost in the Wild’ EP or even ‘Wilderness’ probably just couldn’t have happened with a label. I’m actually really grateful for my independence.

You’ve mentioned TikTok a few times during our conversation. Seeing as you are a TikTok master, what tips can you share?

It is the Wild West. That app, the second I think I haven’t figured out I post something and gets watched 100 times. I have no idea. For me, it’s just volume. I try to think about it like homework. I have two to three TikToks I need to post today. I make what I think is quality, but even that’s subjective. I let the market tell me what is quality and then I’m just reactionary when things are doing well I just double down.

Spencer Crandall’s new EP ‘Lost in the Wild’ is out now. Listen to the wedding version of ‘My Person’ below:

Advertisement. Scroll to continue reading.
In this article:Featured, Spencer Crandall