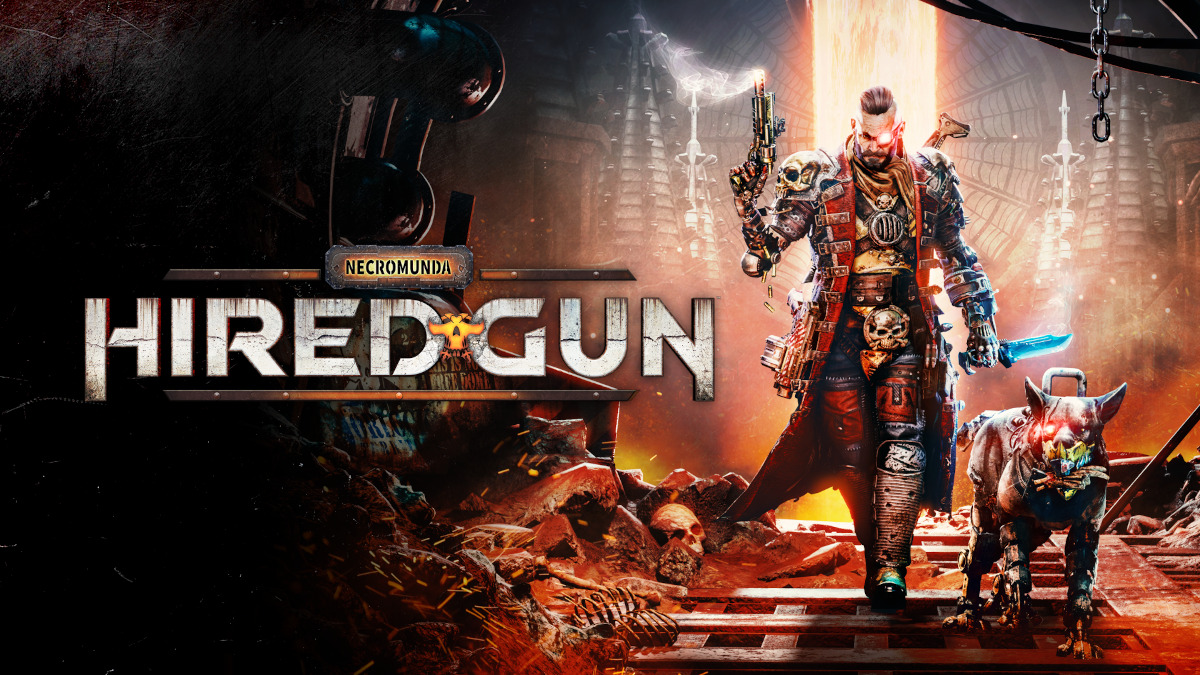 Necromunda: Hired Gun, the fast-paced FPS by the small, passionate team at Streum On Studio, is now available digitally on PlayStation 5, Xbox Series X|S, PlayStation 4, Xbox One, and PC. Physical copies for consoles will release at a later date.

Welcome to the gritty, violent hive city of Necromunda, a place where anything goes. As a rising bounty hunter in this utopia of violence, use the many tools in your deadly arsenal to see through your contracts and make a name for yourself in this infamous underworld. Watch the launch trailer above and get ready for Hired Gun’s unique universe, characters, missions, weapons and perks, cyber-augmented Mastiff included!

View some Necromunda: Hired Gun screenshots in our gallery:

Navigate an ocean of crime and corruption to balance the bloody ecosystem of Necromunda as a merciless hired gun. The money’s good, the dog’s loyal, and the gun’s reliable – but can you survive the hunt? Necromunda: Hired Gun is an indie fast-paced, violent, and thrilling FPS set in the darkest reaches of Warhammer 40,000’s most infamous hive city.

For the right price, eliminate the most notorious gangers and mutants. Your armoury is a sprawling arsenal. Your body is enhanced with a dozen customisable augments to run on walls and leap over chasms. Your cyber-mastiff will sniff out and kill enemies for you, while your grappling hook allows quick, agile traversal of the massive environments. The game also features Smart Delivery for Xbox Series X|S and a free PlayStation 5 upgrade.