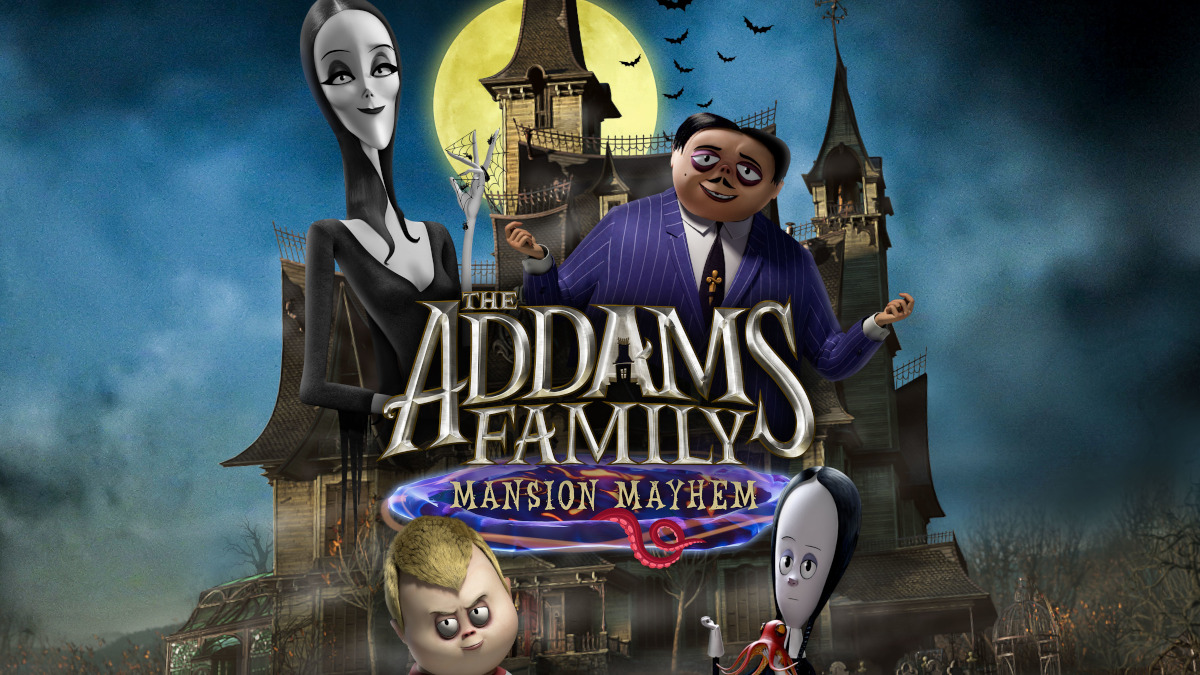 Metro Goldwyn Mayer (MGM) and Outright Games, working with developer studio PHL Collective, have announced The Addams Family: Mansion Mayhem. This brand-new video game features the iconic spooky family as they embark on a new adventure set in the world of the hit animated movie franchise.

In this 4-player co-op 3D platform adventure, you’ll be able to take control of Wednesday, Pugsley, Gomez, and Morticia. Help the Addams Family save their mansion from a mysterious visitor who is dead-set on taking over.

Watch the announce trailer for The Addams Family: Mansion Mayhem below:

Addams Family: Mansion Mayhem will be the first Addams Family video game to launch on console since 2001. The Addams Family’s timeless appeal has spanned generations with many fans loving the ubiquitous theme song and relating to the diverse cast that makes up the multigenerational family.

The franchise, which debuted as a comic strip, has gone on to inspire TV series, movies, comics, toys and collectables over its 80+ years. The family made a return in 2019’s animated The Addams Family, which featured a star-studded cast and achieved tremendous box office success, earning more than $200M worldwide. A sequel The Addams Family 2 is anticipated to be released in October 2021.

The Addams Family: Mansion Mayhem launches later this year, in time for Halloween, digitally and at retail for Nintendo Switch, PlayStation, Xbox and PC.