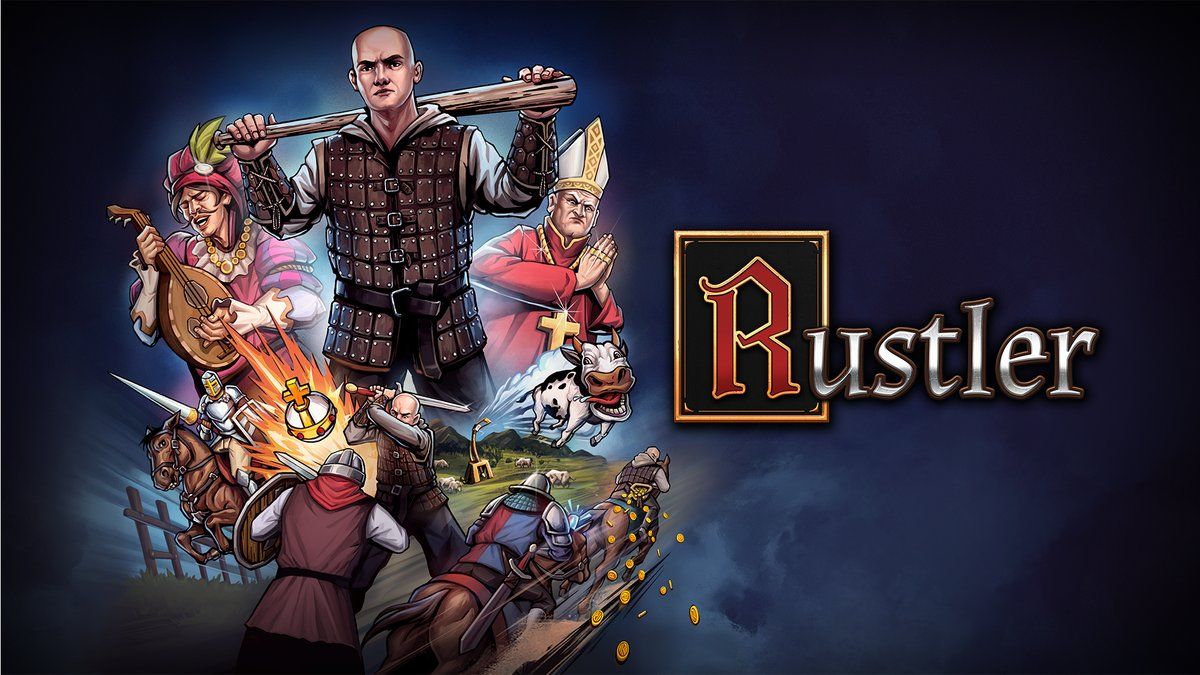 Modus Games has announced that Rustler is launching on 31st August across PC, Xbox One, Xbox Series X|S, PS4, PS5 and Nintendo Switch.

To accompany the launch news, a brand-new trailer has also been released that showcases horse larceny and other crimes that will be committed during Guy’s quest to win The Grand Tournament. When it isn’t crime, it’s generally being a problem for everyone around you in this ‘Grand Theft Horse’ display of mayhem.

In Rustler, you’ll play as anti-hero Guy, a brigand determined to win The Grand Tournament for its illustrious prize. Saddle up and prepare to complete quests, terrorize townspeople, shoot cows into the sky, and cause absolute ruckus as a medieval marauder in Rustler.

PC players can try the game out right now on Steam Early Access.

Rustler can also be pre-ordered via the official website.