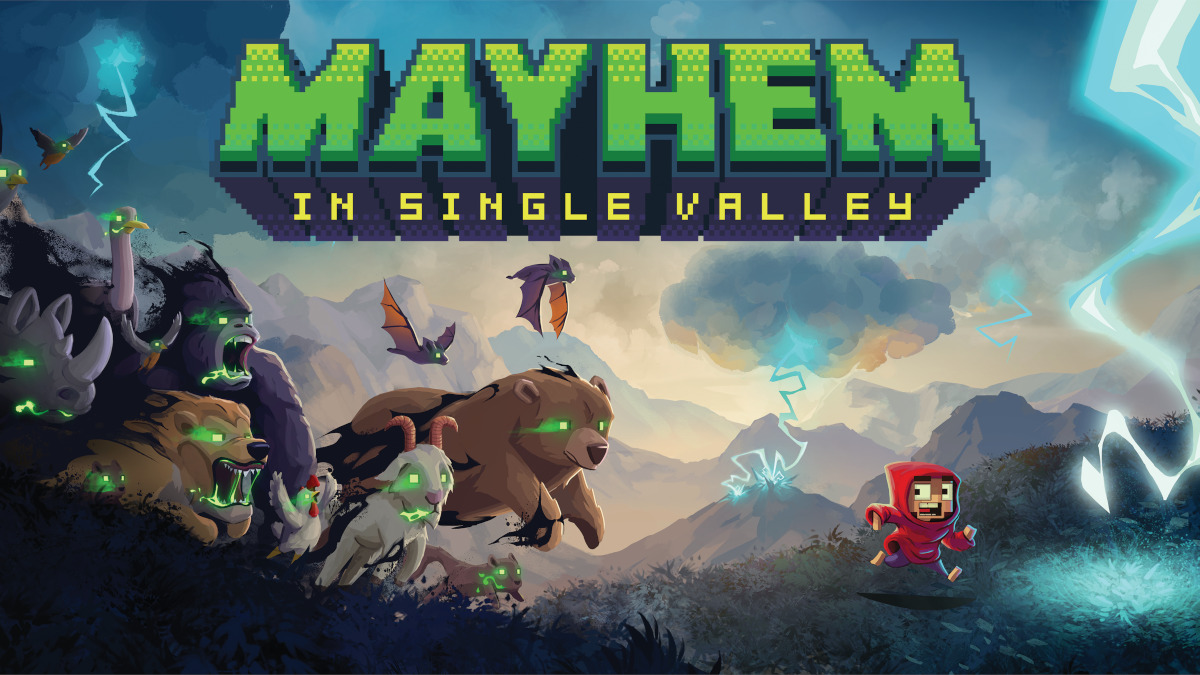 Fluxscopic, in partnership with tinyBuild, have announced the launch of Mayhem in Single Valley, a story-led, secret filled action-adventure.

Out now for PC via Steam, Mayhem in Single Valley follows the misadventures of Jack, a young wannabe artist who’s just been accepted to his dream art college. As he prepares to leave the quiet hometown he’s grown up in, he glances from his childhood treehouse to find – someone pouring radioactive goo into the town reservoir?!

Watch the Mayhem in Single Valley launch trailer below:

Jack is then tied up in a whirlwind adventure as a strange apocalypse begins to break down reality in Single Valley. Players will embark on an unpredictable journey filled with a sharp, diverse range of puzzles, alongside tense platforming and Jack’s knack for collecting and crafting strange tools along the way.

“Mayhem in Single Valley was inspired by the idea of merging everyday issues with a fantasy action adventure, with design touchstones of Toe Jam and Earl and Zelda: A Link to the Past.”

EF Games will have a full review of Mayhem in Single Valley later this month. The game is available now on Steam, with a 10% launch discount and a free demo available.