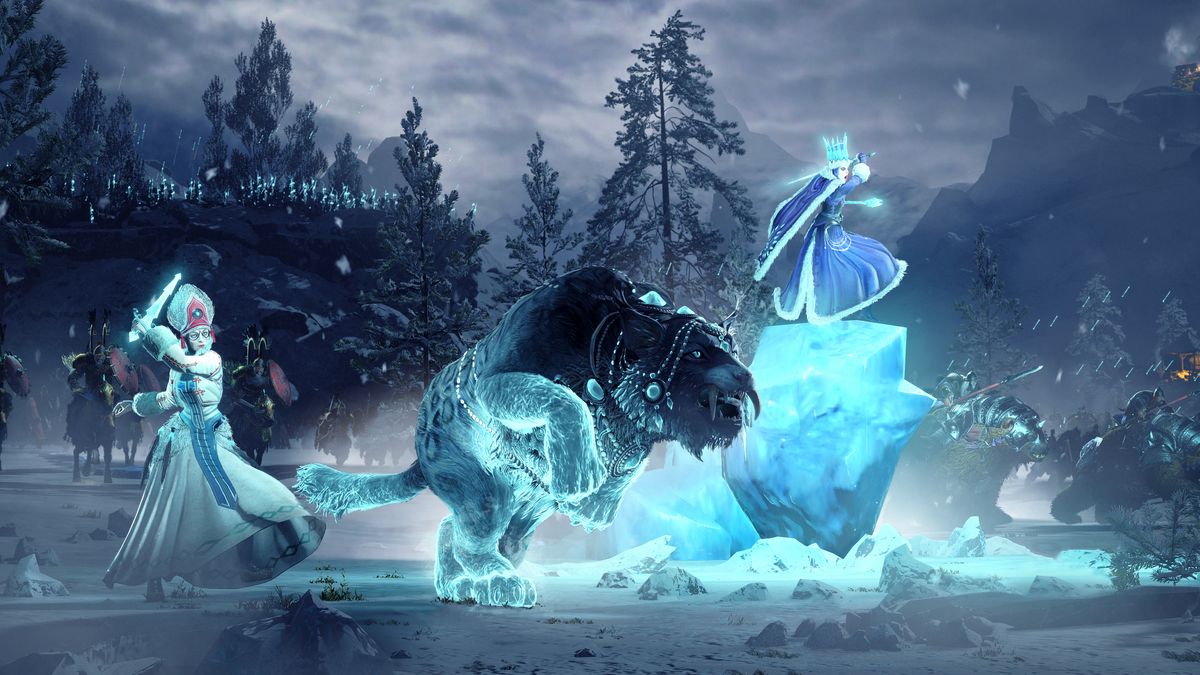 Total War Warhammer 3 is quite possibly the game I am most eagerly awaiting this year. I’ve ploughed over 400 hours into the last instalment and will hopefully do the same when this game arrives in late 2021. We’ve already been treated to a few videos (see the bottom of this post) showing off some of the new units and how the game will look. The latest trailer focuses purely on the forces of Kislev and gives us a more in-depth look into this previously unfeatured race.

The Kingdom of Kislev, sometimes known as the realm of the Ice Queen, is the most northerly human civilization within the Old World. A powerful and war-driven nation, its inhabitants are wolf-tough and self-reliant warriors, valiant and determined in the defence of their homeland.

Kislev is led by Tzarina Katarin Bokha, the Ice Queen of Kislev, one of the most powerful Ice Witches to have ever lived. Alongside her innate magical prowess, she relies upon proficient hand-to-hand combat skills that are elevated by her magical sword, Frostfang, which can fell even mighty beasts with a single blow.

There are two lores of magic wielded by the Ice Witches and Frost Maidens of Kislev: Ice and Tempest. The first is the raw, murderous power of cold, harnessed as a weapon, from frozen ground that binds to the foe’s feet to lances of icy death. The second is power over the weather, which has an emphasis on wintery effects such as the ability to conjure furious blizzards in battle.

Alongside Khorne, Nurgle, Tzeentch, Slaanesh, Cathay, and some yet-to-be revealed races and secrets, Kislev are the first Total War: WARHAMMER III race to be shown in detail. More information on their roster, legendary lords, and showcase units will be announced on 19th May.