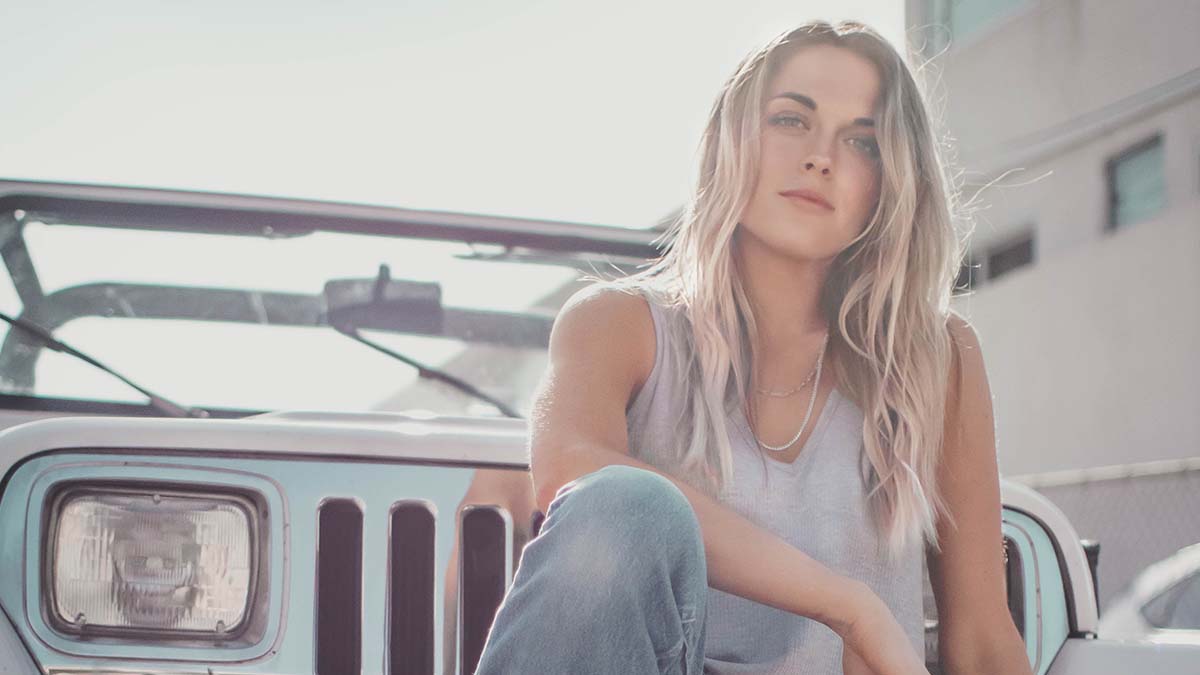 20-year-old Alana Springsteen moved to Nashville at the age of 14 to follow her dreams and she’s never looked back.

During the pandemic, Springsteen has doubled down on her music as she prepares to showcase the different sides of her talent over the course of 2021. Following on from ‘Trying Not To’ featuring Roman Alexander, Springsteen has just unleashed her summer anthem ‘California’, a song that is sure to take her to the next level.

I spoke with Alana ahead of the release of ‘California’ to talk about the track, discuss her success so far and to find out about her journey so far…

Your new single ‘California’ is your strongest track yet. What’s the story behind the song?

I wrote this song at the end of last year with some of my friends in Nashville; Jerry Flowers and Jared Keim. They’re both just incredible writers and we actually wrote ‘Trying Not To’ together too. It’s been a squad that I’ve just loved and connected with. I wanted to write a summer banger. It was the winter and I felt like we needed some good vibes. We came in, Jerry had this loop going, I started singing these melodies over it and the song materialized. I feel like it really does take you on a journey, it starts more stripped-down acoustic and then it blows up. I see this song in a stadium and I see the crowd jumping around. I love that side of my artistry. There’s two sides; there’s the night drive ethereal atmospheric side of my artistry and then there’s the California side where it’s stadium bangers and the whole crowd gets jumping. I’m really excited to take the fans on a journey this year and to show them all kinds of different sides to myself.

You mentioned this is the follow-up to ‘Trying Not To’ with Roman Alexander. That songs seems to have blown up for you. What was it like working with Roman on that and what’s the experience been like?

Honestly, it’s been more incredible than I could have imagined. We wrote for the first time last year, this song came out of that write actually. We’d wanted to write a duet because we never get to do that. The way we approached it was intriguing to us. Most duets you hear split up so the first verse will be one artist and the second verse will be another artist. With an idea like ‘Trying Not To’, it’s about two people that can’t really stay away from each other even know they know it’s the worst thing, it’s this push and pull and this tension that I think everybody relates to. We wanted to mirror that feeling in the verses where I take half and Roman takes half; it’s this conversation back and forth type of thing. The song just felt magical. When I heard back the demo, I was like, ‘gosh, this feels like such a cool way to start out the year, really make a statement and evolve my music’. It feels like a ramp up from my first EP and it has this energy to it that I love. It felt right to all of our teams so we got in the studio and made it happen. Jerry and Jared collaborated with me on this, I had so many different ideas, and I’m just thankful that they heard me out and were willing to collaborate. I love what happened with it and it’s been really cool to see the way it’s reacted. We were posting on TikTok and Instagram and the reaction to the song was so cool to see. I think the fans are really digging it.

TikTok seems to be where it’s at right now. I feel like I’m too old for it but should I be on there?

You’re never too old for TikTok! Jump on there. Even if you’re not even creating. just to watch the videos it’s so much fun. Oh my gosh! (laughs). There’s nothing like it, I love it.

What are you working on at the moment in terms of new music. Are you looking at another EP or is there a full-length album in the works?

I definitely want to release a lot of new music this year. I am working towards an EP for the end of this year. It’ll be around September. We’ve got ‘California’ coming out and then we’ve got a few more others coming this year, probably three or four more songs. We’re still deciding the lineup. I just want to show my fans different sides to my music and show all these layers to myself. I think this project is going to do that so I can’t wait.

Has the pandemic given you time to really focus on your creativity and songwriting?

Yeah, I think this year has been hard, obviously, for everybody and I miss live shows and touring so much, that gives me so much energy. I just love seeing how these songs react live. But I do think there’s been a lot of great things that have come out of this year for me too. On the creative side, just digging in with writers in town. The thing about country music that I love is it really all comes back to the song. That’s always been the most important thing to me, just having a song that can stand on its own and feel special. I’ve really been able to write some of my best stuff this past year. I’m thankful to have been working with new people and new writers, and obviously, the staples that I love. The fans are going to see that this year, they’re going to see a lot of great songs because I’ve had that time to just dig into it.

On the other side of it, has it been frustrating as an artist on the rise that you haven’t been able to get out there and play live?

One of the biggest things that made me want to be an artist is the energy you get from the crowd. It’s like nothing else. It has been hard. I love that face-to-face interaction with fans and just being able to hug people and meet them. TikTok is something I’ve leaned into this year, and thought about how can we recreate that the best way we can online. I’ve done a lot of Instagram lives and a lot of Zoom concerts and just virtual things where you can connect with fans in a different way. I think it’s funny because during live shows, you can’t really have conversation with fans while you’re playing, but on Instagram you can read the comments as they come in. Just having that ongoing conversation is a unique thing. I love it. We made it work.

Streams have been a saving grace for artists and you’re right, the feedback aspect has been great but I imagine not being able to hear the applause must be strange?

I never know what to do when I get done with the song because usually there’ll be applause but I’m just like, ‘yeah, that was great’ (laughs). We’re doing what we can. Obviously no one planned this but we’re all getting through it together.

You moved to Nashville when you were just 14. How did you know at such a young age that this is what you wanted to do?

Man, it’s not something I ever could have planned. It’s crazy. I feel like it was just meant to be. Music has been my passion my whole life. I grew up singing in church, both my granddad’s are pastors, and I started playing guitar when I was seven. I started writing my own songs when I was nine. I was always obsessed with words and storytelling, but when I put the two together, it was just this whole other world that was opened up, and I knew it was gonna be something I’d do for the rest of my life. Performing is one of the first things that I fell in love with. I would get out in front of any crowd that I could, because I love that energy so much. When you find your passion, everybody has that crazy dream that they feel like they’re meant to do, and you’ve just got to go for it. I was lucky enough to have parents that encouraged that in me too. They always told me to go chase my dreams and weren’t like, ‘oh, music isn’t a real job, you can’t do that’ (laughs).

When I was 10, I actually got to come to Nashville for the first time and we made a trip up here. I just got to see the community behind these artists and everything that goes into being an artist, and learn about co-writing, which was a whole new concept to me. Just collaborating and putting minds together with people that are the same as you and have the same passions, it was just so unique and so cool. I think from that first trip to Nashville, I knew I was eventually going to move here, I just didn’t know how soon it would be. At 14 I got offered my first publishing deal and that was kind of the moment where you go, ‘okay, either we’re doing this or we’re not’ and we did it. My parents moved up here with me and my three younger brothers and I’m so thankful. That’s really where my real journey in music and this industry started, was when I finally got to start writing full-time and learning from some of the best writers in town and figuring out how my voice was different from other artists.

Everybody’s path is different. It is cool to be 20 doing this because I think sometimes we lack that perspective. Taylor Swift was really influential to me, because she was saying those things that were young and those stories that resonated with me, and I really just hope I can be completely transparent and write from my perspective, that’s always what I tried to do. I think that’s going to resonate with that age group. I’m really excited.

Alana Springsteen’s new single ‘California’ is out now and you can watch the music video below:

Advertisement. Scroll to continue reading.
In this article:Alana Springsteen, Featured