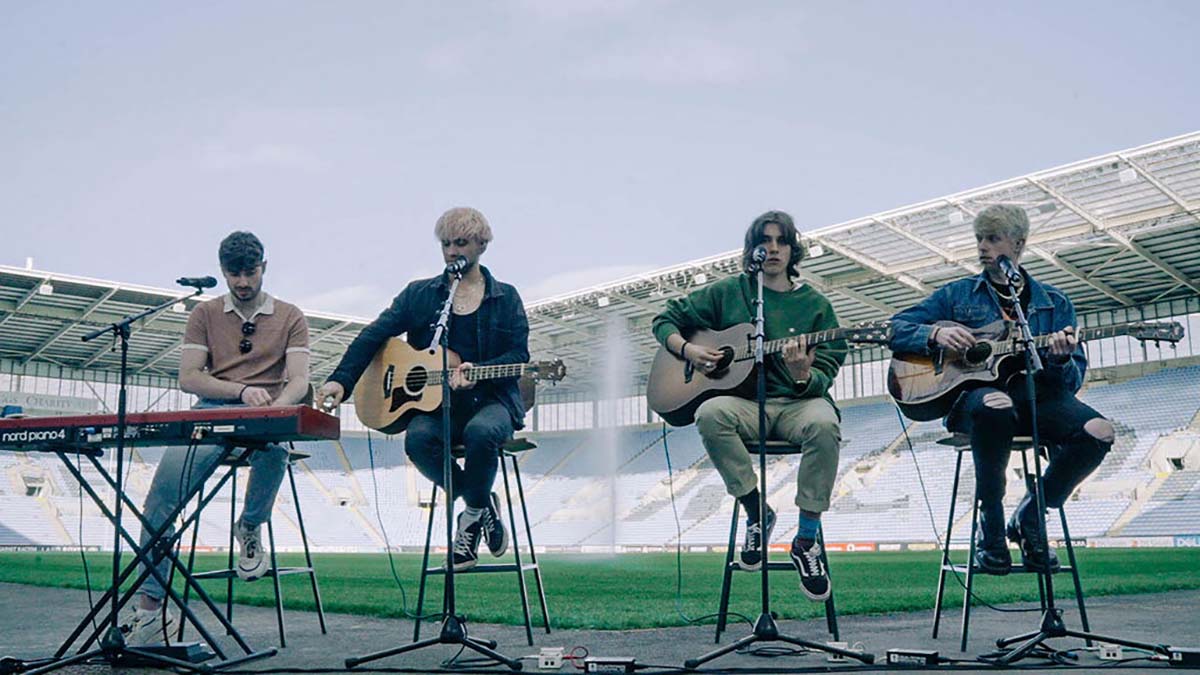 Since September, the winners of the first series of ‘Little Mix The Search’, have launched their own three-part digital series on the BBC YouTube channel.

‘Since September: The Empty Seats Tour’ is a brand new web series commissioned exclusively for the BBC YouTube channel, following the winning band in the beginning of a year leading up to the biggest gigs of their lives.

In preparation for their prize to support Little Mix on their postponed nationwide tour in 2022, the series follows the band as they embark on a tour with a difference; playing at some of the UK’s most iconic venues, only in front of empty seats rather than sold out crowds. With gigs and concerts currently on hold due to the nationwide lockdown, the boys are given a once in a lifetime opportunity to perform at some of their favourite music venues across the country.

Taking in each of their home towns, ‘The Empty Seats Tour’ sees the boys play at Coventry’s Ricoh Arena, Salford Lad’s Club in Greater Manchester, and finishes with a breath-taking performance from the rooftop of the Tate London along with a fun pit stop in Blackpool.

Since winning ‘Little Mix The Search’, Since September have been constantly working, writing and rehearsing and now, they have the chance to showcase some of their new original music.

Viewers can also expect a special appearance from one of Little Mix who visits to share some much appreciated words of wisdom and advice.

Advertisement. Scroll to continue reading.
In this article:Since September