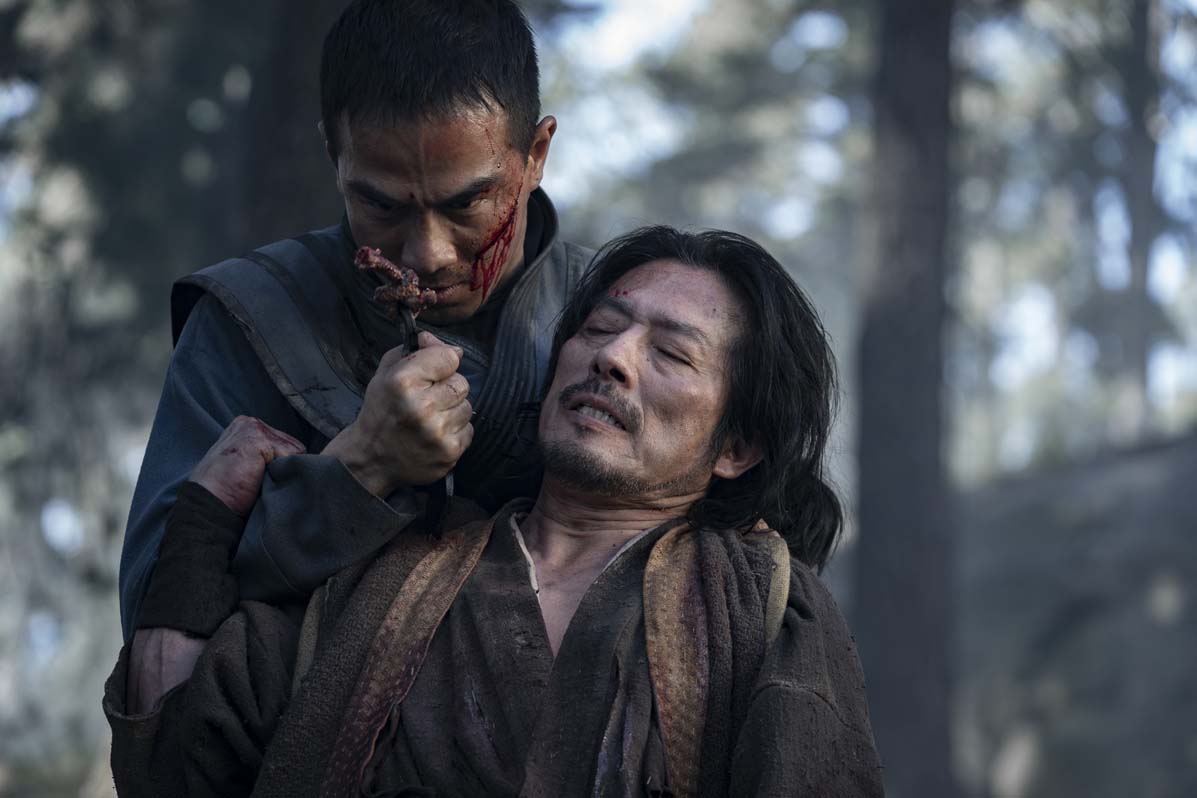 Mortal Kombat has been crying out for a modern reboot for years. The enduring success of the games has guaranteed a hungry audience of fans around the world who passionately love this franchise. They have been clamouring for a faithful big-screen adaptation – one that honours the carnage-fuelled action and accurately shows it off onscreen. Mortal Kombat getting an R rating in America offered a glimmer of hope that this version would be a better reflection of the ultra-violence that has made the franchise such a success for so many decades. The end result is a film that certainly entertains and will keep fans happy, but still falls short of capturing the full potential of this whole universe.

Firstly, it’s been given a 15 rating in the UK and that’s a little surprising given that there is a lot of blood-drenched fatalities on show. But Mortal Kombat has been made in the same vein as all those 80s and 90s straight to VHS action films with an 18 certificate. Its target audience is clearly not 18+ and much like I did in my youth when I rented films like No Holds Barred, Showdown in Little Tokyo and Kickboxer 2 well before I was 18, this is a big studio movie that plays to its audience whilst slightly masquerading as a more adult-themed project.

And this is where the problems stem from with 2021’s Mortal Kombat. It doesn’t have the ambition to truly embrace its 18 certification. The film could have really gone all-out to echo the sheer savagery and style of the games, but when you take the film as a whole, there’s not enough distance between what the 1995 Mortal Kombat film did and what this one does. Blood isn’t enough – you need to make the story much more mature too.

The start of the film does this exceptionally well. We are introduced to Hanzo Hasashi (the always excellent Hiroyuki Sanada) in 1617 Japan. He seems to be a simple family man, who leaves his wife and 2 children behind to fetch some water from the well. Whilst he is gone, his village compound is attacked by warring Chinese clan member Bi-Han (a brilliant Joe Taslim). After slaying his family, Hanzo and Bi-Han duel, as their feud transcends even death, and leads to a strong basis for the movie ahead.

This is by far the best sequence in the film, and it promises a lot by laying down some credible and engaging groundwork. The fight scenes and superbly played, the story feels mature and the two leads are superb as legendary MK characters Scorpion and Sub-Zero brought to vivid life. Given that Mortal Kombat doesn’t feature the actual tournament itself (that’s saved for the inevitable sequel), I would have much preferred the first film to have been a proper origin story of these two legendary characters. Sadly the rest of Mortal Kombat lulls badly in the middle third, especially after such a promising and optimistic start, before an all-too-brief finale tries to tie everything up hastily.

After the strong opening, we meet Cole Young (Lewis Tan), a prize-fighter who has a destiny bigger than he could have ever imagined. Paired up with military agents Sonya Blade (Jessica McNamee) and Jax (Mehcad Brooks), Cole finds out that he is destined to fight for the very soul of our existence. Transported to train for the upcoming Mortal Kombat tournament that will decide the fate of our world, this is where the film first loses its momentum in a bid to quickly establish the other characters.

The training segment is needed to introduce us to some of the other players, namely Ludi Lin as Liu Kang and Max Huang as Kung Lao but the sense of escalation and the looming doom of the tournament is needlessly lost with overlong dialogue exchanges and no real set-pieces of worth. It’s not a total loss, but it could have been handled a lot better to build momentum and keep the stakes suitably high. This is where Josh Lawson’s character Kano really keeps the film going. He is brilliantly entertaining and drags the film’s head up above water many times. His fights are also done really well and are funny to boot. There’s even a few choice catchphrases thrown in for good measure.

The bad guys, led by Shang Tsung (Chin Han) interfere with their training and come to blows in disappointingly predictable encounters before a fun, but all too brief, finale is set up that brings together two of the franchise’s best characters. I’m a fan of Chin Han’s usually, but I feel like the character of Shang Tsung needed much more energy and personality to sell this effectively. The same can be said for Tadanobu Asano as Lord Raiden. They aren’t bad, but just forgettable in a movie full of larger-than-life characters. Say what you will about the 1995 movie, but Cary-Hiroyuki Tagawa and Christopher Lambert gave those roles an energy and verve that is noticeably lacking this time around.

The rest of the cast all do ok, but this is certainly Hiroyuki Sanada and Joe Taslim’s film. They do their roles proud and look like they can easily carry the huge weight of expectation that Mortal Kombat conjures up. With a lot of characters still to be introduced, including a teaser for a big fan favourite, the run up to the actual tournament could be a great opportunity to deliver something special.

It might not be the slam-dunk it should have been, but there’s enough here to suggest that the makers of Mortal Kombat are on the right path. If the sequel learns from its mistakes and concentrates on the right things, Mortal Kombat could easily level up its game and become a cinematic franchise rather than just a cash-in, which is what everyone wants. Test your might a bit more and we could have something that does the brilliant legacy of Mortal Kombat real justice.