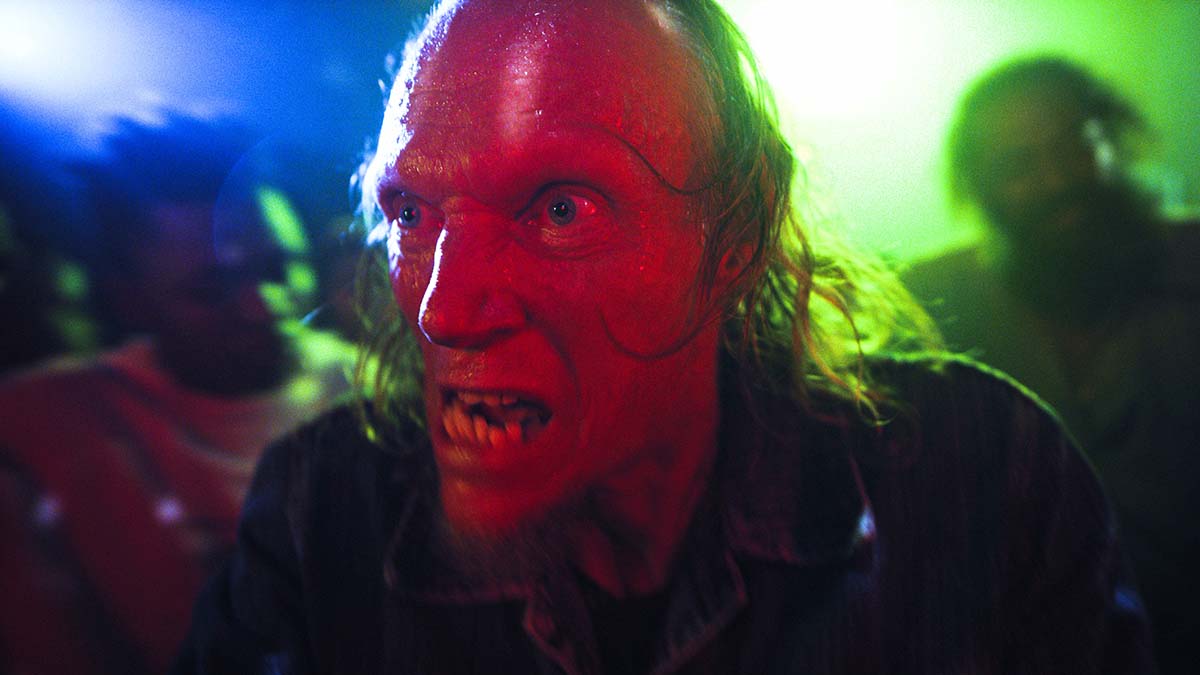 No-hoper drug addict Barry (Gary Green) walks out of his home following a row with his wife, leaving her to raise their young son. Embarking on yet another bender, Barry’s night takes a turn for the strange when he’s kidnapped by aliens and returned to Earth, his body inhabited by an alien. What follows is a rollercoaster of violence, drugs and sex as Barry wanders through Cape Town.

If you’ve read the first paragraph of this review and thought, ‘this film sounds completely bonkers’, then you’d be right in your assumption. Director Ryan Kruger’s ‘Fried Barry’ is more of an experience than it is a cohesive narrative feature. Set in Cape Town, the viewer is very much put into the shoes of Barry as his bender turns into an alien abduction that changes the course of both his evening and his life. Much of the film features Barry wandering aimlessly from one encounter to the next with people he meets along the way.

It’s established from the opening that Barry isn’t a good person. The way he treats his poor wife and child is pretty appalling, and his addiction to drugs is what drives him forward through a day. His behaviour quickly escalates as the film progresses with his encounters becoming increasingly more violent and sadistic. At one point, Barry picks up a prostitute and following their uncomfortable shag, the woman finds herself experiencing a rapid (and bloody) pregnancy. Scenes like that go for shock factor rather than anything but they are sure to satisfy the gore hounds.

Where the film falls down is that there isn’t enough character development. Barry isn’t a sympathetic character as he doesn’t have any redeeming features. The character is shown as self-destructive and the alien controlling his body is simply amplifying Barry’s already poor behaviour. Actor Gary Green gives a solid performance and makes Barry hugely unlikeable, but there’s not enough material for him to really grab onto. Similarly the supporting characters never become anything more than fodder for Barry so there’s no one in the film that you can truly connect with.

‘Fried Barry’ is amusing enough but for me there isn’t enough substance to make this a truly must-see film. If you like your cinema a bit off-the-wall and random, then this will be right up your street, but if you want something a little deeper and smarter, this isn’t going to be for you. Take ‘Fried Barry’ for what it is – a bonkers joyride through Cape Town – and you’ll be entertained but don’t search for anything deeper.