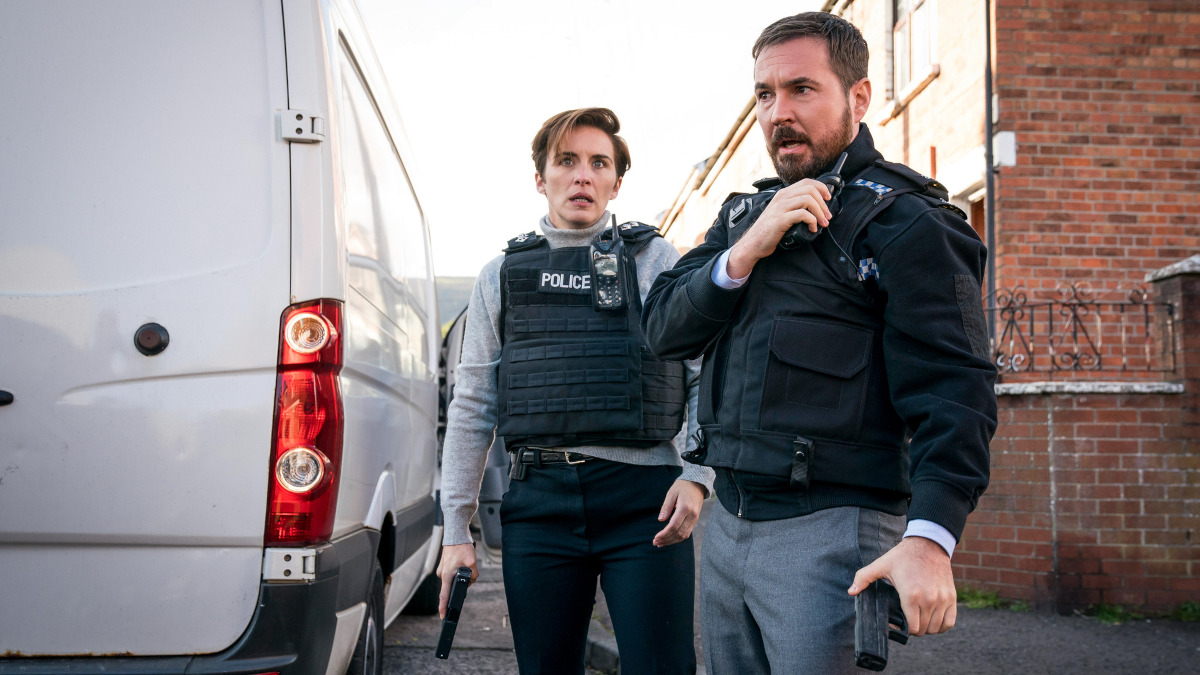 On the sixth episode of Line of Duty series 6, we found out what happened in the stand off between Fleming (Vicky McClure) and Pilkington (Gregory Piper).

Arnott (Martin Compston), Bishop (Shalom Brune-Franklin), Hastings (Adrian Dunbar) and Carmichael (Anna Maxwell Martin) arrived on scene to find Pilkington dead, having been shot twice in the chest. What they didn’t find was Fleming and Davidson (Kelly Macdonald) who had fled the scene

Watch the Line of Duty season 6 finale trailer below:

Fleming was worried about being framed for shooting Pilkington so fled. She appeared to be trying to get proof that Davidson wasn’t bent. Fleming ditched her service vehicle and used a set of keys from Arnott to take his car and a burner phone. However, she didn’t know that trackers had been placed on AC-12 vehicles and the police soon caught up with them.

Fleming tried to escape but they soon found themselves surrounded and Arnott helped talk them both into surrender. Back at AC-12, Carmichael decided to lead the interviews and tackled Davidson first.

Initially she seemed to be sticking to “No comment” for all her answers. After the team revealed that Tommy Hunter wasn’t just her uncle, but also her father, she became upset and began to open up a bit. However, she was still very particular about what information she revealed, presumably in fear of being murdered.

Davidson admitted to some of her corrupt actions and also claimed she was the one to kill Pilkington. During the interview, Carmichael kept shutting Hastings down whenever he tried to uncover police corruption.

Fleming was released and teamed up with Arnott again. Davidson was charged and sent to prison, while Hastings became very upset about the impossible situation he finds himself in.

At the end of the episode, a raid was carried out in Spain on the supposed location of Marcus Thurwell (James Nesbitt). At the property two bodies, presumed to be the Thurwells, were discovered.

In the final episode, with time running out, AC-12 attempt to unmask ‘H’, the Fourth Man (or Woman) commanding the network of corrupt officers behind the murder of Gail Vella. But sinister and powerful forces appear intent on orchestrating a cover-up..

Only a single image has been released ahead of the finale. The above trailer gives a little more of a tease on what to expect. Will we finally learn the identity of H?

Line of Duty series 6 concludes on Sunday 2nd May, 9pm on BBC One and BBC iPlayer. Preview the episode with our gallery below: