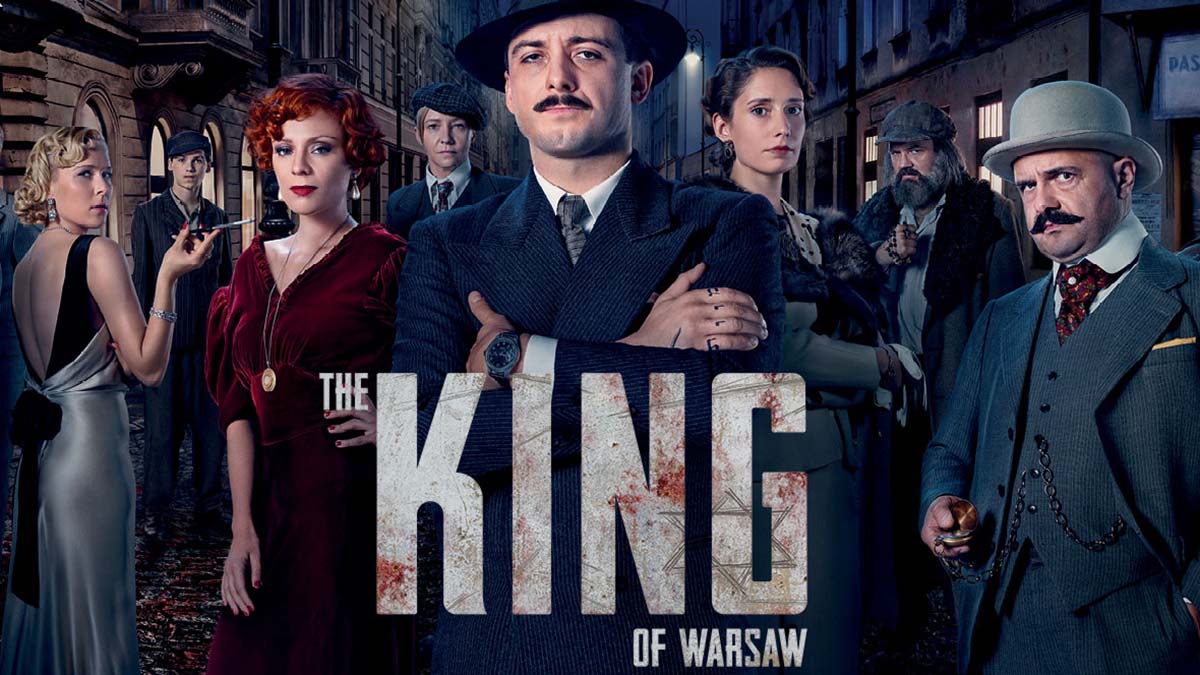 Walter Presents is partnering with the Polish Cultural Institute to premiere the first two episodes of two brand-new Polish series, ‘Raven’ and ‘The King of Warsaw’ online at the 19th Kinoteka Polish Film Festival.

The series will be launching on various Channel 4 channels later this year as part of Walter Presents’ 2021 Polish Season alongside three other series (‘The Pleasure Principle’, ‘The Defence’ and ‘Angel of Death’). This also marks the first time that Kinoteka festival include TV series in their curated programme.

Award-winning actor Michal Zurawski who stars in both series will be joining the screenings virtually for a moderated Q&A.

Police officer Adam Kruk wears a neck brace and is addicted to painkillers and psychedelic drugs. When he receives an unexpected visit from Sławek, his childhood friend, the man forces him to return to Białystok, the city of their youth, to lead an investigation related to molesting children at the orphanage where they grew up. But shortly afterwards Kruk is summoned to investigate the kidnap of an 11-year old boy and has to put his private investigation aside. With his wife pregnant and attempting to give up on his deadly addictions, Kruk has plenty of demons to battle whilst hunting for the shocking truth.

Directed by Maciej Pieprzyca (‘Icarus’, ‘I’m a Killer’) this eerie crime drama is an unusual mixture of a surreal folk tale and down to earth, hard hitting, detective story. It can bring to mind such crime series classics like ‘True Detective’ or ‘Fargo’ but with a distinctive European edge to it.

‘The King of Warsaw’

‘The King of Warsaw’ premieres on 3rd June at Kinoteka and 13th August on More4.

It’s 1937 Warsaw and fascism hangs over Europe. The Jewish mafia rules the city before the outbreak of World War II under the leadership of Buddy Kaplica, a Polish gangster-socialist with connections in high places. His right-hand man is a ruthless Jewish boxer, Jakub Szapiro, adored by women and envied and feared by men. Deep down, Jakub dreams about taking over Buddy’s position and becoming the King of Warsaw. Torn between loyalty to his boss and a chance to fulfil his own ambitions, Jakub will rise to a decisive fight for power in the streets and will be absorbed by the relentless world of sex and violence causing a mob war which could determine the fate of Warsaw and the entire country.

After we’ve explored prohibition times in ‘Boardwalk Empire’ and followed the Shelby family’s saga in ‘Peaky Blinders’, now it’s time to travel to Central Europe and see Jakub Szapiro rise to power. The series is based on the recently published in the UK book of the same title by Szczepan Twardoch, one of the most prominent Polish writers of this generation, directed by Jan P. Matuszynski of the cult biopic about the artist Zdislaw Beksinski – ‘The Last Family’.

Advertisement. Scroll to continue reading.
In this article:Raven, The King of Warsaw, Walter Presents