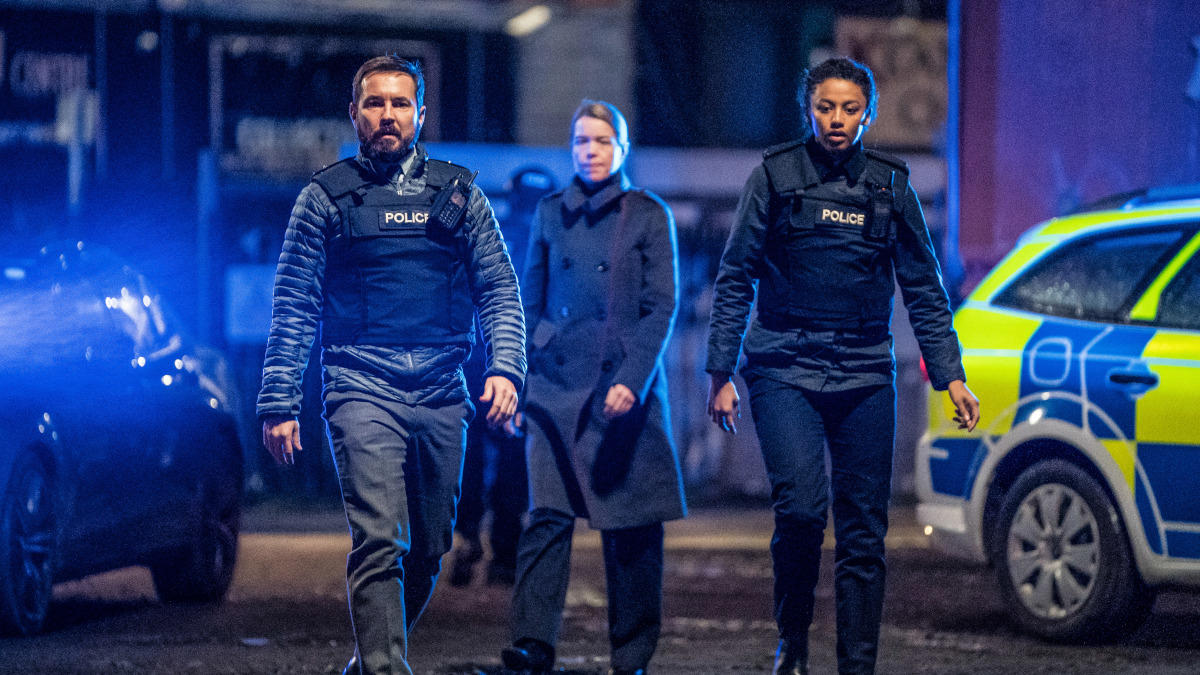 On the fifth episode of Line of Duty series 6, Fleming (Vicky McClure) hatched a plan to try and prove that Davidson (Kelly Macdonald) wasn’t another bent copper. It was a packed episode that also left us with another huge cliffhanger.

Following the murder of Jimmy Lakewell (Patrick Baladi), AC-12 worked hard to dig into past cases to identify more links between Gail Vella (Andi Osho), corrupt officers and OCG’s (Organised Crime Gangs). Bishop (Shalom Brune-Franklin) did most of the leg work and came up with plenty of material while Arnott (Martin Compston) pieced things together and came up with several theories.

Of particular interest was a case from 2003 involving the death in custody of a black man named Lawrence Christopher. The evidence led them to identify DCI Marcus Thurwell (James Nesbitt) as a person of interest. Other links were uncovered that pointed at Ian Buckells (Nigel Boyle) and Chief Constable Philip Osborne (Owen Teale).

The cliffhanger from last episode revealed that Davidson’s DNA was a strong match to that of deceased OCG boss Tommy Hunter. His son Darren was also found to have been a suspect in the Lawrence Christoper case.

After Davidson began acting distant with her, Fleming came up with a plan to try and determine whose side she was on. She announced to MIT (Major Investigation Team) details of a workshop raid and confiscated their phones. Fleming also gave Davidson and AC-12 details of the raid and of two other sites. AC-12 had surveillance set up at each of the three sites.

The first raid was a decoy and allowed AC-12 to catch Pilkington (Gregory Piper) making a call on a burner phone. That call was linked to OCG members who went straight to the second site. Arnott was there with his team and the two OCG members were shot and killed when they refused to surrender.

Hastings went to see PCC Sindwhani (Ace Bhatti) and was surprised to hear that he was resigning. Osborne had criticised ‘police meddling’ and was cutting back anti-corruption. Sindwhani had been fighting for AC-12 and said Hastings needed to prove the corruption before he was forced out.

Hastings had a further surprise when Detective Superintendent Patricia Carmichael (Anna Maxwell Martin) turned up at AC-12. She was being lined up to take over from Hastings and dropped the charges against Buckells. Worried about the budget she had also suspended all surveillance on Davidson, Pilkington and Terry Boyle.

Davidson was told by the OCG to get rid of Fleming. She arranged to meet her outside of work but changed the location to a lorry park at last minute. Fleming got details to Arnott of the meet and the AC-12 team rushed to her aid.

Before they arrived, Davidson turned up and apologised to Fleming. Pilkington was with Davidson and pulled a gun on Fleming. The pair argued and Fleming managed to distract him by talking and had him worried when she told him he was under surveillance. The episode ended with Fleming and Pilkington aiming their guns at each other. Davidson screamed and two shots rang out but we didn’t get to find out who fired or if anyone survived.

In episode 6, as AC-12 struggle to deal with the repercussions of tragic events, Hastings makes one final bid to uncover institutionalised corruption before his time runs out.

Only two images have been released ahead of the episode. They show the AC-12 team of Arnott, Hastings and Bishop arriving on scene with Carmichael in tow. They look concerned and one image shows Arnott putting rubber gloves on. My guess is that Pilkington took a bullet but we’ll have to wait to find out. If he did, was it Fleming, Davidson or someone else who took him down?

Line of Duty continues on Sunday 25th April, 9pm on BBC One and BBC iPlayer. Preview the episode with our gallery below: