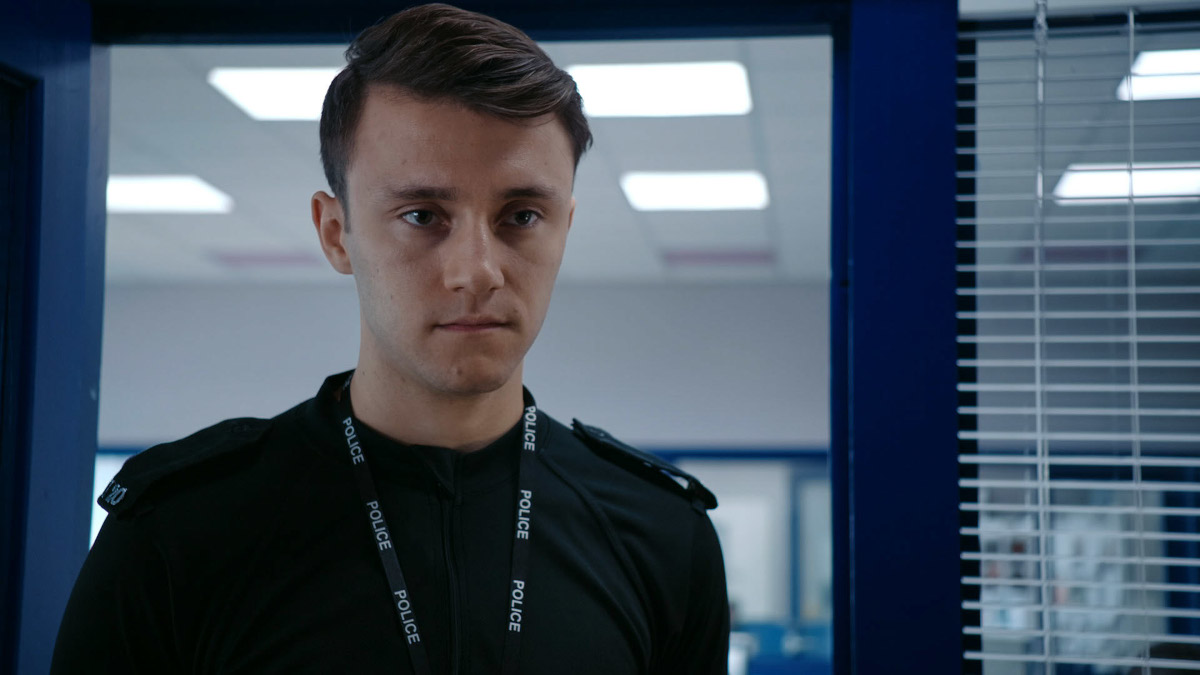 The fourth episode of Line of Duty series 6 was rumoured to be pretty special and I’m pleased to say it didn’t disappoint. There was so much packed in to the hour that I had to rewatch it a couple of times to take it all in.

The episode opened up at the Hill with DCI Jo Davidson (Kelly Macdonald) briefing her officers following the arrest of Detective Superintendent Buckells (Nigel Boyle). She’d spoken to her superiors and made clear that the actions of Buckells shouldn’t be held against MIT (Major Investigation Team). In Buckells absence, Davidson had been promoted to Acting Detective Superintendent.

Davidson reiterated that their goal of catching Gail Vella’s (Andi Osho) killer hadn’t changed. She said they needed to accept that certain evidence may have been overlooked. DI Fleming (Vicky McClure) helped go over some of the evidence and DS Lomax (Perry Fitzpatrick) brought up the distraction of the armed robbery on the morning of the raid. Fleming was keen to look into the firearms used in the robbery. Davidson said they should keep an open mind and start with a fresh slate.

Later, Fleming went to a meet with Hastings (Adrian Dunbar). He wanted to start proceedings against Pilkington (Gregory Piper) immediately. Fleming pushed back and said they stood to gain more by keeping him in play. Hastings went along with it and said AC-12 would place Pilkington under surveillance.

The action moved quickly to the AC-12 interview of DSI Buckells for his arrest of Perverting the Course of Justice. Arnott (Martin Compston), Hastings and Bishop (Shalom Brune-Franklin) went through the evidence. They asked about Buckells relationship with Deborah Devereux and he said he didn’t have one. The team showed plenty of evidence that the pair had been in touch, including a rather inappropriate and flirty communication history.

Initially Buckells tried to rubbish their claims but as the evidence piled up he really didn’t have a leg to stand on. He tried playing the victim card but Hastings refused to take any of his nonsense. There were plenty of examples that Buckells had been making terrible decisions that had seriously affected the outcome of police operations.

He tried to push the blame for everything on to others, including the missing police files that were found in his service vehicle. Buckells said he couldn’t explain how they got there. Hastings was convinced that they’d found a pattern of events with links to an OCG (Organised Crime Group). Buckells looked like he might burst into tears as Hastings ripped into him before telling the team to charge him.

After charging Buckells, Hastings was called in again to see DCC Andrea Wise (Elizabeth Rider) and PCC Rohan Sindwhani (Ace Bhatti). They were furious at not being kept in the loop. Sindwhani left the room and Wise explained that Hastings had a month left before they would force him into retirement. To really stick the knife in, she explained that AC-3, AC-9 and AC-12 would be merged into a single unit and anti-corruption numbers would be cut by 90%. Hastings was visibly upset.

Forensic evidence collected at the home of Jatri (Anneika Rose) confirmed that Davidson had lied about being there. At home, Davidson was shown trying to communicate with the OCG to say she was finished before knocking her laptop off her desk.

AC-12 reviewed the surveillance on Pilkington and discovered that he had been following Davidson around. They didn’t have any evidence showing him communicating with an OCG. Fleming wanted to warn Davidson but Arnott had concerns that Davidson could be working with Pilkington. Hastings agreed and refused to authorise a warning as it could jeopardise the operation.

Fleming later went against Hastings and told Davidson of her concerns about Pilkington. Davidson had already seen Pilkington watching her and decided to try and tackle the problem. She called Pilkington into her office and said she would ensure he still received his commission for saving Terry Boyle. She also told him that she would need to drop him off the team due to budget cuts and needing to bring in a new senior DI. Pilkington gave her a long menacing stare before thanking her for the opportunity.

Forensics also had a breakthrough after looking into work computers that Gail Vella might have used. They managed to uncover a new audio file of a phone call that she had made. The team reviewed it and Hastings said it was regarding Operation Trapdoor. Arnott had a eureka moment when the male voice spoke of “Balaclava Men”. He revealed that the man that Gail was talking to was Jimmy Lakewell (Patrick Baladi) – the lawyer with OCG links from series 4 who defended Roz Huntley (Thandiwe Newton). Lakewell was also the man who set in motion Arnott being attacked.

Arnott and Bishop paid a visit to Lakewell in prison to talk about Vella. Lakewell said he knew about her murder but had never met or spoken to her. They showed him the evidence that he had called Vella and revealed they had the audio file. They pushed him on what he knew and he ended the interview, hinting that the prison guards couldn’t be trusted.

Arnott came up with a plan. He took an unmarked armed convoy to the prison to move Lakewell for a secure interview. On the journey he presented Lakewell with legal documents that would make him immune to prosecution and see him vanish into witness protection if he told them what he knew.

Lakewell was still reluctant to talk and, before he could, the convoy was ambushed. Two vehicles arrived full of armed balaclava men and a spike strip was used to stop the van carrying Lakewell. The driver lost control and the van flipped onto its side. The attackers opened fire on the van as the police fired back. Bishop called for urgent assistance and moved to evacuate Arnott and Lakewell.

Bishop couldn’t get onto the van so helped her colleage Jonesy (Sherise Blackman) up instead. She managed to open the side door but as she did a sniper opened fire from a window above. The bullet hit and killed Jonesy. Arnott and the other firearms officers fired back. As they took out the attackers, Arnott managed to get a shot off and killed the sniper.

Back at AC-12, Arnott said that the OCG must have been tipped off by officers from the prison. Bishop pointed out that a leak from AC-12 was also a possibility but Hastings wasn’t convinced. They sat down with Lakewell but he refused to give an interview in the hope that not talking would prevent anyone coming after him in prison.

Pilkington ambushed Davidson as she arrived home. He held a gun to her head and took her inside for a chat, saying he would be staying on the team. The next day Davidson warned Fleming off Pilkington and pointed out that it could lead to people asking questions about why she followed the patrol car to the reservoir.

In prison, Buckells was making a cup of tea and looked very nervous. Lakewell arrived to his cell and was confused why Buckells was there but he said they were going to be sharing. Suddenly Lee Banks (Alastair Natkiel) (criminal from series 5) burst in and garrotted Lakewell as Buckells watched in horror. Banks told him that it was what happened to those who rat.

Elsewhere in the episode, Arnott decided to put his transfer on hold as he wanted to see the current case through. He also kept receiving emails from occupational health. They were urgently trying to get him to book his drugs test but he just kept deleting the emails. Surely they’ll catch up to him eventually, but will he manage to get himself clean in time?

At the end of the episode, Pilkington told Davidson that Lakewell has been killed in prison. She asked what the cause of death was and he said being a rat.

Bishop showed Arnott the DNA from Jatri’s house but said she was confused. They took it to Hastings and he was delighted that they now had evidence against Davidson. However, Arnott said they had an even more significant find and passed Hastings a file. The evidence showed that Davidson shared DNA with a male on the police databases which meant they were blood relatives. We’ll have to wait for next episode for the identity to be revealed!