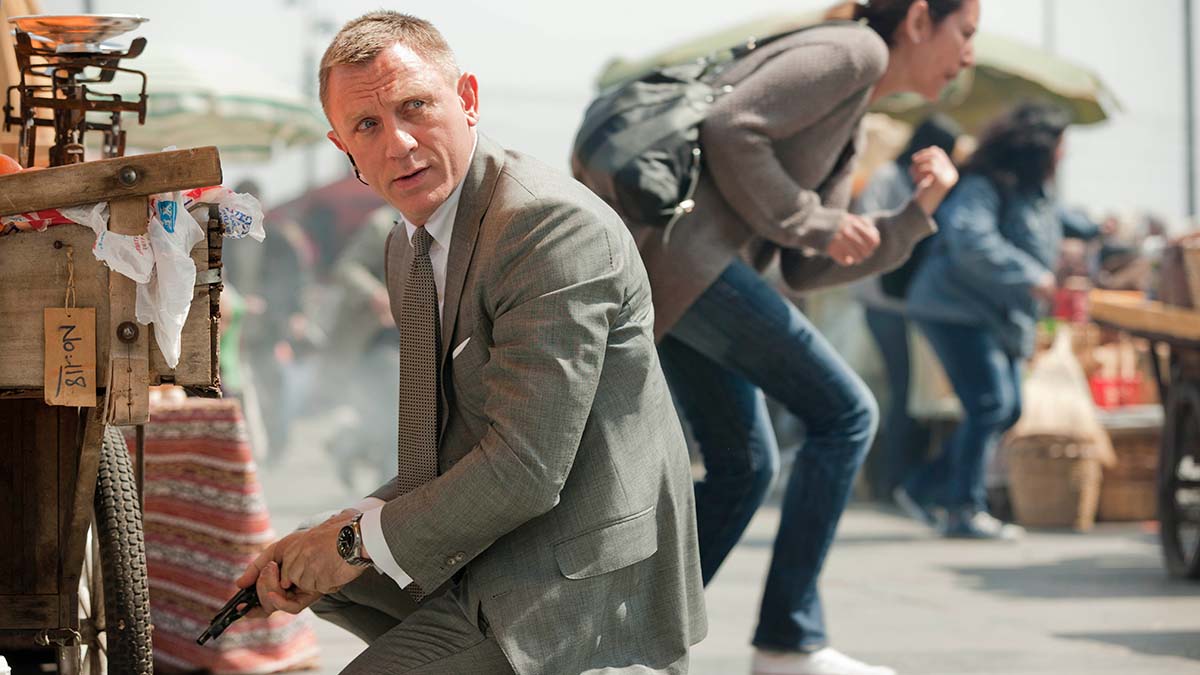 When it comes to blockbuster hits, the Bond series is no stranger, with various titles having grossed millions of dollars at the box office

A total of seven actors have played James Bond since the franchise premiered its first film, ‘Dr. No’, all the way back in 1962. However, ever since the highly coveted role was passed on to Daniel Craig in 2004, the British-born actor has given managed to breathe new life into modern-day 007, lighting up the big screen in fresh and exciting ways.

As fans prepare to see him in action in the series’ latest title which is set to release this fall, ‘No Time to Die’, we thought it only appropriate take a trip down memory lane, ranking each of Craig’s performances as the handsome, diabolic Secret Agent. Spoiler alert: they don’t fall in the same order of their release date.

It’s no surprise that the actor’s debut role as 007 ranks first on our list. The 2006 premier of ‘Casino Royale’ saw the exit of 90’s Bond, Pierce Bronson, and the entrance of muscular, blonde-hair, blue-eyed Daniel Craig. The film’s opening scene marked a huge turn for the franchise, as Craig gets straight to work in a thrilling, black and white flashback fight scene that introduces the world to the new MI6 spy for the very first time.

From here, the movie features a variety of car chases, foot pursuits, and of course, casino scenes, in which the actor shows off his on-screen talent. The most obvious example of this is one of the last scenes where Bond challenges his international enemy, Le Chiffre, to a gripping game of no-limit hold’em and subsequently wins a whopping $120 million, saving the world from impending danger in the process.

Although this legendary scene was not written in Ian Fleming’s original 1953 novel, it only made sense for Bond to play against the villainous Le Chiffre in ‘Casino Royale’ as poker had become a favored activity shown in the movies in the mid-2000s. The combination of Craig’s intensely focused gaming face with the cinematography of the popular variant makes the scene unforgettable.

One thing’s for certain: Craig redefined the image of Bond with ‘Casino Royale’, giving the fictional character a specific edginess not seen before.

Many fans know ‘Skyfall’ as the highest-grossing Bond title of all time, bringing in a cool $304 million in North America alone. Its clear that the film’s success was multi-faceted, the result of a sweet pairing between Daniel Craig and a new Bond director named Sam Mendes. Premiering in 2012 four years after ‘Quantum of Solace’, the movie is jam-packed with impressive stunt scenes and breathtaking action pieces.

In addition to watching Craig scale walls and fight villains atop a skyscraper, the actor manages to deliver his lines with a special type of authenticity that compliments Roger Deakin’s stunning cinematography work. Not to mention 007 shares the screen with Raoul Silva (Javier Bardem), who many consider to be, the best Bond villain of all time.

‘Quantum of Solace’ was the title that came directly after the huge success of ‘Casino Royale’, so obviously fans had huge expectations. Unfortunately, it turned out to be one of Craig’s lowest rated performances, as IMBD gave it 6.6/10 stars in comparison with its prequel which received 8.

Although the typical Bond aesthetic is there with Craig sporting the famous, crisp black suit and daring cutting-edge grin, the plot fell short in many people’s eyes and gave audiences a confusing storyline that was hard to follow. Additionally, the movie features a forgettable, unremarkable villain in Dominic Greene.

The intense rooftop chase that takes place in Quantum of Solace was filmed in this medieval marketplace in Siena, Italy

Last but not least, Daniel Craig’s performance in Spectre falls last on our list due primarily to its dullness. Although the actor takes on an entire host of daring stunts, 007 is ill-equipped with a lack of cool gadgets and glamorous, high-stakes poker competitions.

Similarly to ‘Quantum of Solace’, the plot isn’t as hard-hitting as fans expected, and although big stunts define it as a quality action film, Craig is given little room to portray the classic Bond in all his glory. Another negative aspect of the movie is its length. Until ‘No Time to Die’ hits theatres later this year, ‘Spectre’ remains the longest Bond film in the series at 160 minutes. A hefty running time in the movie industry isn’t always a bad thing, but in this title, audiences can feel how it drags on.

What about ‘No Time to Die’?

With only a few trailers and promotional content having been released, it’s too early to predict where the highly anticipated ‘No Time to Die’ will fall on this list, but fans are hoping that its 2 hours and 43 minutes are full of quintessential Bond moments. Only time will tell what position it deserves.