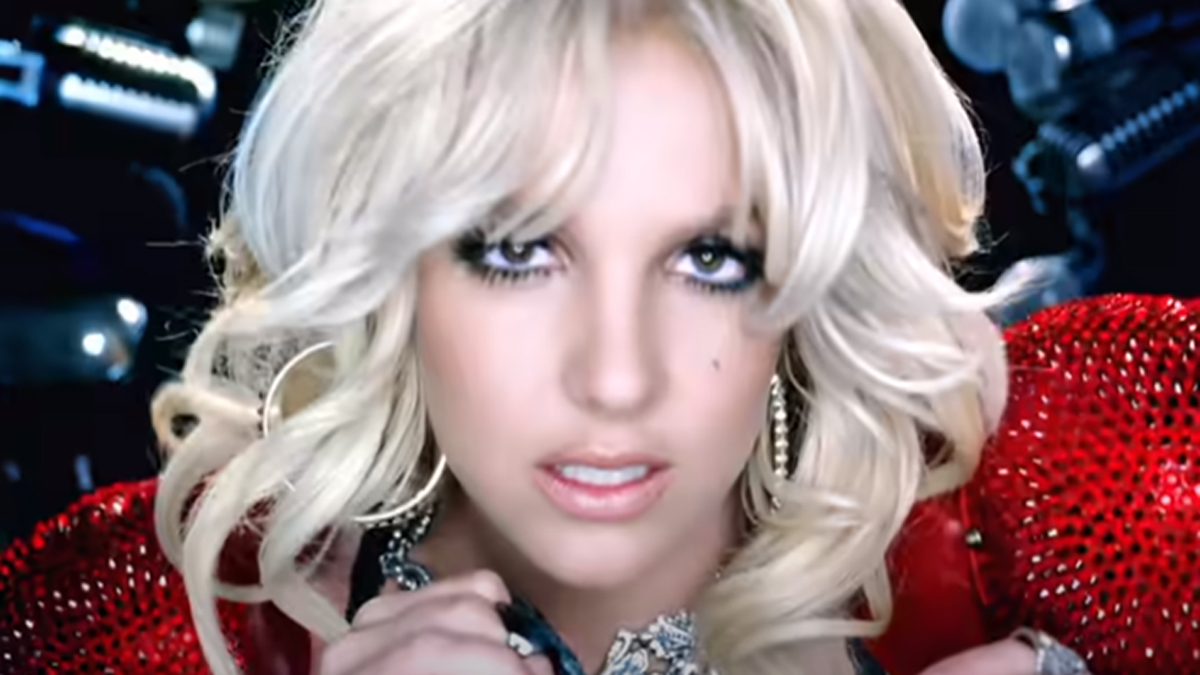 The recording of the album began when Britney was on tour for her ‘Circus’ album in July 2009, but it wouldn’t be til nearly two years later that the ‘Femme Fatale’ album would emerge.

‘Circus’ for the main part, had taken Britney back to mainstream pop following ‘Blackout’ which saw her in a slightly more experimental mood. Where would Britney take us for album seven?

The first clue came from Britney herself when she said it would be more dance music led. The lead single ‘Hold it Against Me’ proved she was serious with its pounding dance beats and a dubstep breakdown in the middle 8. The EDM pop banger was released in January 2011 and gave Britney her 21st UK Top 10 single when it peaked at no.6. The song was written by Max Martin, Dr Luke and Bonnie McKee with producer Billboard and was originally said to be intended for Katy Perry.

For our second tatse of ‘Femme Fatale’, Brit released the Kesha co-penned apocolyptic, party anthem ‘Till the World Ends’. The video narrative ties in with the lyrical content of the song, seeing Britney and her chums living underground in a pseudo-apocolyptic world and having a good old dance; as you would right! Kesha and Nicki Minaj even jumped on a remix of the single.

Britney released her seventh album, ‘Femme Fatale’ at the end of March 2011 and said that the title represented ’empowerment and a very strong woman’, a very important message she wanted girls to hear. Musically she described it in an interview with Vulture as a ‘fresh-sounding album for the clubs or something that you play in your car when you’re going out at night that gets you excited’. She also talked about wanting to experiment and mixing pop, hip-hop and dance throughout the album. Did she bring that blend? Oh yes!

Following the two dance-pop singles the rest of the album brings in elements of all kinds of styles yet still feels like a cohesive dance-pop album that is distinctly Britney, but still a new twist on her sound in places.

Take the third single as an example, ‘I Wanna Go’ which has agressive beats and a heavy bassline, distorted vocal effects in the chorus and an energy that means you can’t sit still. Plus there’s that infectious whistle (reminiscent of several house tracks of the time) in the bridge. The video starts with Britney holding a press conference in which she tells people to go F@#k themselves before being causing trouble whilst being stalked by a Terminator 2 style cop. It turns out to be a dream…or was it?

The track became Britney’s 21st Top 40 US Billboard hit and was written and produced by Max and Shellback with Savan Kotecha (One Direction/Leona Lewis).

The fourth and final single from the album slowed the pace a little; the brilliant mid-tempo track ‘Criminal’. This is definitely an album highlight for me and was released in September 2011 and is most notable for the flute melody in the chorus which is a real ear-worm. It’s another Max Martin and Shellback creation alongside Swedish singer/songwriter Tiffany Amber (aka Sophia Somajo) and deals with falling for a bad boy.

What are the other album highlights? Well let’s start with the song that features the album title (and the only way to pronounce the title in my opinion!) ‘Big Fat Bass’. Written by, and featuring Will.i.am, this song is a bit of a bonkers dance fest. Brtiney sings ‘You can be the treble baby, I can be the bass’ with Will adding the odd ‘It’s getting bigger. The bass is getting bigger.’ Every Britney album has at least one of these leftfield moments and despite being nonsense, I love it!

Another favourite is ‘Trip to your Heart’ which was co-produced by Bloodshy who are also responsible for production on ‘Toxic’ amongst many other hits for various artists. It’s a love song set over choppy electro beats and sees Britney in her higher vocal range as she gently purrs on the track.

My final favourite is one of the bonus tracks on the deluxe version of the album and should definitely have been a single in my opinion – ‘He About to Lose Me’. A mid-tempo, atmospheric track that opens with a guitar riff before building to a crescendo of a warning in the chorus as Brit warns her lover that he could be on the verge of losing her. It’s an absolute Britney classic.

In this article:Britney Spears, Classic Albums