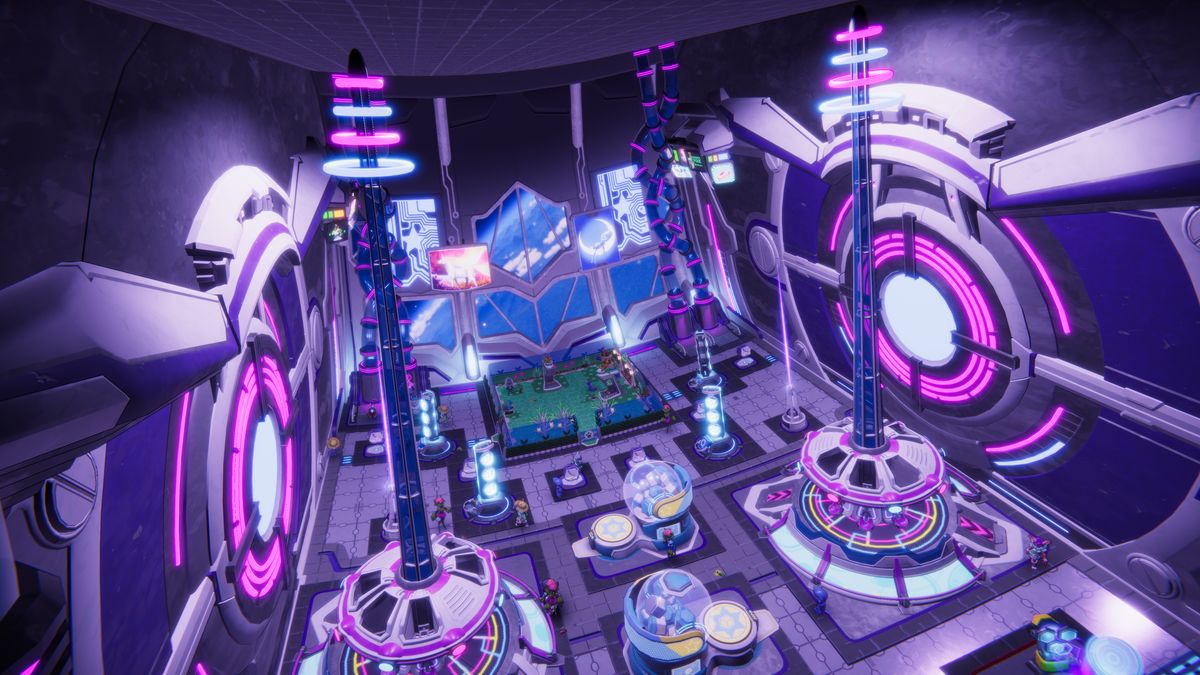 Spacebase Startopia has just been released and is a much deeper game than it might appear on the surface. There are multiple layers of complexity that continue to grow as you progress through the game. I’ve been lucky enough to have been playing the game for over a week now and I’ve learned more than a few lessons along the way. Below, I’ve pulled together some of the biggest lessons I’ve learned that should help you out with your own game.

You can’t have enough Fuzzies

Fuzzies are the backbone of your station, they are the worker bots that build, clean collect and repair and without them your station will grind to a halt. At first it might feel that you have plenty of the little guys to go around, you are wrong. Pretty soon you’ll be finding that your meagre starting allocation isnt nearly enough. Garbage will be piling up, crates won’t be getting collected, rooms won;t be repaired and you’ll end up having to do these jobs manually.

To put it simply, every time there is a chance to get another Fuzzie take it whether it be via V.A.L’s store, a trader or built in your factory. I promise you, the more Fuzzies you get the better life will be.

Your factory can build pretty much everything in the game.

The factory was a building I’d been ignoring for the first few hours of my game. I knew it could build stuff but hadn’t got round to looking into exactly what it can build. When I finally took the time to look into this I was gobsmacked. It can not only build temporary buffs to drop on your guests, it can also be used to build rooms and Fuzzies (see the previous point!)

Given that the resources the factory uses are grown for free on your bio deck the factory offers a great opportunity to get rooms you might not be able to afford from your energy stores.

The Bio Deck is just as vital as the other decks.

You don’t get to place buildings in the Bio Deck and as a result, I hadn’t been paying much attention to what went on there. This was until I had a lightbulb moment after discovering what can be built in the factory.

In short, the Bio Deck is a completely free source of everything you need to keep your station running smoothly and best of all it’s very cheap to run. You’ll need to hire a fair few Dryads to keep this deck running well but once they’ve been on board for a while you’ll have a steady stream of resources. Whilst talking about the Bio Deck, don’t forget to check out the terraforming options where you can change the landscape and dictate what is grown where. I would recommend having at least two areas of Bio Deck unlocked as soon as possible and give half of each over to a different resource. I have found that so far I’m using fibres, minerals, O2 and medicine the most.

Make sure you leave space for your mechs.

As you progress through the game you’ll start to run into more situations that require a more forceful approach, either to take sectors from a rival or defend what you have. Your security drones are average at best at this task and it’s best to build a mech as soon as you can.

As you can imagine, these mechs are big fellas and need room to get about. Sadly, with the benefit of hindsight, I found that they need an awful lot of room to move about. Your guests might be able to move freely between buildings that don’t have gaps between but your mech cannot. If you don’t take into account it’s very easy to build a base that blocks in your mech meaning they can’t get to where they need to be in order to defend your base.

Some buildings can only be built against walls.

Lifts, cargo stores, trading docks and other items can only be built against the wall of your station. Keep this in mind as you plan your layout as there is nothing more frustrating than going to place a room only to find you’ve already blocked off this space with something else.

You need more than one security station.

In the early levels, one security station will suffice. It won’t take long, however, for the need to increase this number to appear. The reason being is that each security station can only field four drones and one mech and if you stick to one station you’ll find your resources severely stretched.

Some missions actively encourage you to engage in combat, enemies can often lurk behind closed bulkheads, pirate invasions become more frequent and if you plan to dabble in the multiplayer aspects of the game you’re going to need plenty of firepower. Remember that if your energy core can’t be defended and gets whittled down to zero it’s game over.

Traders can often supply the stuff you need, you should always welcome them aboard.

The trading dock is a great way of obtaining anything you might be running short of. They sell crates, resources and even complete rooms. They are also more than happy to buy your unwanted stuff so don’t horde things you aren’t using, sell them to the traders to make a quick buck or two. Every time an option appears to allow them entry you should take it.

Accept pirates on your terms, they’re going to come anyway.

Quite often you will get a message stating that pirates are asking if it’s ok to attack your station. If you feel you are in a position to defend yourself you should always grant this request. Not only will you know what deck they will be hitting and be able to prepare for it you are also accepting them on your own terms.

Most requests come with an option to buy them off in order to prevent the attack but I much prefer to use my security drones and mech to take care of business. It’s also worth pointing out that just because you’ve refused the request it doesn’t always mean that they aren’t going to attack anyway, they are pirates after all!

Change the frequency of the autosave and make sure you save before you quit.

The default frequency of autosaves is set at every thirty minutes. This can be reduced to every ten minutes and I recommend you do so. The later levels can take way over an hour to get through and you don’t want to lose too much of your progress should a problem occur.

Finally don’t forget to save your game before you exit. I appreciate this sounds obvious but there isn’t an option to save and quit. If you quit, that’s it and everything you’ve done since your last autosave is lost. I’ve become so accustomed to games simply having the save and quit option that I took it for granted that this would be the same, it’s not!

In this article:Kalypso Media, Realmforge Studios, Spacebase Startopia, Xbox One