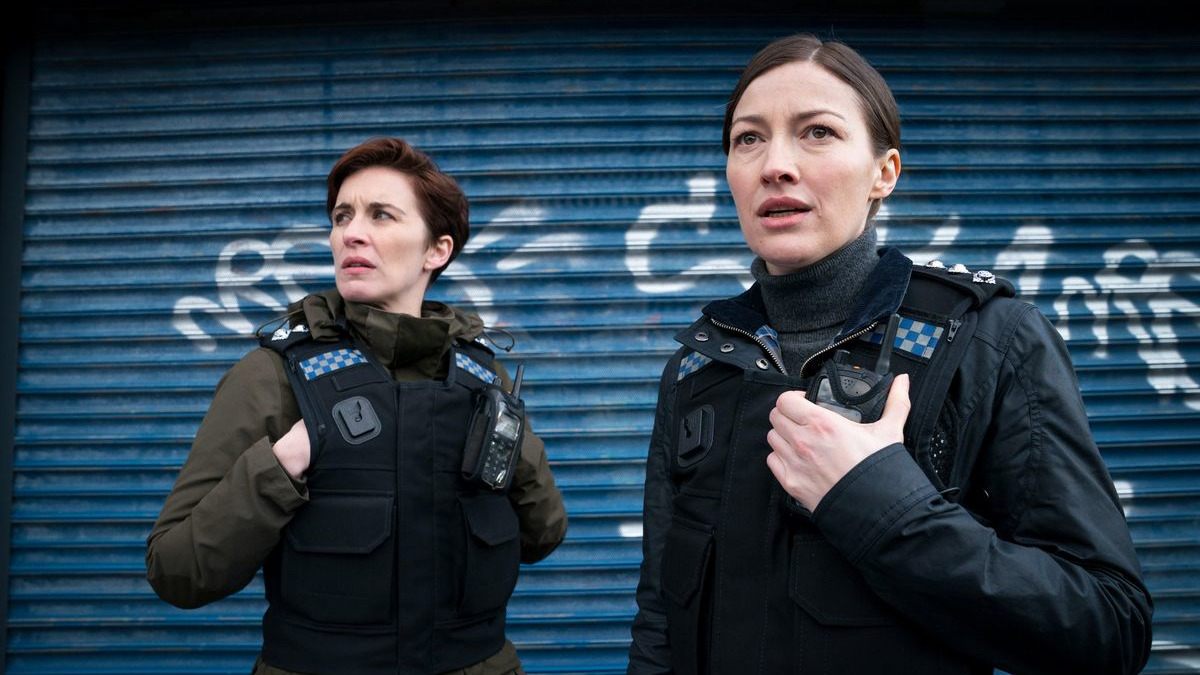 Line of Duty was finally back on our screens tonight after an almost two year wait. Series 6 will feature an extra episode than the last four seasons and will be comprised of 7 episodes in total. The new series got off to a promising start and will already have fans guessing at what’s to come.

An unsolved murder, a raid and a diversion

DCI Jo Davidson (Kelly Macdonald) received new information from a CHIS (Covert Human Intelligence Source), aka an informant, regarding the whereabouts of Ross Turner. He was a suspect in the unsolved murder of investigative journalist Gail Vella (Andi Osho). Surveillance was placed on the property and a raid was swiftly organised as it was a significant breakthrough in the year-old case.

En route to arrest the suspect, Davidson spotted a van which she claimed was the getaway vehicle for an in-progress armed robbery. She made the unpopular decision to divert the raid convoy to tackle this new potential threat. It seemed a strange, if not impossible, call but there was something going on. The team caught a group of lads trying to flee the scene and one was shot when an officer opened fire.

Due to the incident, the firearms team had to stay for forensics to investigate. Davidson had to call in replacements to continue with the original raid and that cost them a lot of time. They arrived at a block of flats and had to go in blind as surveillance didn’t have a view into the property. There was a tense couple of minutes after the initial breach but the team successfully apprehended a man inside their target flat.

The suspect was taken away in a protective suit to preserve any evidence. Initially the suspect seemed to confirm he was Ross Turner but later he turned out to be Terry Boyle (Tommy Jessop), a returning character from series 1 and 5, who has Down syndrome. A search of the flat uncovered fingerprints from Boyle and a known criminal named Carl Banks. There were also some more clippings related to Vella.

Boyle revealed the flat wasn’t his and gave his actual address. A police search found his flat had been surgically cleaned and that his fridge was missing. The only evidence they uncovered was more clippings of Vella covered in semen from Boyle and a garment with gunshot residue. It felt a lot like Boyle was probably being set up.

Davidson needed the CHIS to confirm the identity of the suspect but he had dropped out of contact. She went to his handler but he refused to reveal the identity of the CHIS. Later the CHIS turned up dead. In other suspicious circumstances, a mix-up before the raid had left the team without surveillance for over 3 hours. Is Davidson another bent copper?

Things were familiar yet different at AC-12. Superintendent Ted Hastings (Adrian Dubar) is still in charge, having been lucky to keep his job after the events of series 5. Things still weren’t back to normal though as Hastings discovered that DCC Andrea Wise (Elizabeth Rider) was still leaving him out of meetings. DS Steve Arnott (Martin Compston) is also still working there but bored in his role and apparently also addicted to painkillers. Working alongside them is new team member, DC Chloe Bishop (Shalom Brune-Franklin).

Missing from the usual faces was DI Kate Fleming (Vicky McClure) who has since left the team. Apparently she was “fed up of nicking coppers”. It turns out that her new boss is Davidson.

Following the raid, PS Farida Jatri (Anneika Rose) made a complaint to Arnott about her boss Davidson. He initially dismissed her but upon finding out more he began some investigation. He took the complaint to Hastings who told him he needed more to authorise an official investigation.

Arnott and Bishop obtained CCTV of the convoy which seemed to suggest there was something wrong. It seemed there was probably no way that Davidson would have known that an armed robbery was happening. Her convoy had limited sight of the van and was moving too fast.

Arnott struggled to find out more from Jatri who ignored his calls. After the CHIS turned up dead she contacted him with an update. However, she refused to co-operate further and said that Davidson was dangerous.

Later Davidson was seen going to Jatri’s house with a suitcase. It turned out that they had been in a relatioship but that it was over. Jatri was very upset and seemed rather unstable. Has she complained about Davidson to get back at her over the breakup?

Davidson headed back to her own apartment which was shown to have a VERY fortified door. It feels like there’s more going on here than we currently know. After necking a glass of wine, she threw the glass towards a photograph that seemed to be with her mother when she was younger.

The evidence against Boyle didn’t seem to hold up so Davidson made the decision to let him go. her boss, Detective Superintendent Ian Buckells (Nigel Boyle) was incredibly upset as he was hoping for a breakthrough to tell his superiors. Buckells had something of a tantrum at her which was witnessed by the whole office.

Afterwards, Fleming checked on Davidson and it seemed that Davidson may be interested in her. Davidson thanked her for the concern and held her hand. Maybe Fleming will be able to exploit this relationship?

Arnott decided his best course of action was to approach Fleming. She met with him but needed to think it over as she had been working hard to fit in with the new team. She did give up some new information to help him though.

Arnott took all his findings to Hastings who gave him the authorisation needed to begin an official investigation.

Advertisement. Scroll to continue reading.
In this article:BBC One, Line of Duty