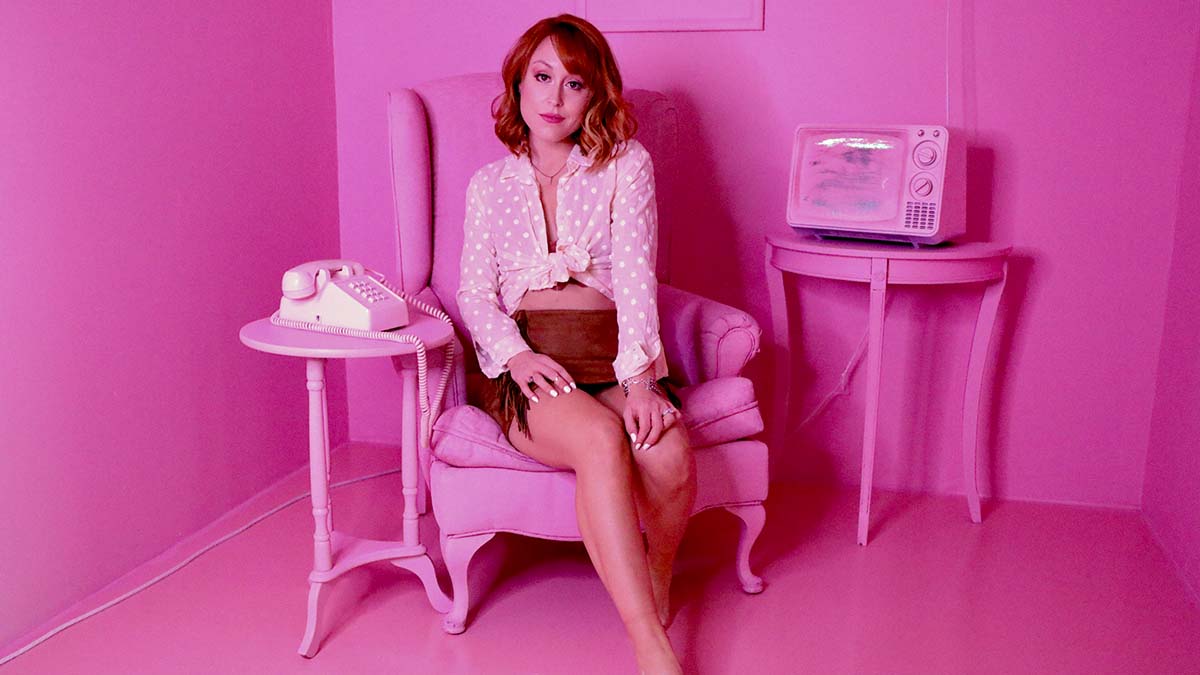 Casi Joy rose to fame on ‘The Voice’ in 2017 when she wowed everyone with her Blind Audition and ended up winning a place on Blake Shelton’s team.

Since her time on the show, Joy has been forging a career for herself in Country music and her EP ‘The Bright Side’ landed in the Top 20. Today, Joy releases her new single ‘The Money, a taster of the music she’s been working on.

I spoke with Casi to find out more about the single, discuss her time on ‘The Voice’ and talk about how she’s been coping during the pandemic…

Your new single ‘The Money’ is available March 19. What’s the story behind the song?

This idea came to me in the car, so I had to do a voice memo snapping to the beat. I was thinking of how there’s this idea that we’re supposed to believe not everything revolves around money, but how that doesn’t ring true if you don’t even have enough to get by. It’s all you think about!  At least, it was for me. Once you actually have money, it becomes less about it. When I wrote this song, all I wanted to do was be able to answer my phone without it being another wolf at the door. I didn’t need to be rich or be in name brands; I just wanted enough to stop robbing Peter to pay Paul. But once you do really break down what’s truly important in life, like love, acceptance, and just plain waking up, it really isn’t about the money. We have to remember that even through all our struggles in life. We still woke up today with another chance to keep trying.

What’s your plan for new music this year? Are you working on a larger body of work or focusing on singles?

I definitely have more music coming out this year! In this new digital age of music, I think it is important to release content consistently. Right now, my plan is to get some great songs out that will lead up to a new EP.  I’m constantly writing new material, so I have enough to put out a larger piece of work, but I want to make sure that I do it the right way and at the right time.

You received a lot of attention when you competed on ‘The Voice’ and made it onto Blake Shelton’s team. What was that experience like for you?

That experience was something I’ll never forget. I learned so much about  the industry, my own brand as an artist, and what it takes to perform at that level. It was a LOT of work, and I’m so grateful for the journey! Also, getting to share the blind audition experience with my family that was there was a dream come true. My parents have been fully involved in my career since I was 5, so to get the 4 chairs, then turn to my right and see my family cheering is something that still drives me to this day. There’s nothing that beats the feeling of seeing your parents THAT proud of you for something you’ve worked for together your entire life. It also validated to me that I was capable of accomplishing the things I set out to do. Never give up on your dreams people!

In what ways would you say working with Blake on the show has helped you with your career?

I think I got neck problems from looking up at him all the time; he is so tall! But I learned SO much from Blake! He was really easy to work with, and made me feel like we were just two artists hanging out. Blake also understood a lot about the Nashville scene, and the struggles of playing on Broadway, so he had a lot of valuable insight there, such as techniques to preserve my voice on long sets, keeping the crowd engaged, etc. Even the smallest piece of advice can make a world of difference! Getting that advice from someone in the industry who has accomplished some of the things I hope to one day is invaluable.

You’ve been in music from a young age. What hurdles have you had to overcome to get where you are now?

I had my first performance when I was five, fell in love with it, and started performing professionally when I was ten. But the first hurdle I had to overcome was… I was actually pretty bad! I sang in this tiny, crackly, nasal voice, but I LOVED to be on stage. So my parents turned my big brother’s old room into my “studio,” which consisted of a karaoke machine and stacks on stacks of karaoke CDs we’d collected. I spent hours in my “studio” learning how to mimic and manipulate my voice (turning my face purple attempting Kelly Clarkson), and put on nightly concerts. By the time I was about 14, I had been singing in the Midwest Opry Circuit for four years, and I think that’s when I finally started to hone it in!

Another big hurdle in the past has been being a female in the business. While I think the industry is heading for change, I can recall a few times that I had lost opportunities to men in the business simply because a promoter thought male performers were a better fit. Each of those experiences have only driven me to work harder to prove that I have what it takes in this business. Another hurdle is the finances that it takes to record new music versus how artists make that money back. Recording costs can skyrocket in an instant, and if you don’t have live gigs to sell that music, it can be very challenging to make a living… hence the inspiration for my new single, “The Money!” Covid can go fly a kite.

Your EP ‘The Bright Side’ reached the Top 20 on the iTunes Country Album chart. What has its success done for you?

I was so proud of that EP! I recorded it in my house with my friends Moh and Sean Giovanni, and didn’t have much budget at all to make or promote it. Without any promotion budget, I didn’t expect it to go anywhere, and just wanted to put out new music. My fans really championed that one, and I can’t thank them enough for putting it on the charts! To be able to say I have an original project that’s charted, is such a milestone, and has helped in many facets of my career. If anything, I was just so full of gratitude seeing that EP do so well, because I wrote all the songs about finding the bright side in every situation. My mission with my music is to spread joy wherever the music takes me, so the success and overwhelming support of an EP based on that, really meant the world.

How have you been keeping creative during the pandemic?

Before the pandemic, like so many others, I was poised for my biggest year of touring, so my husband and I got rid of our house in Nashville and had just purchased a tour bus to be on the road full time. Then the world shut down, and I lost 98% percent of my shows, and wasn’t sure how I was going to make it (queue “The Money”)… Not the best time to have just bought a tour bus that can’t move! What got us through the pandemic were my fans, hands down. For the past two years, before COVID, I had been doing weekly Facebook Live shows with a virtual tip jar where my setlist was entirely made by the fans with requests. I had gotten too busy with gigs to keep up with them weekly, but when the pandemic hit, my stage solely became the camera on my phone. Not only were my fans SO generous, I think it helped us all to feel a little less alone during quarantine. I bonded with my fans, and told them everything over the livestreams. It was so special to see people who started as strangers begin to check in with each other in the comments after “seeing” each other weekly on the streams. Sometimes, social media really is a great thing!

The pandemic sure slowed me down in terms of live shows, but that slow down gave me so much freedom and opportunity to write more. I also put together an impromptu release of my single ‘Poor Angel.’ I felt like the world was going through much of the same thing that I was, and I didn’t want to wait for the pandemic to end before I released new music. We made it in isolation, and my husband and I filmed the music video ourselves on a totally empty Broadway in Nashville; something I never thought I would see! That video debuted on CMT.com, another milestone I didn’t expect, certainly during pandemic! Also, since our live shows had dried up, we had to get creative with shows. The camping industry has been thriving in Covid, so my husband/manager booked a Tour visiting campgrounds/ resorts through the south, playing safe, socially distant shows and putting our bus to work. It’s safe to say we tried to stay as busy as one could in the music biz while in the middle of a pandemic! Until the world opens back up, stay tuned for a show coming to a campground near you!

Besides releasing new music throughout the year, I’ve got a lot of tour dates in the works, and hope to fill the calendar even more! We’re excited to really put the bus to use, and spread joy wherever the music takes us!

Casi Joy’s single ‘The Money’ is available to stream and download now. Take a listen to the song below:

Advertisement. Scroll to continue reading.
In this article:Casi Joy, The Voice