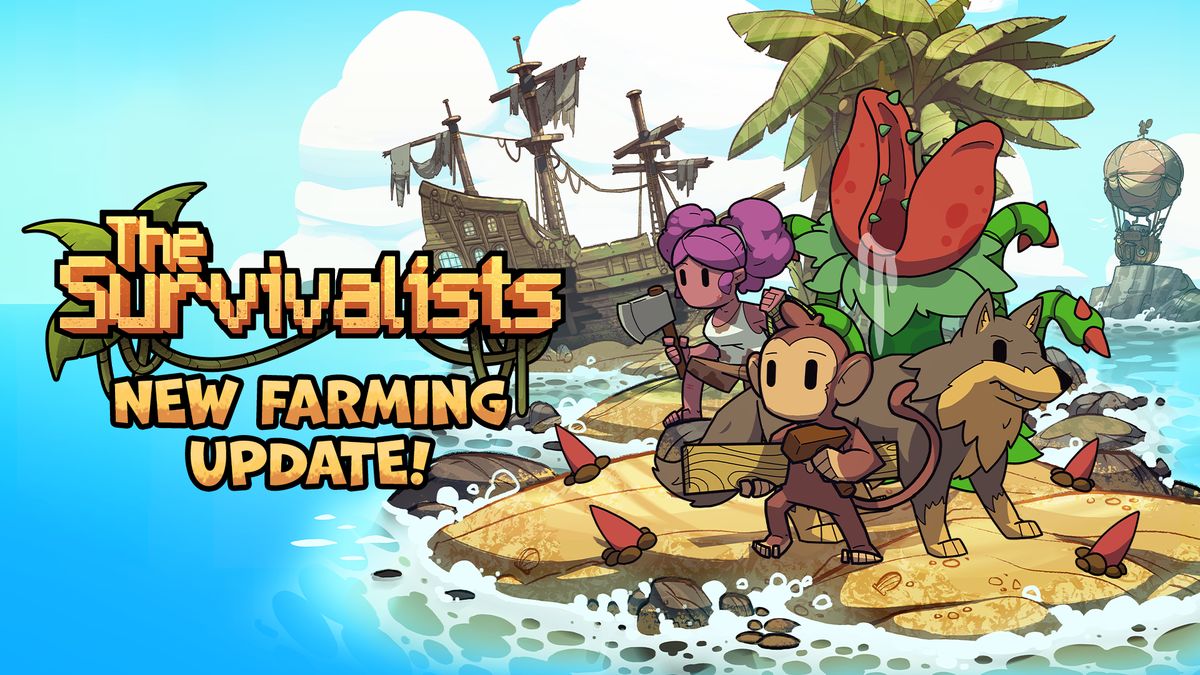 The Survivalists, from Team 17, has today fully embraced its Stardew Valley influence and added the farming update to all console versions. The update is already available on PC and as the name suggests the update introduces crops, widespread improvements on the combat, and a whole host of changes following comprehensive and engaging community feedback.

If you haven’t played the survivalists yet be sure to check out our full review.

Watch the farming update trailer below:

The update lets players plant and harvest crops for resources (even rare ones) while new, dangerous plants can be grown as a defence mechanism. Monkeys can be taught to help with crops via the Monkey Mimic system, and there are new structures, recipes, and items to aid your arable adventure, including a faster raft to make island-hopping more expedient. Combat as a whole has been overhauled too, giving greater control over direction of attacks for more fluid fighting. Lunge and knockback changes have also been made, and stamina has been altered, leaving players less likely to be worn out during combat and harvesting resources.

The update also includes new dyeing and weapon benches, a grindstone for weapon improvements, net and fish traps, a refuse pit to destroy items, and new water and cosmetic features. For a full list of changes included with the Farming Update, check out the official patch notes.

In this article:PS4, Team 17, The Survivalists