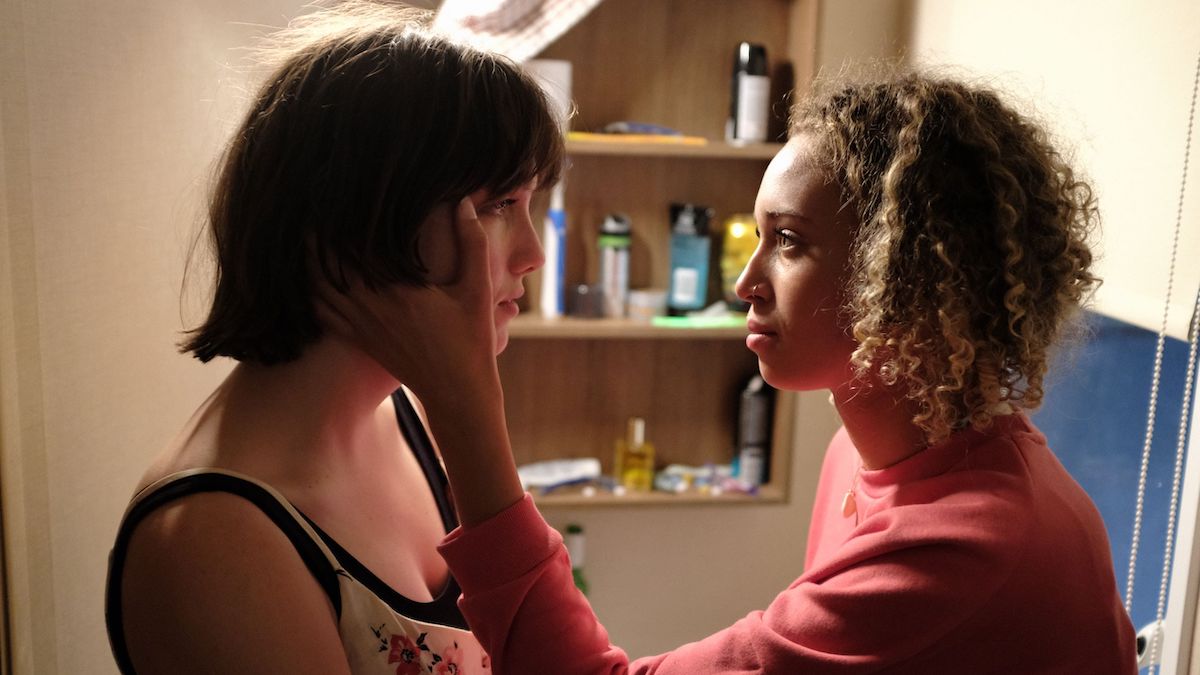 Marley Morrison’s debut feature film, Sweetheart makes its World Premiere at the Glasgow Film Festival this week. An affectionate and angst-ridden coming-of-age tale, Sweetheart announces Morrison as a vibrant new voice in British indie filmmaking, and definitely one to watch.

The film sees AJ (Nell Barlow), an awkward teenager, being taken on holiday by her mum (Jo Hartley) and older sister (Sophia Di Martino) to one of those seaside holiday camps like Butlins or Pontins. Fiercely intelligent, angry, and rebellious, AJ is in that post-adolescent phase of life where everything is a fight and nothing makes much sense.

Having recently come out, she is also trying to figure out who she is, and how to feel comfortable in her own skin. Despite her protestations, perhaps being on holiday is exactly what she needs. For a couple of weeks at least she can be someone new, or perhaps finally discover her true self. When she meets the beautiful and confident lifeguard Isla (Ella-Rae Smith) her life is turned upside down in wonderful and painful ways.

Look, you get no prizes for guessing how this all plays out. Morrison’s film follows the classic coming-of-age / holiday romance formula very closely. But there’s a reason it’s a classic formula – audiences love these movies. They speak to them, and they recognise moments and experiences from their own lives.

This is something that Sweetheart does beautifully. It captures those familiar, universal experiences of youth, framing them via the very specific details of AJ’s story. Nell Barlow’s performance as AJ is note perfect. Spiky and difficult, funny and heart-breaking, she captures that maelstrom of emotions that makes teenagers not always the most likeable people. The rough edges to her character make her feel very real.

Away from AJ’s burgeoning holiday romance, the real central relationship in the film is between mother and daughter. That yawning chasm of confusion and misunderstanding between two people who live under the same roof but might as well be strangers is explored to the full. The scenes between Barlow and the always-excellent Jo Hartley are the film’s secret weapon.

Overall, Sweetheart is film that doesn’t reinvent the wheel, but there’s a real heart to it. For the most part it feels lived in and authentic, but occasionally you can hear it being written. Despite this it’s a funny, tender, and smartly observed drama, with terrific performances across the board. But I think its greatest strength is that young people will watch Sweetheart and feel seen. That can only be a good thing.