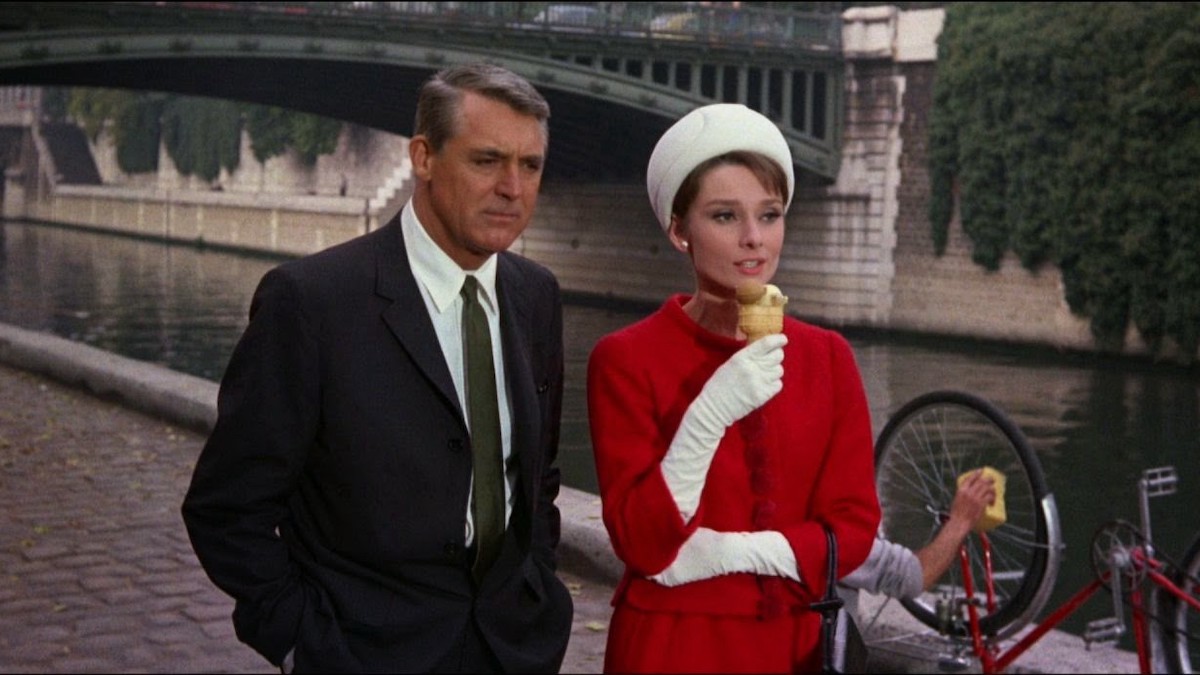 Charade is often thought of as the last hurrah of Hollywood’s golden age, before the new wave of American cinema broke on the shores of Tinseltown and changed everything. Directed by Stanley Donen (Singin’ in the Rain) and starring two of Hollywood’s leading lights in Audrey Hepburn and Cary Grant, Charade is a sparkling reminder of classic movie making done right.

Hepburn plays Regina Lampert, an interpreter who returns to Paris from a ski trip in the Alps to discover her wealthy husband has sold all of their belongings and disappeared. When he is found murdered, three nefarious American men (James Coburn, George Kennedy, and Ned Glass) arrive on the scene, claiming that Regina’s husband stole a great fortune from them, and they want it back.

Her only ally is the charming stranger she met in the Alps, Peter Joshua (Cary Grant), who helps her as she is pursued across Paris by these three men. But can she trust him? Is anyone who they really say they are? To say anymore would be a disservice to those who are unfamiliar with the film. An ingeniously plotted spy caper, full of twists, turns, and macabre wit, Charade is—as many others have said over the years—the most Hitchcock film that Hitchcock never made.

Hepburn and Grant light up the screen, and are a joy to watch. Even playing Regina as something of a nervous klutz, she is a vision of chic elegance, in her iconic Givenchy outfits, and Grant is simply the quintessential movie star. Two films away from retirement, he still has that natural charisma and effortless screen presence.

Grant was reported to have been uncomfortable and slightly embarrassed about the age difference between himself and Hepburn. Lines in the script were re-written to not only have him comment on this, but to also make Regina the romantic pursuer, giving her character a more progressive edge, and moving away from the damsel in distress types she had become famous for in the 50s.

There’s really nothing not to like about Charade. It’s funny, romantic, and thrilling, and bounces along to a cool Henry Mancini score. It has an all-star cast, led by two Hollywood icons. It’s also a delightful whodunnit, with a wonderful foot chase finale through the Paris metro system. Proper Hollywood entertainment.

The restoration from Criterion is excellent. If you want proof rather than taking my word for it, go and watch the un-remastered version of Charade currently streaming on Amazon Prime. Then buy this and watch it again. It’s like a different film. The rest of the bonus content is very light for a Criterion release. There is only a commentary track with Stanley Donen and screenwriter Peter Stone and the original trailer. Slightly disappointing, but still worth it for the excellent restoration.