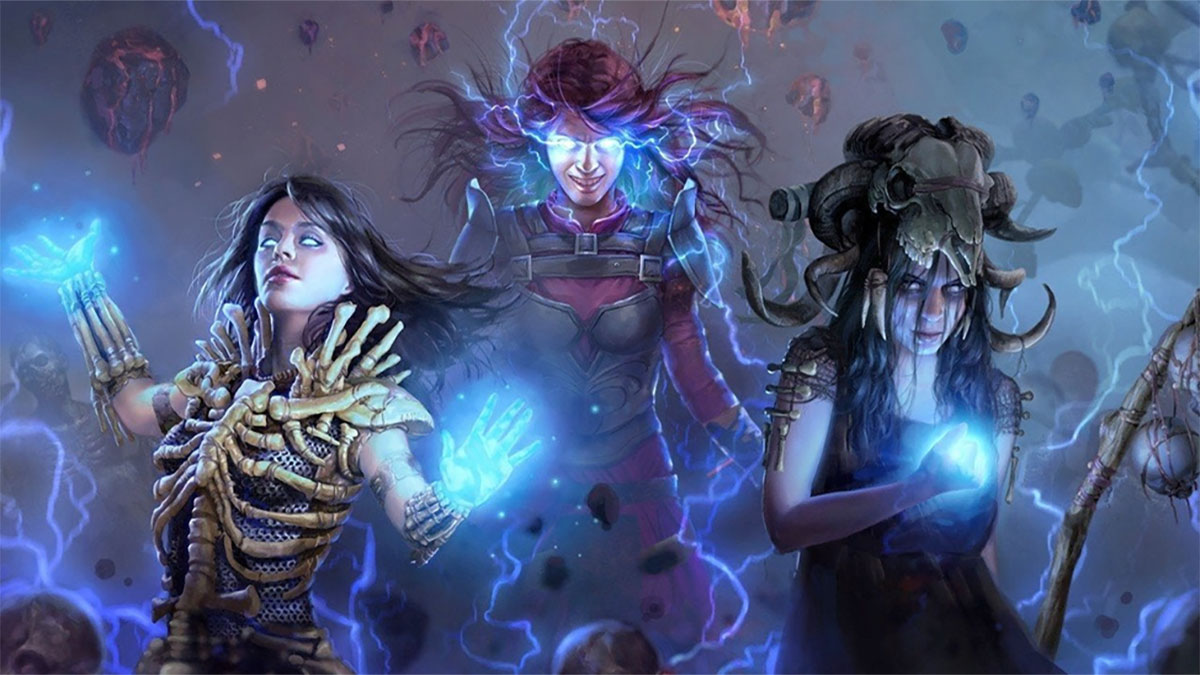 ‘Path of Exile’ and ‘Diablo 3’ are exceptional games that have done a lot for the ARPG genre of gaming.

‘Diablo’ was on top of the list in the beginning, but as time passed, ‘Path of Exile’ became a huge competitor. But the real question is, has ‘Path of Exile’ finally outgrown Diablo 3?

While both the games are mildly different, fans have been asking this question for a long time now, especially considering the fact that you can pick ‘Path of Exile’ up for free, while ‘Diablo 3’ key will set you back a sizeable amount, even while using trusted key price comparison websites like Gamecamp.gg.

Now let’s discuss some of the features of the games, and see who pulls it off better.

Have you ever found yourself feeling bored and irritated with a particular video game’s storyline? Oftentimes, RPGs fail to deliver a coherent storyline, which can be quite off-putting for the players. Furthermore, some games offer a great storyline but fail to make a lasting impact on the player that keeps them from coming back to it.

Keeping that in mind, ‘Diablo 3’ has the most polished storyline you’ll ever see in an ARPG. The developers have done an exceptional job in tying the story of previous games with ‘Diablo 3’, making the campaign absorbing and coherent. However, ‘Path of Exile’ falls short here as it fails to deliver a coherent campaign, making it messy and difficult to understand. Players struggle with finding the main quests and use a detailed guide to find main story missions and understand them.

‘Diablo 3’ has a better grasp on the exceptional delivery of the story, but its campaign isn’t nearly as long as POE’s. You barely need 10 hours with ‘Diablo 3’, whereas POE is offering 30+ hours of in-game content! Sounds amazing, right? It doesn’t end there. Blizzard has released tons of new content, but it’s more of a desperate attempt to keep the game alive. On the other hand, POE never fails to offer high-quality new content, having new quests, skills, and maps for players to try out. However, the best part is that POE has made it easier for players to get high-quality armour through the economy system without having to struggle with difficult content. So, who would you say is the winner here?

Back in the old days, RPGs lacked diversity and depth in the class system and skill tree, having barely 3 to 4 classes with a handful of skills. As time passed, the RPG community grew and changed up quite a few things. The latest RPGs have several classes to work with, along with a multi-class system and complicated skill trees. With that in mind, where do ‘Diablo 3’ and ‘POE’ stand?

Blizzard offers seven unique classes in ‘Diablo 3’, each having its own set of abilities, skills, items, and even armour. Blizzard took a straightforward approach towards the core classes and skills in ‘Diablo 3’, allowing players to easily assign the skills of their choice without having to make a new character. The concept is pretty simple that both new and veteran players appreciate. However, some people find ‘Diablo’ a bit too simple and restrictive.

‘Path of Exile’ also offers seven unique classes like ‘Diablo 3’ with little to no similarities between the two games on this subject. ‘POE’ has taken a step forward, offering the players a dynamic and complex skill tree.  While the skill tree is gigantic, all the classes share the same tree, with only the passive skills being specific for each class. This can be both good and bad as the diversity makes the game so much more difficult for the players, but at the same time, it fails to provide a unique experience for each class.

‘Diablo 3’ was released back in 2012, but its stunning visuals make it appear as one of the latest released games. The smooth mechanics and detailed graphics really make it stand out. However, the veteran players find the visuals and design a little aged. Furthermore, Blizzard hasn’t done much for the soundtracks as well.

Being an indie game with a small studio, ‘Path of Exile’ had a really rough start, especially when it comes to the visuals and mechanics. Nevertheless, GGG takes criticism seriously, and since its release in 2013, POE has come a long way. It is safe to say that POE’s graphics are as good as ‘Diablo 3’, if not better. The gameplay was greatly improved and is much complex than ‘Diablo 3’. You have to keep in mind various mechanics like teleporting, puncturing, stuns, and diverse skills. The intense and challenging combat system makes it perfect for hardcore gamers.

The in-game economy plays an essential role in improving the experience of gamers. Most RPGs lack a proper trading and economic system, making players lose interest as soon as the main storyline ends. Having a well-made economy can raise popularity and sales as well. Some players find the trading system addicting, while others find it useful for earning money.

In the beginning, ‘Diablo 3’ had an auction house where players could buy rare boss items and good armour and sell them as well. Unfortunately, Blizzard discontinued the auction house and lost a lot of players with it. What’s more, the loot system in ‘Diablo 3’ is quite restrictive to the classes and characters, meaning that you can barely trade anything with other players.

The greatest strength that ‘POE’ possesses is its trading system. ‘POE’ is doing a great deal of work for the economic system, making it the biggest reason why people are addicted to it. You can trade anything and everything with other players. Do you know what that means? It’s a great way to earn cash both in-game and in the real world. How? You can sell your POE items and earn some real cash without having to worry about safety or security.

What do you think the success of an RPG depends on? It depends on popular taste, and both ‘POE’ and ‘D3’ are doing an exceptional job in this matter. ‘Diablo 3’ is undoubtedly an incredible game for casual players, whereas Path of Exile attracts hardcore gamers more. Lately, the gaming community has grown bigger and more people are interested in challenging themselves. And that’s not all; GGG listens to the players and is constantly improving POE but, the same cannot be said for Blizzard. So, has ‘POE’ out-grown ‘Diablo 3’? Looking at the points we shared, it definitely has but with not a long stretch.

Advertisement. Scroll to continue reading.
In this article:Diablo 3, Path of Exile