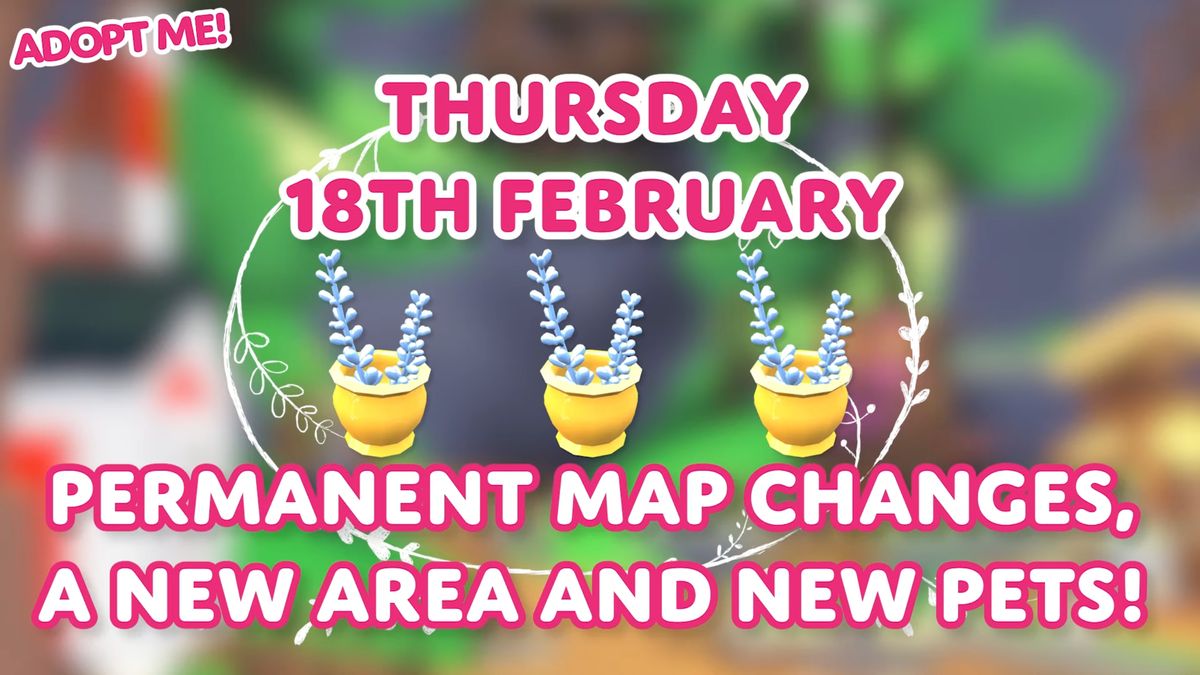 True to their habit of not standing still for long, the team behind Adopt Me are releasing yet another update and have just broadcast a brand new video showing us all the details.

The new Farm Shop update will go live on 18th February at 4 pm GMT. The update will include new items, locations, pets plus an entirely new map layout.

The new Farm Shop area looks like it will include its own grocery store where you can stock up on supplies for yourself and your pet. It also seems to include a brand new water slide which looks like a whole lot of fun.

Of course, what you’re really interested in is the new pets! The video shows off the new ladybird pets in a few different varieties. The basic version is black and red as you would expect but there also appears to be a silvery version which I can only presume is going to be a rarer variant.

The video also hints that to obtain the ladybird pets you will need to get hold of some lavender plants. I suspect this will work in a similar way to the bees and penguins in that you will use the lavender to attract a ladybird from a group with a small chance of getting one of the rarer versions. Sadly, the video doesn’t confirm whether or not the lavender can be purchased with in-game bucks or if we’ll have to use Robux.