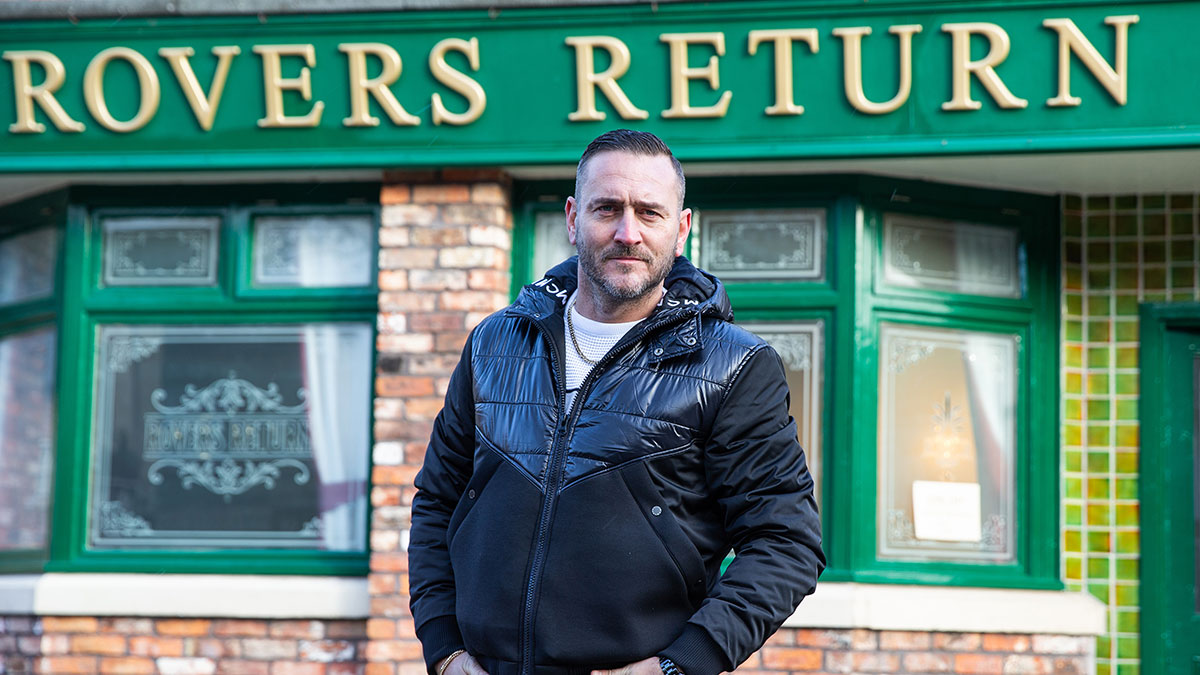 Will Mellor will be heading to Weatherfield next month as he joins the cast of ‘Coronation Street‘.

The Manchester actor will be involved in Leanne Battersby’s (Jane Danson) storyline as she finds herself forced into a dangerous world of drugs and despair.

In the coming weeks we’ll see a still grieving Leanne battling to save son Simon (Alex Bain) from the hands of an evil drugs gang he’s got mixed up in, after losing her other child Oliver to mitochondrial disease.

This fierce maternal instinct to protect Simon is what will throw her into the orbit of drugs lord Harvey, to be played by 44-year old Mellor.

Harvey is Jacob’s ‘boss’ and after Jacob has lured a vulnerable Simon into his trap, it’s Harvey who takes over to pile on the pressure and threats when Simon wants out.

It soon becomes clear that Leanne and Simon are in way too deep and a menacing Harvey has no intention of letting them out of his grasp.

Mellor said. “I’m honoured to be asked to come into Coronation Street, it’s such an iconic show and has been a huge part of my family life. When I started acting 32 years ago it was my mum’s dream for me to be in Corrie so I’m happy to finally be able to make it come true. It’s a Manchester institution and as a Manchester actor this is definitely a box ticked.

Harvey is the first out and out baddie I’ve ever played. It’s a very different type of role for me so I’m looking forward to getting my teeth into the character and making some waves.”

Producer Iain MacLeod added: “I am so excited to welcome Will into our world. He is a fantastic actor who has thrown himself heart and soul into making his character as terrifyingly real as possible. He will have a massive impact on our characters’ lives, from the moment he swaggers menacingly onto the screen.”

Fans can expect to see Mellor on screen from March.